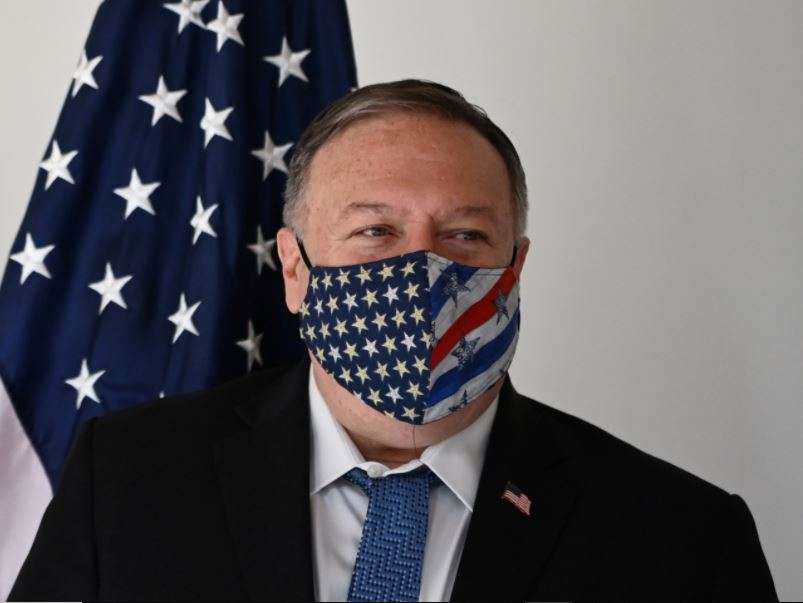 Pompeo’s trip comes despite the coronavirus crisis gripping Washington, which has seen President Donald Trump and a raft of his closest staff and advisors test positive for Covid-19.

Warren Buffett plowed $5 billion into Bank of America during the debt crisis. Here's...

Was poisoned by authorities as they saw me as a ‘threat’, says Navalny

Investors Diurnal Team - October 16, 2020 0
LONDON (REUTERS) - "Human challenge" trials of potential Covid-19 vaccines, where volunteers are deliberately infected with the disease, could become a reality after a British biotech firm said it was in advanced talks with the government to create and provide strains of the virus. Preliminary work for the trials, which aim to speed up the process of determining the efficacy of a vaccine candidate, is being carried out by hVIVO, a unit of pharmaceutical services group Open Orphan, the company said. "We are in discussions with numerous parties including the UK government around a Covid-19 challenge study, and once any of those contracts are signed we will make an announcement," said Open Orphan's executive chairman, Cathal Friel. If agreed, this would involve creating a human challenge study model that could be used should such trials gain ethical and safety approval from regulators. The British government's department for business, energy and industrial strategy (BEIS) was not immediately available for comment. Supporters of human challenge trials say they are a good way to cut short the often lengthy process of testing potential vaccines on tens of thousands of volunteers in the real world who go about normal
World News

Investors Diurnal Team - October 20, 2020 0
BEIJING: China's super wealthy have earned a record $1.5 trillion in 2020, more than the past five years combined, as e-commerce and gaming boomed during pandemic lockdowns, an annual rich list said Tuesday.An extra 257 people also joined the billionaires club in the world's number-two economy by August, following two years of shrinking membership, according to the closely watched Hurun Report.The country now has a total of 878 billionaires. The US had 626 people in the top bracket at the start of the year, according to Hurun in its February global list.The report found that there were around 2,000 individuals with a net worth of more than 2 billion yuan ($300 million) in August, giving them a combined net worth of $4 trillion.Jack Ma, founder of e-commerce titan Alibaba, once again topped the list after his wealth surged a whopping 45 percent to $58.8 billion as online shopping firms saw a surge in business owing to people being shut indoors for months during strict lockdowns to contain the virus.He was followed by Pony Ma ($57.4 billion), boss of gaming giant and WeChat owner Tencent who made an extra 50 percent despite concerns about his firm's US outlook after it was
World News

Investors Diurnal Team - October 21, 2020 0
LONDON: Former Pakistan Prime Minister Nawaz Sharif has said that the overall situation in Pakistan is volatile and two parallel governments control the country.He did not define these two governments but said; "A situation of 'state above state' exists in the country which creates confusion and is not in the interest of the nation and public."Talking to journalists outside the office of his eldest son Hussain Nawaz in central London on Tuesday, he said that whatever has happened in Karachi is enough to prove what "I had been saying for a long time.""There is no need to seek further proofs and evidence to prove the lawlessness in the country. Enough is enough. I never say a word without facts and figures. Whatever I say, it is based on facts and experience," he said.Referring to the arrest of his son-in-law Captain Safdar Awan at a five-star hotel in Karachi on Monday morning, Nawaz Sharif commented that everyone knows who picked him up from hotel room, who arrested him by force and who registered an illegal FIR against him. "These facts can't be ignored easily"."Whatever happened and the way Safdar Awan was arrested is not and can't be permissible in a civilised