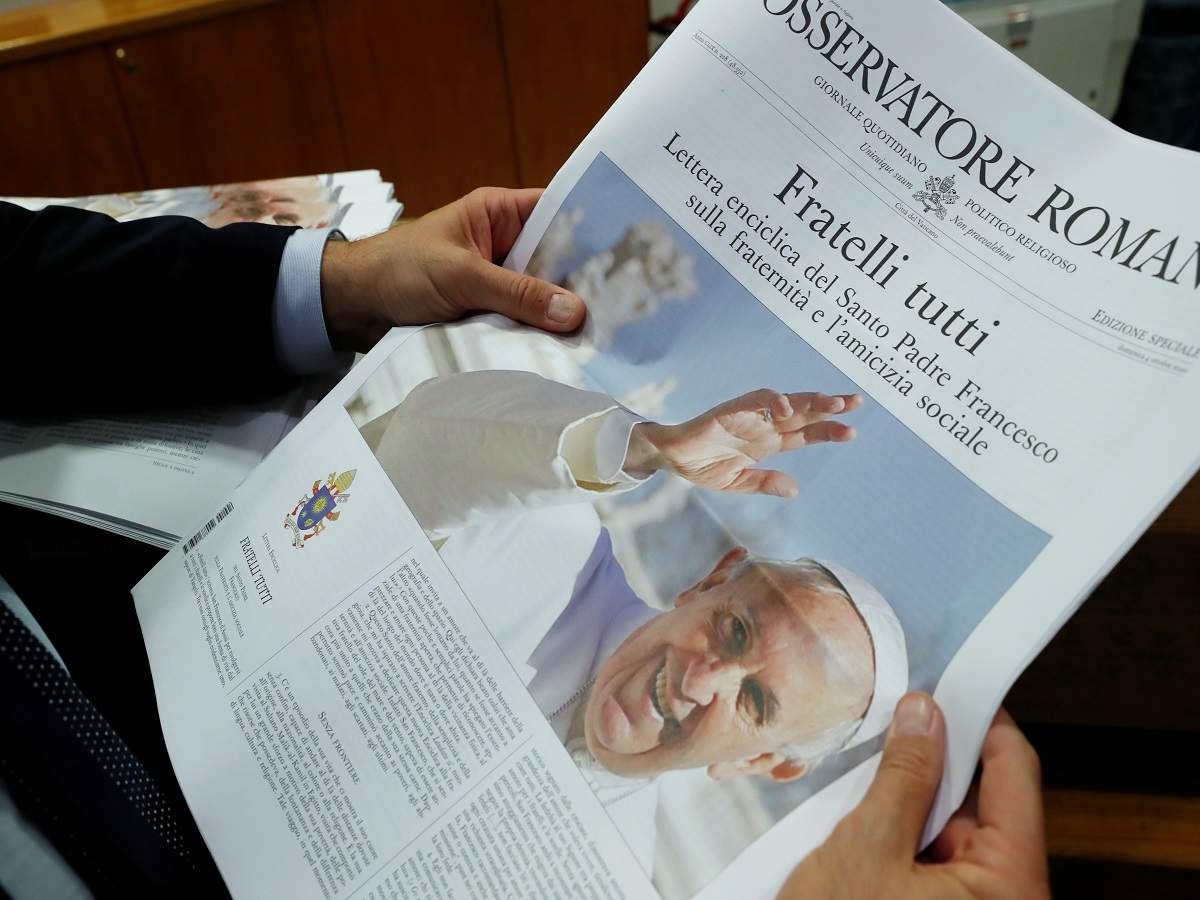 Pope Francis says the coronavirus pandemic has proven that the “magic theories” of market capitalism have failed and that the world needs a new type of politics that promotes dialogue and solidarity and rejects war at all costs.

Investors Diurnal Team - October 20, 2020 0
MOSCOW (BLOOMBERG) - A former employee of the Kremlin's statistics agency says Russia's daily coronavirus mortality figures understate the real toll from the disease in a country where excess deaths could soon be the highest in Europe. Alexey Raksha worked as a demographic forecaster at the Federal Statistics Service for more than six years until he left in July amid a dispute over the virus data. He says he was asked to leave after he criticised the agency, known as Rosstat, which says he left of his own accord. The publicly-available statistics on daily mortality rates "need to be multiplied by three," Raksha, 42, who now runs a one-man demographic consultancy, said in an interview in Moscow. "There is a risk Russia's excess mortality per capita will be the highest in Europe." The latest available official data show that almost 46,000 people who had coronavirus died in Russia between April and August, more than double the total from the daily numbers. Excess deaths for the period are around 115,000, which in proportion to population puts Russia close to Spain and the UK, the European countries with the highest death tolls, according to Raksha. Other experts,
World News

'Lock up the Bidens,' Trump says at US presidential campaign rally...

Investors Diurnal Team - October 17, 2020 0
MACON, GEORGIA (BLOOMBERG) - US President Donald Trump called on Friday night (Oct 16) for Joe Biden and his family to be jailed, escalating his attacks on his Democratic opponent over unsupported accusations as he struggles to reverse his deficit in the polls. "Lock up the Bidens. Lock up Hillary," Trump declared at a rally in Macon, Georgia, stoking the crowd that chanted "lock him up" in favour of the Democratic candidate's imprisonment. "We've learned over the last couple of months: Joe Biden is a corrupt politician," Trump said to his supporters, "and the Biden family is a criminal enterprise." Trump frequently demanded that his 2016 Democratic opponent, Hillary Clinton, be incarcerated over her use of a private email server as secretary of state. It was believed to be the first time he has ever used that sort of attack against the Bidens. The FBI declined in 2016 to recommend charges against Clinton for sending a small number of classified emails through a private server at her New York home. Trailing behind Biden in most opinion polls with the election less than three weeks away, Trump has zeroed in on a New York Post report
World News

Investors Diurnal Team - October 20, 2020 0
DUBAI (AFP) - Brandishing a sword and dancing to traditional music on his first visit to Saudi Arabia soon after taking office, Donald Trump launched a dramatic relationship revamp that freed the hands of the Gulf monarchies. More than three years on, regional leaders are playing their diplomatic cards in support of an erratic but valuable partner in Washington as he seeks a second term - one that would likely lead to even deeper tensions with Iran and more opportunities for their one-time enemy, Israel. The businessman-turned-president's warm ties with the Gulf Arab states contrast with those of his predecessor Barack Obama, whose deal-making with Iran appalled arch-rival Saudi Arabia and its neighbours. As Trump trails in the polls against Joe Biden - Obama's vice-president who would be expected to shift back to a more conventional stance on human rights and arms deals - the oil-rich region faces a delicate balancing act. "The historic visit in May 2017 was the beginning of an exceptional relationship with a US president. It has opened many doors," a Gulf official close to political circles in the region told AFP on condition of anonymity. "Decision makers here would logically