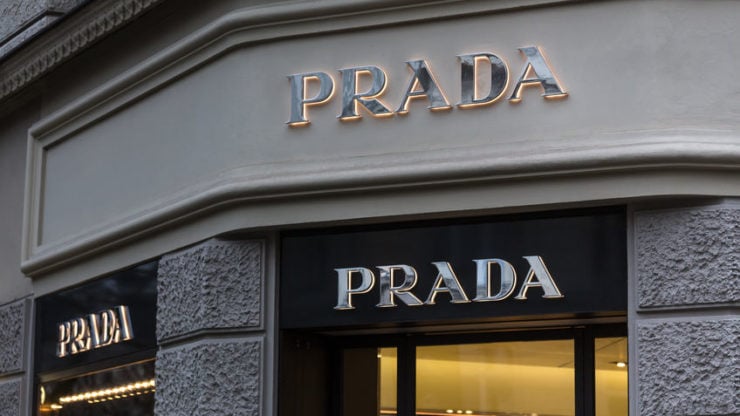 Shares of Prada (HKG:1913) moved to the highest levels observed since 2015 as the company said it expects to return to being profitable despite plunging sales in the first half of the year.

Prada, an Italian luxury fashion house, announced yesterday it has managed to return to profitability near the end of the last year. This is despite suffering immensely in the first half of the year amid the pandemic.

In a trading update, Prada said sales recovered fully to pre-pandemic levels. Earlier, Prada announced that its revenues plunged by 40%, resulting in a 196 million euros operating loss The full-year results are due in March.

“Despite being impacted by ongoing store closures averaging 9% of the network, [Prada] saw a progressive recovery in sales, culminating for the retail sales in a full recovery to 2019 levels in the month of December,” the company said in the statement.

The Italy-based company witnessed a strong recovery in one of its key markets in China, where sales rose 52%. Japan and Europe struggled to sustain its recovery while the U.S. and the Middle East also recorded strong sales.

“I am very satisfied with how we have faced the serious difficulties of the year just ended and how, despite the persistent uncertainty which will likely continue for the next months, we have managed to deliver positive results,” Patrizio Bertelli, Prada’s chief executive, said.

“Thanks to the generous commitment of all group staff, we were able to respond rapidly and consistently to market changes, which has been appreciated by all of our customers.”

Prada stock price recorded a fantastic performance in the two final months of 2020 when it gained about 65%. This way, the buyers managed to clear the multi-year resistance located at 47.80, the level that is now acting as a support line during the pullback.

A sustainable trading activity above this zone would create a solid basis for a continued push higher. The buyers will eye the zone around 56.00 next.

The luxury fashion brand Prada said it managed to close the last year in the green after witnessing a full recovery in the second half of the year.

The lockdown has caused changes of routine

Albertsons Cart is Full as Covid Windfall Gets Extended

Is January a good month for buying Crude Oil?

Investors Diurnal Team - January 17, 2021 0
Crude oil advanced to ten-month highs last week, but the price weakened on Friday, pressured by renewed coronavirus concerns. Travel restrictions and lockdowns will keep demand for oil at low levels for a while, and all of these could send crude oil price below $50 support again. Fundamental analysis: We can’t still be sure when we can see a gradual return to pre-COVID oil demand levels The crude oil price advanced last Wednesday to $53.9, but the price weakened on Friday, pressured by renewed coronavirus concerns and poor global macroeconomic data. The whole world has been facing the COVID-19 crisis for almost a year now, and according to the latest news, Germany might remain in lockdown until early April while the U.K. reported a new record-breaking death toll this week. Vaccination is progressing slower than expected, and the negative news is that the Pfizer vaccine distribution could be delayed in the E.U. The situation is also not good in the U.S., but President Biden’s $1.9 trillion COVID relief proposal still keeps the market in a positive mood. Over 2 million people have died of Covid-19 worldwide, and it is essential to say that China reported its first death in
features

Buying China Mobile shares might be a good idea this February

Investors Diurnal Team - January 26, 2021 0
China Mobile mobile shares have been delisted from the New York Stock Exchange since January 11. Since then, China Mobile mobile shares remain under pressure on the other stock exchanges even though investors in this company stand to gain a lot more for taking a comparatively smaller risk. Fundamental analysis: China Mobile shares are trading at less than eight times forward earnings In November, Donald Trump has signed an order that bans U.S. investors from buying Chinese companies that the U.S. said supported China’s military, intelligence and security services. At the beginning of January, New York Stock Exchange confirmed that it would delist China Mobile and other Chinese telecoms. Last week, the company filed a request in Hong Kong asking the New York Stock Exchange to reverse its decision to delist their American depositary receipts. If the New York Stock Exchange changes its decision in the meantime, that will undoubtedly be positive news for this company’s shareholders. “Removal of stock from a major exchange doesn’t mean investors can’t trade it, but it comes with greater risk. Shares go “over-the-counter,” meaning they’re outside the system of major financial institutions and cannot guarantee sellers will quickly find a buyer without losing
features