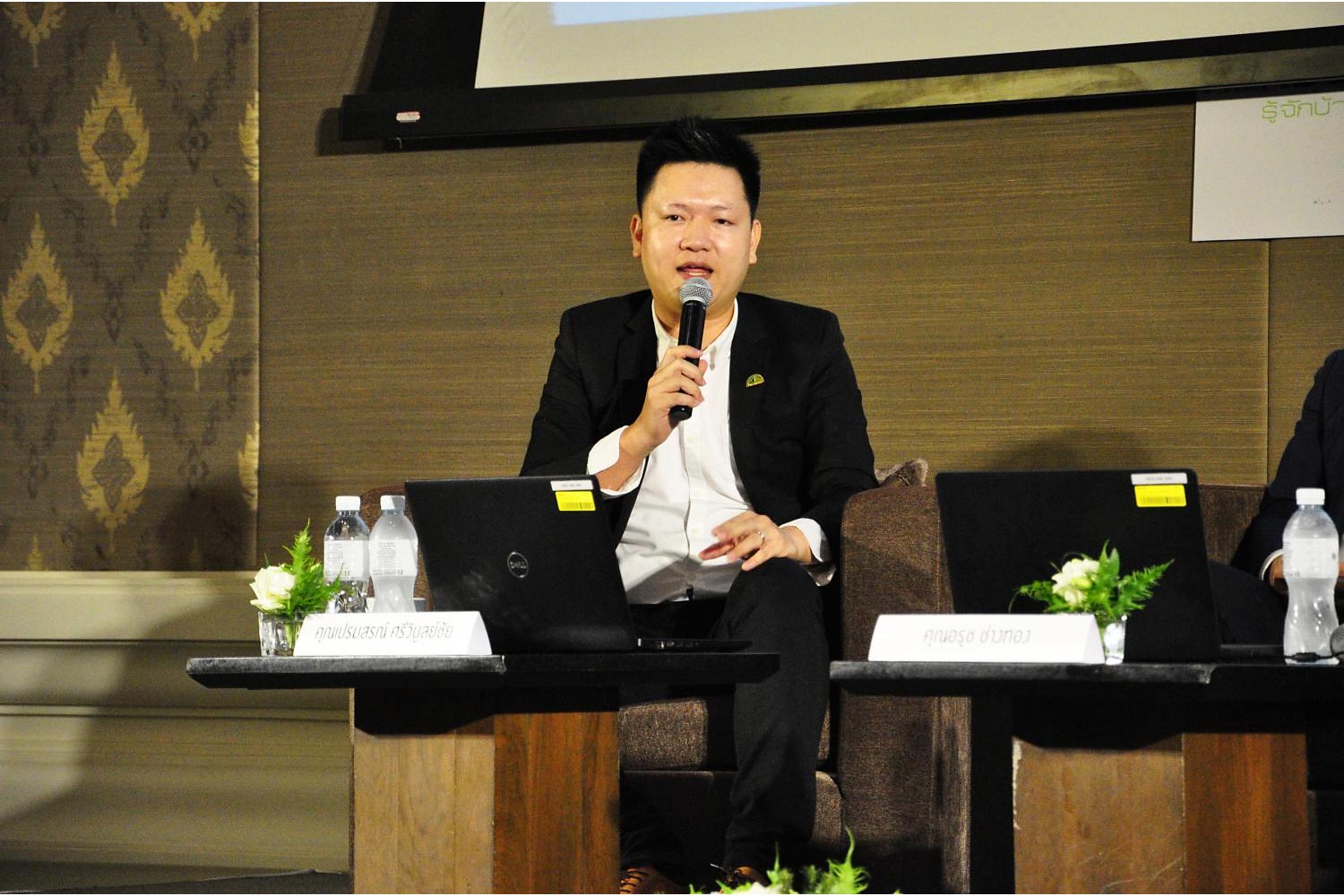 Mr Premsorn says 80% of demand in Rayong was from those working in industrial estates.

The residential market in Rayong will improve next year, led by low-rise housing segment, while a recovery in Chon Buri is foreseeable in 2022, according to the Real Estate Information Center (REIC).

Vichai Viratkapan, REIC acting director-general, said new residential sales in Rayong in the second half of 2021 would total 2,525 units worth 6.14 billion baht, close to the five-year average for this period at 2,663 units.

The largest number of units being sold will be low-rise houses with 2,338 units worth 5.7 billion baht and the rest will be condo units.

“Our estimate is based on the assumption that there’s no political demonstrations,” he said. “If the government launches a stimulus package to boost the property market, the number of units sold will be higher.”

Premsorn Sriviboonchai, president of the Rayong Real Estate Association, said more than 80% of residential demand in Rayong was from those working in industrial estates.

“In the first half, low-rise housing segment was good but the overall market was not,” he said. “So was the industrial sector. Some industries were good but some were not.”

He said housing demand from automotive factories was poor due to layoffs, while the petrochemical and energy segment was strong.

But as some workers at petrochemical factories were impacted, they are reluctant to book a unit.

“Low-rise housing market in Ban Chang and U-Tapao remains healthy,” said Mr Premsorn. “But it is unpredictable how long it will be. It depends on consumer confidence.”

In Chon Buri, new residential sales in the first half this year were quite positive with 7,260 units sold, which was slightly above the five half-year average, worth 25.43 billion baht, according to REIC. It improved from 6,270 units worth 20 billion baht in the second half last year.

However, REIC forecast a drop to 4,208 units worth 15.53 billion baht in the second half of 2020 due to the strong impact of the virus spread.

“A sharp decline in the second half this year to the bottom is attributed to the economic slowdown,” said Mr Vichai. “It will gradually improve next year but likely return to normal level in 2022.”

“Purchasing power of people working in the tourism sector in major destinations has shrunk. Hotel staff were either unemployed or must take leave without pay,” he said.

“Many of them now receive an income on an hourly-basis as hotels do not open daily.”

During three months of the lockdown, many hotel staff used up their savings or borrowed to survive.

After the restrictions were eased, their earning will focus on consumption and daily life, while postponing home purchase and opting to rent instead.

Meesak Chunharuckchot, president of the Chonburi Real Estate Association, said the Eastern Economic Corridor (EEC) can boost property market in Chon Buri, the same as the Eastern Seaboard did in the past.

“The impact from the trade war and the pandemic has affected exports of many industrial sectors. Those facing a heavy burden were blue collar, as seen from the slowdown in sales of townhouses priced between 1.5 and two million baht a unit.”

Transportation networks and smart city development initiated by the EEC will also be able to drive the property market in Chon Buri, Rayong and Chachoengsao, he added.

Let's get it straight

If You Are a U.S. Headquartered Lending Institution That Owned, Held,...

Investors Diurnal Team - October 29, 2020 0
The coming deluge The increase in office supply will prove a greater challenge than remote working policies, with an upgrade in standards a likely necessity The need to control costs has been more of a drag on the office market than work-from-home policies. (Photo: Varuth Hirunyatheb) Despite being the most resilient property sector, the Bangkok office market is being challenged by economic uncertainty during and after the coronavirus pandemic, with an influx of future supply either planned or under construction. Yupa Sathienpabayut, head of office leasing at property consultant JLL Thailand, said demand for office space in Bangkok this year has softened slightly. "The slowdown in demand has been exacerbated by the immediate need for corporations to put a greater focus on cost control, which is more of a drag than the work-from-home trend," she said. Ms Yupa said leasing activity has been dominated by renewals. Most companies have put their office
Construction

Investors Diurnal Team - November 23, 2020 0
Sirius Real Estate’s pre-tax profit slides to £55.22 million in fiscal H1. The property company raises its dividend to 1.62 pence per share. Sirius saw a 10% annualised growth in revenue to £70.40 million in H1. Sirius Real Estate Ltd. (LON: SRE) said on Monday that its pre-tax profit in the fiscal first half came in lower than last year. The company, however, expressed confidence that its revenue remained robust in recent months, on the back of which, it raised its dividend on Monday. Sirius Real Estate opened about 3.5% up on Monday and gained another 1% in the next hour. On a year to date basis, it is now close to 3% down in the stock market but has recovered roughly 90% since late March, when COVID-19 disruptions had weighed heavily on its stock. Are you looking for fast-news, hot-tips and market analysis? Sign-up for the Invezz newsletter, today. Sirius Real Estate raises its dividend to 1.62 pence per share The company that primarily invests in German business parks said that its pre-tax profit in the six months that concluded on 30th September printed at £55.22 million. In comparison, its profit in the same period last year
Real Estate

The lowdown on low rates

Investors Diurnal Team - October 29, 2020 0
Lower prices at residential projects and attractive interest rates for housing loans are supporting healthy mortgage loan growth amid the Covid-19 pandemic, with the positive trend mainly deriving from real demand. The Bank of Thailand announced second-quarter housing loan growth in the overall commercial banking system of 4.4% year-on-year. Housing loans were a key segment contributing to a second-quarter consumer loan expansion in the commercial banking sector of 4.8%, albeit a slower pace than 5.6% in the previous quarter. Housing loans classified as Stage 3 under the new accounting standard, Thai Financial Reporting Standards 9 (TFRS 9), or non-performing loans (NPLs), came in at 4.04% in the second quarter, unchanged from the first quarter, mainly due to the central bank's debt relief measures, especially the debt holiday policy. But the bad-debt ratio of this loan segment continued to increase from 3.23% in 2017, 3.25% in 2018 and 3.71% in 2019, owing to the new standard. Meanwhile, Stage 2 housing loans under TFRS 9, falling under the heading of special mention (SM) loans, were 6.03% in the second quarter, down from 6.65% in the first quarter. They are up sharply from 1.91% in 2017,