TORONTO, July 24, 2020 /CNW/ – Roots (“Roots,” “Roots Canada” or the “Company”) (TSX: ROOT), a premium-outdoor lifestyle brand, today announced the results of voting at its Fiscal 2019 Annual and Special Meeting of Shareholders held earlier today (the “Meeting”). Each of the matters voted upon at the Meeting as set out below is described in greater detail in the Notice of Annual and Special Meeting of Shareholders and Management Information Circular of Roots dated June 18, 2020. 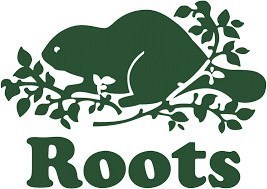 The total number of shares represented by holders by proxy at the Meeting was 21,241,989, representing approximately 50.43% of Roots outstanding shares entitled to be voted.

Election of Directors
All of the nominees listed in the management information circular prepared in connection with the Meeting were elected as directors by a resolution passed by a majority of the shareholders present or represented by proxy at the Meeting, to hold office until the next annual meeting following their election or until their successors are elected or appointed, without a ballot being conducted. The following represents the proxies received with regard to such matter:

Appointment of Auditors
KPMG LLP was reappointed as auditor of Roots and the directors were authorized to fix the auditor’s remuneration by a resolution passed by a majority of the shareholders present or represented by proxy at the Meeting without a ballot being conducted. The following represents the proxies received with regard to such matter:

Amendment to Omnibus Equity Incentive Plan
The adoption of the amendment to Roots omnibus equity incentive plan was approved by a resolution passed by a majority of the shareholders present or represented by proxy at the Meeting without a ballot being conducted. As a result, the total number of common shares available for issuance under the omnibus equity incentive plan has increased from 1,679,220 common shares to 3,679,220 common shares. The following represents the proxies received with regard to such matter:

About Roots
Established in 1973, Roots is a premium outdoor-lifestyle brand. We unite the best of cabin and city through unmistakable style built with uncompromising comfort and quality. We offer a broad range of products designed for life’s everyday adventures, including: women’s and men’s apparel, leather goods, footwear, accessories, and kids, toddler and baby apparel. Starting from a little cabin in Algonquin Park, Canada, Roots has grown to become a global brand. As of May 2, 2020, we operated 114 corporate-retail stores in Canada, two corporate-retail stores in the United States, 115 partner-operated stores in Taiwan, 37 partner-operated stores in China, two partner-operated stores in Hong Kong and a global eCommerce platform, roots.com. Roots Corporation is a Canadian corporation doing business as “Roots” and “Roots Canada”.

Insights on the Fatty Alcohol Global Market to 2026 – Featuring BASF, Ecogreen Oleochemicals & Godrej Industries Among Others

How to Buy a Home Together When You're Not Married

PNC Will Be Regional No More

Guitar Center, the largest retailer for musical instruments in the US,...

Investors Diurnal Team - November 22, 2020 0
View of a Guitar Center store in Hollywood, California. Valerie Macon/AFP via Getty ImagesGuitar Center, the largest musical instrument retailer in the US, has filed for bankruptcy. The company announced Saturday it was entering the Chapter 11 restructuring process, during which it'll stay in business. Guitar Center said it expects to finish up the process by the end of the year. Like other physical retailers, Guitar Center has felt the negative impacts of consumers' increasing reliance on e-commerce, as well as the forced closures of many of its stores during the coronavirus pandemic. Guitar Center, the largest retailer for musical instruments in the US, is the latest company to file for bankruptcy in the wake of the coronavirus pandemic. The retailer announced Saturday it had filed for Chapter 11 bankruptcy protection "to significantly reduce our debt and enhance our ability to reinvest in our business." Guitar Center aims to emerge from bankruptcy before the end of the year, the company said. The possibility of Guitar Center's bankruptcy filing was first reported in October by Bloomberg. According to the company's bankruptcy filings, Guitar Center has been forced to seek protection in part due to "the economic upheaval created by the persistence of the Covid-19 pandemic." The company also faces a "significant debt burden" standing at roughly $1.3 billion in debt, the New York Times reports. Guitar Center is one of the retailers hit hard by the coronavirus pandemic: The retailer told the New York Times in March it had closed 75% of its stores during nationwide lockdowns. Social-distancing efforts and stay-at-home measures have forced storefronts across the US not deemed essential businesses to temporarily close. With nearly 300 storefronts across the US, Guitar Center heavily relies on in-person sales to stay afloat. Although the company has an online store for purchasing musical instruments, it's been forced to offer alternatives — like virtual music lessons — during the pandemic to try to reverse its economic downturn. According to its bankruptcy filing, Guitar Center said it had secured $165 million in new equity investments, and intends to reduce its debt by $800 million. The company will continue to pay its employees and operate its storefronts as normal during the Chapter 11 process, Guitar Center said. Guitar Center is not the only retailer to have to file for bankruptcy during the pandemic. Both Century 21 and Lord & Taylor filed for bankruptcy this year, and made the decision to go out of business and close their storefronts. Other retailers like Muji, Brooks Brothers, JCPenney, and Pier 1 have also filed for bankruptcy in recent months.
Markets

SCYNEXIS to Participate in Piper Sandler and Evercore ISI Conferences