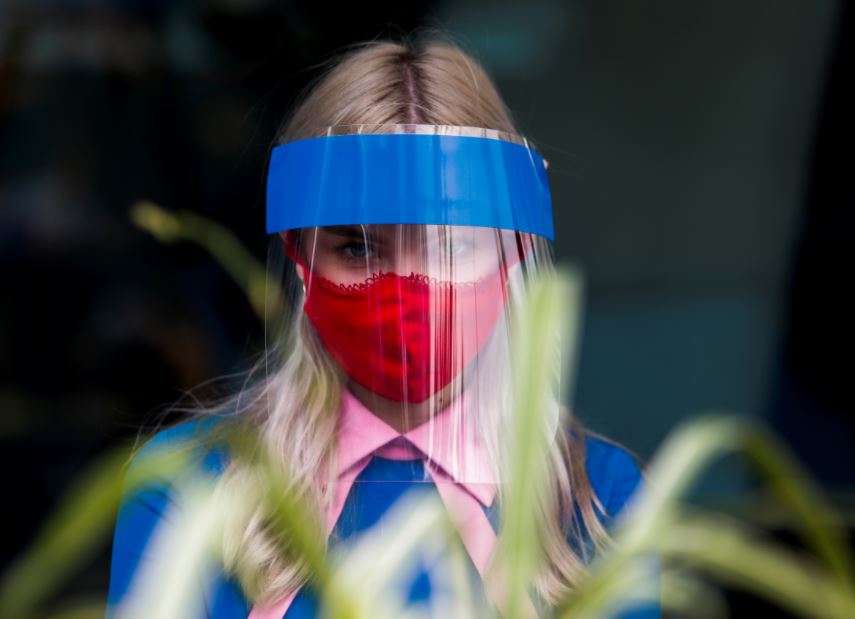 “In the past 24 hours, Russia has confirmed 13,634 COVID-19 cases in 85 regions, of which 3.587 (26.3 percent) were detected actively, with people showing no clinical symptoms,” the response center said in a statement.

While You Were Sleeping: 5 stories you might have missed, Oct 28

Tropical Storm Zeta south of Cuba to gain power as it heads north towards...

Investors Diurnal Team - October 20, 2020 0
LONDON (REUTERS) - Passengers will undergo a one-hour coronavirus test before flying out of the United Kingdom under plans to open up international travel, The Times reported on Tuesday (Oct 20). Rapid tests will be introduced from Tuesday at Heathrow Airport to allow travellers to enter countries where a negative Covid-19 test result is needed to skip quarantine, the newspaper said. Testing will begin initially for travellers going to Hong Kong and Italy, Times said. According to the report, passengers require to book a test in advance at a cost of 80 pounds (S$140). Heathrow Airport did not immediately respond when contacted by Reuters. Last week, Britain's transport minister Grant Shapps said his coronavirus testing plans would get more people flying in the months ahead. Related Stories:
World News

Seven dead, 120 injured in blast at madressah in Peshawar

Investors Diurnal Team - October 27, 2020 0
PESHAWAR: An explosion at a mosque and madressah (religious seminary) in Pakistan's northwestern city of Peshawar on Tuesday left at least seven people dead and more than 120 injured, several of them children.The blast took place at around 8:30 local time at the Speen (white) Jamaat mosque, which also serves as a religious school, named Jamia Zubairia Madressah, for local community in the city's Dir Colony."Students, including many adults, were studying the Quran when the explosion occurred," Peshawar's police chief Muhammad Ali Khan told reporters at the scene. Shafqat Malik, the chief of bomb disposal unit of provincial police, said the devise used for bombing was sophisticated in design and involved a timed detonation. "The forensic evidence that we have collected, shows that about 5kg of explosives were detonated through a timed device," said Malik."It seems to be a high-quality device, which appears to use TNT. There has been a lot of damage, and this attack was carried out after a proper planning," he added. According to the seminary's administration, more than 1,000 people study at the madressah and nearly 130 people were inside the prayer hall when the blast happened. Majority of the victims are children and teachers.An eyewitness
World News

Investors Diurnal Team - October 17, 2020 0
WASHINGTON (REUTERS) - Global coronavirus cases rose by more than 400,000 for the first time on Saturday (Oct 17), a record one-day increase as much of Europe enacts new restrictions to curb the outbreak. Europe, which successfully tamped down the first surge of infections, has emerged as the new coronavirus epicentre in recent weeks and is reporting on average 140,000 cases a day over the past week. As a region, Europe is reporting more daily cases than India, Brazil and the United States combined. Of every 100 infections reported around the world, 34 were from European countries, according to a Reuters analysis. The region is currently reporting a million new infections about every nine days and has reported more than 6.3 million cases since the pandemic began. Major European countries - United Kingdom, France, Russia, Netherlands and Spain - accounted for about half of Europe's new cases in the week to Oct 18, according to Reuters tally. France is reporting the highest seven-day average of new cases in Europe with 19,425 infections per day followed by the United Kingdom, Russia, Spain and Netherlands in worst affected European countries. Several European