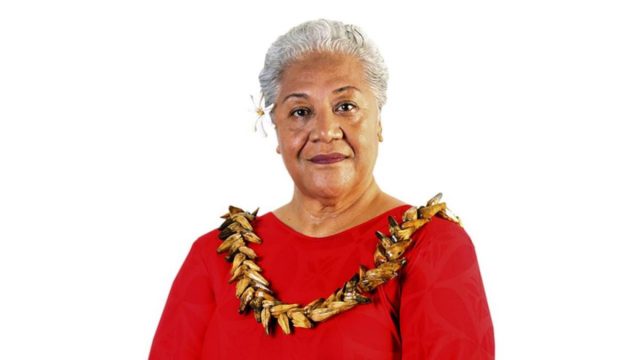 An impasse between Samoa’s incumbent prime minister and female opposition leader could see a backlash against gender quota rules and stop other women from entering politics across the Pacific, analysts warn.

In an apparent effort to overcome a month-long impasse, the Pacific nation’s head of state said an election should be held again on May 21, but this was overruled by the Supreme Court, which rejected the creation of an additional parliamentary seat.

Russia Removing All US Dollar Assets From Its $600 Billion National Wealth Fund –...

Hopes for Iran nuclear breakthrough 'within weeks' but success 'not guaranteed'

EDITORIAL: War dead beg a few moments of our time this weekend | Editorial

Investors Diurnal Team - April 26, 2021 0
STOCKHOLM: Military expenditure worldwide rose to nearly $2 trillion in 2020, defying the economic impact of the Covid-19 pandemic, researchers said Monday. Global military spending increased by 2.6 percent to $1,981 billion (about 1,650 billion euros) in 2020, when global GDP shrank 4.4 percent, according to a report from the Stockholm International Peace Research Institute (SIPRI). Diego Lopes da Silva, one of report's authors, told AFP the development was unexpected. "Because of the pandemic, one would think military spending would decrease," he said. "But it's possible to conclude with some certainty that Covid-19 did not have a significant impact on global military spending, in 2020 at least," Lopes da Silva said. He cautioned however that due to the nature of military spending, it could take time for countries "to adapt to the shock". The fact that military spending continued to increase in a year with an economic downturn meant the "military burden", or the share of military spending out of total GDP, had increased as well. The overall share rose from 2.2 percent to 2.4 percent, the largest year-on-year increase since the financial crisis of 2009. As a result, more NATO members hit the Alliance's guideline target of spending at
World News

Investors Diurnal Team - April 22, 2021 0
TEHRAN: As Iran faces what looks like its worst wave of the coronavirus pandemic yet, Tehran commuters still pour into its subway system and buses each working day, even as images of the gasping ill are repeatedly shown on state television every night. After facing criticism for downplaying the virus last year, Iranian authorities have put partial lockdowns and other measures back in place to try and slow the virus' spread. But in this nation of 84 million people, which faces crushing US sanctions, many struggle to earn enough to feed their families. Economic pressure, coupled with the growing uncertainty over when vaccines will be widely available in the Islamic Republic, have many simply giving up on social distancing, considering it an unaffordable luxury. That has public health officials worried the worst of the pandemic still may be yet to come. "I cannot stop working," said Mostafa Shahni, a worried 34-year-old construction worker in Tehran. "If I do, I can't bring home bread for my wife and two kids." Iran is now reporting its highest-ever new coronavirus case numbers - more than 25,000 a day. Its daily death toll has surged to around 400, still below the grim record of
World News

Investors Diurnal Team - April 28, 2021 0
LONDON (REUTERS, BLOOMBERG) - Britain is working on using the existing National Health Service (NHS) coronavirus app to show that people have received their Covid-19 vaccine for international travel, Transport Secretary Grant Shapps said on Wednesday (April 28). "It will be the NHS app that is used for people when they book appointments with the NHS ... to be able to show that you've had a vaccine or that you've had testing, and I'm working internationally with partners across the world, to make sure that that system can be internationally recognised," he said. He told Sky News he would be chairing a meeting of G7 transport ministers from the G7 next week to discuss the plan further. Britain has earmarked May 17 as being the earliest date when international travel would be allowed for non-essential reasons following a winter lockdown, with a "traffic light system" based on individual countries' Covid-19 risk levels. Shapps said he would set out into which categories countries would be placed early next month. "The data does continue to look good from a UK perspective notwithstanding those concerns about where people might be travelling to and making sure that we're protected from the