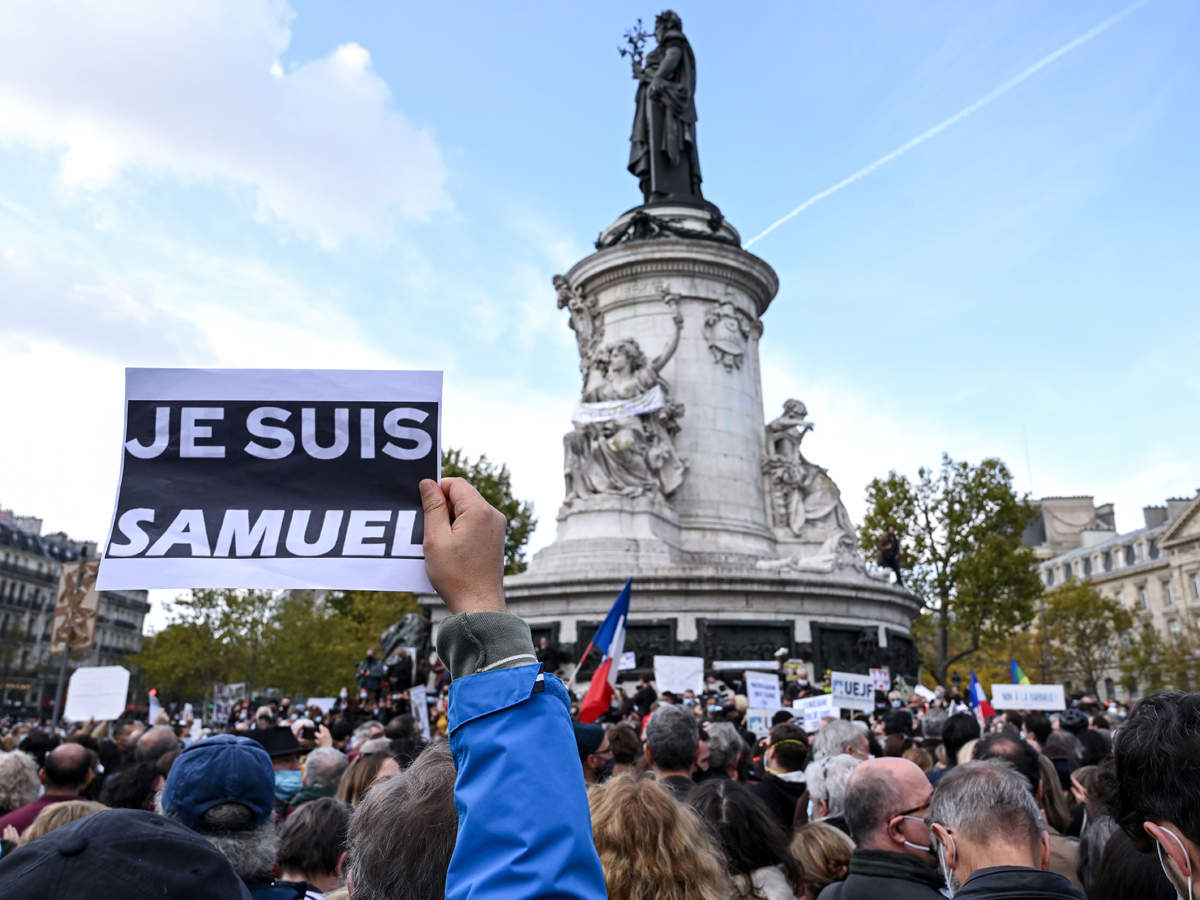 Thousands of people rallied in central Paris Sunday in a defiant show of solidarity with a teacher beheaded for showing pupils cartoons of the Prophet Mohammed. Demonstrators on the Place de la Republique held aloft posters declaring: “No to the totalitarianism of thought” and “I am a teacher” in memory of the decapitated victim Samuel Paty. Some chanted “I am Samuel”.

Who are the foreign fighters in Nagorno-Karabakh?

Pfizer says earliest Covid-19 vaccine application to US regulators would be...

Investors Diurnal Team - October 16, 2020 0
BANGALORE/NEW YORK (REUTERS) - Pfizer Inc said on Friday (Oct 16) it might file for US authorisation of the Covid-19 vaccine it is developing with German partner BioNTech in late November, making it unlikely a vaccine will be available before the US election as President Donald Trump has promised. Pfizer said that it could say if the vaccine is effective as soon as this month based on its 40,000-person clinical trial but that it also needs safety data that will not be available until November at the earliest. The Pfizer news, published in a letter from its chief executive on its website, lifted the US stock market and the company's shares. Shares were up slightly in rival vaccine maker Moderna Inc, which is close to Pfizer in its vaccine development. "So let me be clear, assuming positive data, Pfizer will apply for Emergency Authorization Use (EUA) in the US soon after the safety milestone is achieved in the third week of November," Pfizer Chief Executive Albert Bourla said. Trump has said repeatedly that there would be a vaccine available before the election, but health officials and companies had only said that data might be available
World News

Investors Diurnal Team - October 20, 2020 0
DUBAI: The first ever official United Arab Emirates delegation to Israel set off on Tuesday after the two countries normalised ties last month under a US-brokered accord forged largely over shared fears of Iran.An Etihad Airways plane carrying Emirati government officials, with U.S. dignitaries accompanying them, left the UAE capital Abu Dhabi, headed to Ben-Gurion Airport, according to flight tracking website FlightRadar24.Israeli officials said the five-hour visit would be restricted to the airport due to coronavirus concerns.The UAE and fellow Gulf state Bahrain in September became the first Arab states in a quarter of a century to sign deals to establish formal ties with Israel, a move that Washington and its allies have said would foster regional peace and stability but which has been rejected by the Palestinians."This is an historical moment for the UAE country and Israel and we are looking forward to salaam (peace) ... in the region," one of the pilots could be heard saying in a video posted on Twitter by U.S. Middle East envoy Ari Berkowitz.Berkowitz and U.S. Treasury Secretary Steven Mnuchin are accompanying the Emirati delegation, which is being led by Economy Minister Abdullah bin Touq al-Mari and Minister of State for Financial Affairs