Home Economy Should You Start Rotating Your Portfolio? Not Because of the Election
Facebook
Twitter
WhatsApp
Linkedin
Email 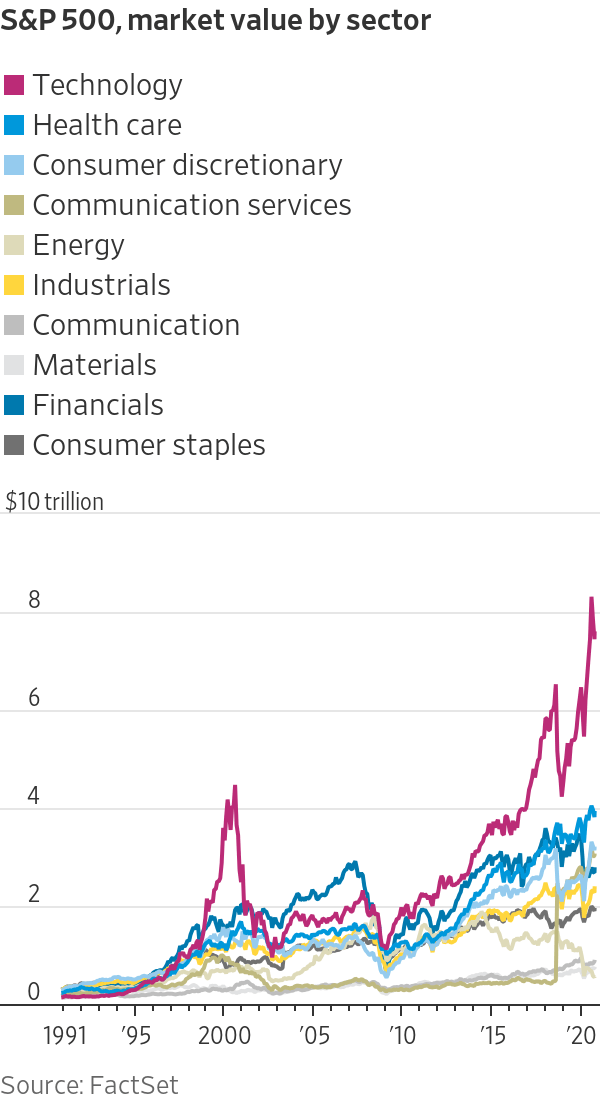 A possible takeaway from the still-uncertain results of the U.S. election is that Covid-19 didn’t have as big an effect on voting behavior as expected. Yet the pandemic remains the most important factor for investors shifting their portfolios.

Equities were choppy and directionless in early trading Wednesday, but Nasdaq futures pointed to a steady rise for technology shares. Judging by the precedent of the disputed 2000 election outcome, markets—particularly cyclically driven stocks—will remain jittery as long as there is no final result. President Trump has already accused the Democratic Party of trying to steal the vote.

Ultimately, though, headline stock indexes are probably able to get comfortable with either result: Donald Trump ensures lower taxes, while Joe Biden has promised more fiscal stimulus. The real question was always how investors should position themselves across sectors and regions. A Republican victory may be better for U.S. stocks and industries like energy, whereas a Democratic one might favor overseas equities and cyclical sectors. 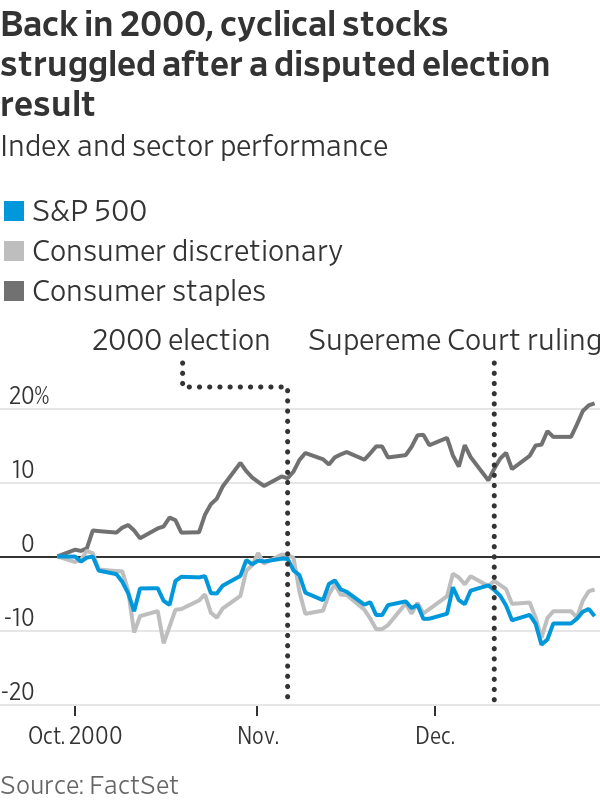 The massive valuation gap that has opened up between high-growth technology companies and “old economy” firms has made the wider question of portfolio rotation ever more pressing for investors. The gulf, which has led U.S. stocks to outperform those elsewhere, has grown so extreme that a reversal could reasonably happen at any point.

For now, investors should probably stay pat. An election that is too close to call seems a victory for the market status quo.

For starters, no party is now likely to win a clean sweep of the presidency, the House of Representatives and the Senate, which might have paved the way for game-changing economic policies. In any case, party politics is a far less powerful driver of sector performance than existing trends such as ultralow interest rates, weaker labor unions, greater macroeconomic uncertainty and the rise of digital technology. 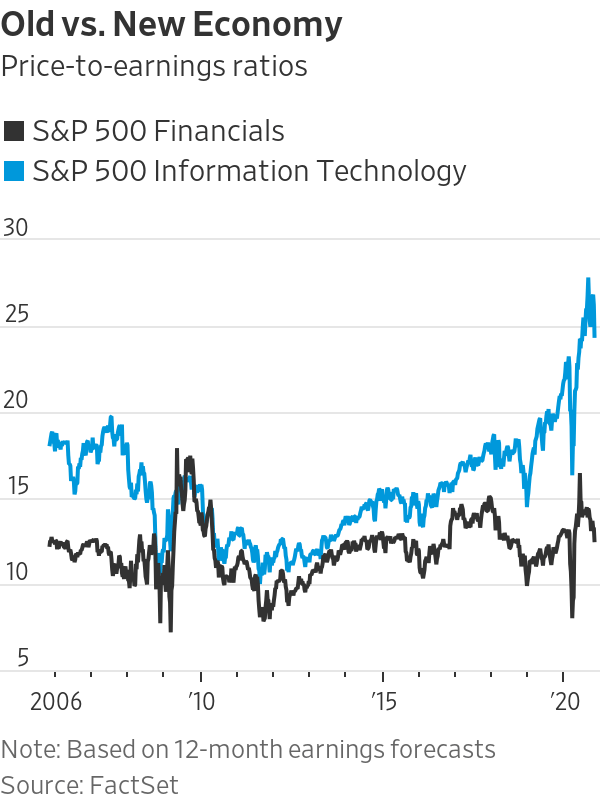 These trends, in place for a decade, have been sharpened by the pandemic. The lack of a clean sweep is bad news for the economy, but the course of the coronavirus remains the determining factor in how much more fiscal and monetary stimulus is deployed. If infection rates worsen enough, further rounds of public spending will probably be unleashed, whoever ends up in the White House.

This doesn’t mean that the stocks worst hit by Covid-19 aren’t set to stage a comeback at some point. Airlines, energy producers and banks will surely get a lift when a coronavirus vaccine is announced, or the outbreak appears better contained. But a contested election isn’t an obvious catalyst for this kind of rotation, and buying into it too early could be painful.

Risk-averse money managers may find a refuge in some traditionally “defensive” sectors like utilities. These shares have rallied, which many analysts attributed to expectations of a “blue wave”—one that hasn’t happened. But they may have been exaggerating the importance of politics: By historical standards, those shares simply looked cheap relative to bond yields, and still do.

Even if Joe Biden ends up winning the presidency after days of claims and counterclaims, investors should resist the urge to tinker with their holdings. In the absence of an election landslide, vaccine news may offer better reasons for switching tack than a Washington reshuffle.

Biden chooses Antony Blinken as US secretary of state

Investors Diurnal Team - November 5, 2020 0
Scams and con artists have only proliferated in the modern era, it seems. With many transactions involving money, cryptocurrency, and investments, there is plenty...