Home Markets Some VCs are saying San Francisco is over. Now they have the...
Facebook
Twitter
WhatsApp
Linkedin
Email 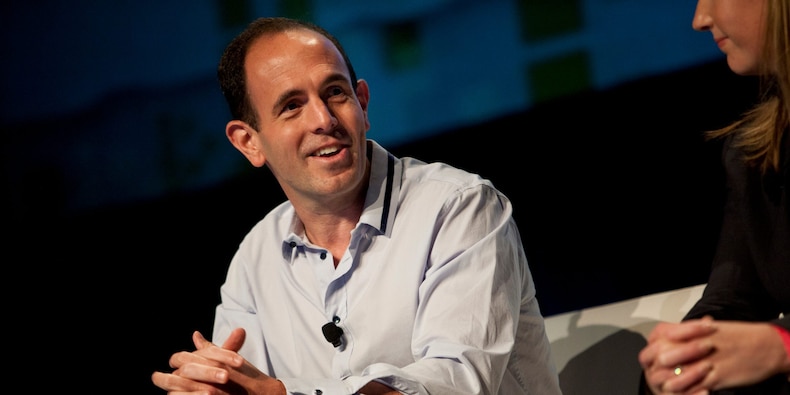 Keith Rabois is a venture capitalist who made early investments in companies like DoorDash and Airbnb.

Some VCs have been declaring that San Francisco is over, and now they have the numbers to prove it.

Despite record-breaking investment in the venture capital industry, the Bay Area saw a sharp decline in angel and seed deals in 2020, according to a report by Pitchbook and the National Venture Capital Association.

In 2020, San Francisco reached only 81.2% of the angel and seed deals it made in 2019. Although it still had more deals than any other city, it recorded a “a 10-year low in proportion of total deal count.” This means, compared to other major cities, San Francisco was less dominant than it’s been in the last decade.

It’s easy to attribute this to the pandemic; however, the venture capital industry managed to invest over $150 billion this year for the first time ever. VCs weren’t necessarily investing less – this newly-remote world just gave other cities a better chance to get in on the action.

Read more: Venture capital had a record-breaking 2020: $150 billion in deals, all-time highs for fundraising and results

This could be a told-you-so moment for VCs who have been championing an end to Silicon Valley’s dominance in the startup world.

Founders Fund general partner Keith Rabois has been vocal about his move to Miami, insisting other VCs are doing the same.

“There are lots of people that have already moved that haven’t been written about that are pretty high profile,” Rabois told Insider, although he declined to say who. “Post-COVID, I think the concentration of talent has atrophied, perhaps permanently.”

Similarly, prominent VCs like Palantir co-founder Joe Lonsdale left San Francisco and Opendoor co-founder J.D. Ross left the Bay Area for Austin, among a long list of other tech elites who went to other cities. Investors have cited San Francisco’s taxes, tiny apartments, and homelessness issue as reasons for their departure.

Of course, Silicon Valley has been pronounced dead before, and it’s managed to come back swinging. The city has been subject to many tech booms and busts over the decades and the pandemic may have simply ushered in another bust cycle.

“Everyone either thinks San Francisco is the center of the universe or it’s dead,” venture capitalist Ann Miura-Ko told tech journalist Eric Newcomer in his newsletter. “It’s just super annoying because anyone who has been here for over one cycle knows it always comes back and it always also falls out of favor.”

It’s also worth noting the majority of deals were still made in the Bay Area, with a total of 2,503 completed deals. This was miles ahead of second place: the New York area with 1,500 deals.

Read more: VC Elizabeth Yin says investors are really driven by a ‘hype market’ and if founders use it, they will raise more money at higher valuations

A remote world, however, has certainly given other areas of the country a chance to thrive. Atlanta saw a 13.1% increase in angel and seed deals over 2019, completing nearly 100 angel and seed deals for the first time in over half a decade. Atlanta has been up-and-coming for awhile, landing at number eight on our list of cities outside of Silicon Valley to start your business, and launching startups like MailChimp and Kabbage.

Boston was the only other major city to show an increase in deals. Meanwhile, New York City, Chicago, and Los Angeles all experienced a decrease in deals – albeit not as drastic a drop as San Francisco.

Still, the report said we may be seeing the start of a long-term trend away from the Bay Area for startups, heralding 2020 as a “harbinger for investment trends to shift further outside of the region’s venture hub.”

Trump targets Chinese apps as his days in office dwindle

Investors Diurnal Team - January 15, 2021 0
Reuters / Brendan McDermidShares of Playtika surged as much as 34% Friday, giving the mobile game developer a valuation of almost $15 million. Playtika's Thursday IPO raised $1.88 billion for the firm after 69.5 million shares were priced at $27 apiece, slightly above the initial marketed range. Playtika shares trade on the Nasdaq under the ticker symbol "PLTK." Sign up here for our daily newsletter, 10 Things Before the Opening Bell. Shares of Playtika soared as much as 34% on Friday, giving the mobile game-developer a valuation of almost $15 billion in its first day of trading on the open market. The jump comes after Playtika's Thursday IPO raised $1.88 billion for the firm with 69.5 million shares priced at $27 apiece.   The share price exceeded the company's initial targeted range of between $22 to $24, making the offering the largest Israeli IPO in history. Playtika shares trade on the Nasdaq under the ticker symbol "PLTK." The likes of BlackRock, Caledonia, Dragoneer Investment Group, and Tiger Global Management loaded up on $600 million worth of shares in Thursday's IPO. Read more: GOLDMAN SACHS: Buy these 12 stocks set to soar at least 30% or more as they benefit from a surge of investment in Europe's digital economy Headquartered in Herzliya, Israel, Playtika was founded by Robert Antokol and Uri Shahak back in 2010.  The company was among the first providers of free-to-play games on social networks and mobile platforms.   Caesars Entertainment then acquired Playtika before eventually selling the company to a group of Chinese investors in 2016. The firm now boasts over 3,700 employees in 19 offices around the world and notched revenue of $2.3 billion and adjusted EBITDA of $815 million for the 12 months ending Sept. 30.  Playtika has over 35 million monthly active users across its titles, including, Slotmania, Bingo Blitz, and Board Kings. The Chinese backed mobile game expert expects to benefit from the increasing prominence of mobile games going forward. Mobile games generated $77.2 billion in revenue during 2020, growing 13.3% year-over-year, according to data from Newzoo. However, Renaissance Capital noted in an IPO run-down released last week that the company gets almost half its revenue from just two games. Read more: 'Vastly technically disconnected': A market strategist breaks down the 3 indicators that show Tesla is overpriced - and says it's due for a 17% correction in the next 6 weeks
Markets

Parler helped the FBI identify at least one person charged in...

Investors Diurnal Team - January 9, 2021 0
NEW YORK, Jan. 8, 2021 /PRNewswire/ -- Juan Monteverde, founder and managing partner at Monteverde & Associates PC, a national securities firm headquartered at the Empire State Building in New York City, is investigating Boston Private Financial Holdings, Inc. ("BPFH" or the "Company") (BPFH) relating to its proposed acquisition by SVB Financial Group. Under the terms of the agreement, BPFH shareholders will receive $2.10 and 0.0228 shares of SVB stock per share they own. The investigation focuses on whether Boston Private Financial Holdings, Inc. and its Board of Directors violated securities laws and/or breached their fiduciary duties to the Company by 1) failing to conduct a fair process, 2) whether and by how much this proposed transaction undervalues the Company. Click here for more information: https://www.monteverdelaw.com/case/boston-private-financial-holdings-inc. It is free and there is no cost or obligation to you. About Monteverde & Associates PC We are a national class action securities litigation law firm that has recovered millions of dollars and is committed to protecting shareholders from corporate wrongdoing.   We were listed in the Top 50 in the 2018 and 2019 ISS Securities Class Action Services Report. Our lawyers have significant experience litigating Mergers & Acquisitions and Securities Class Actions.  Mr. Monteverde is recognized by Super Lawyers as a Rising Star in Securities Litigation in 2013, 2017-2019, an award given to less than 2.5% of attorneys in a particular field.  He has also been selected by Martindale-Hubbell as a 2017-2019 Top Rated Lawyer.  Our firm's recent successes include changing the law in a significant victory that lowered the standard of liability under Section 14(e) of the Exchange Act in the Ninth Circuit. Thereafter, our firm successfully preserved this victory by obtaining dismissal of a writ of certiorari as improvidently granted at the United States Supreme Court. Emulex Corp. v. Varjabedian, 139 S. Ct. 1407 (2019).  Also, in 2019 we recovered or secured six cash common funds for shareholders in mergers & acquisitions class action cases. If you own common stock in Boston Private Financial Holdings, Inc. and wish to obtain additional information and protect your investments free of charge, please visit our website or contact Juan E. Monteverde, Esq. either via e-mail at jmonteverde@monteverdelaw.com or by telephone at (212) 971-1341. Contact:Juan E. Monteverde, Esq.MONTEVERDE & ASSOCIATES PCThe Empire State Building350 Fifth Ave. Suite 4405New York, NY 10118United States of Americajmonteverde@monteverdelaw.comTel: (212) 971-1341 Attorney Advertising. (C) 2020 Monteverde & Associates PC. The law firm responsible for this advertisement is Monteverde & Associates PC (www.monteverdelaw.com).  Prior results do not guarantee a similar outcome with respect to any future matter. View original content to download multimedia:https://www.prnewswire.com/news-releases/shareholder-alert-monteverde--associates-pc-announces-an-investigation-of-boston-private-financial-holdings-inc--bpfh-301203662.html SOURCE Monteverde & Associates PC