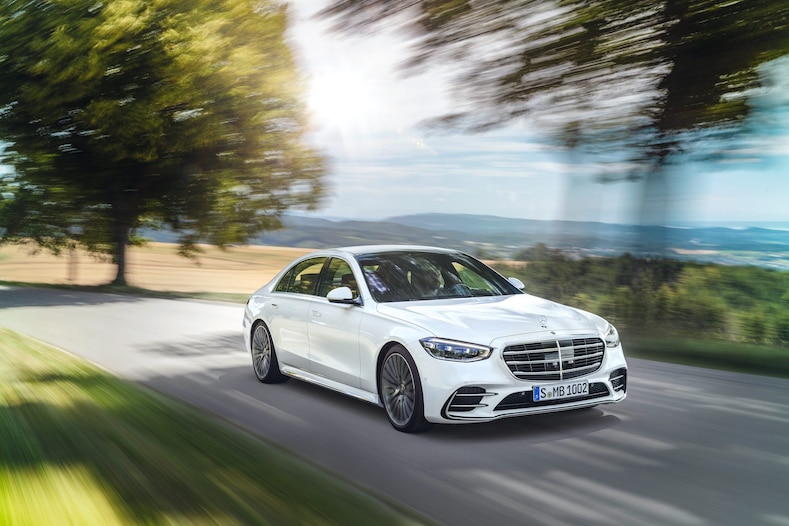 SoulCycle paid for a Mercedes-Benz for one instructor to drive around the Hamptons when she taught there in the summer.

Business Insider spoke with more than 30 SoulCycle insiders — including current and former riders, studio staff, instructors, and corporate employees — many of whom accused the trendy fitness company of turning a blind eye to egregious behavior because the instructors were too valuable to let go of.

Several sources said that SoulCycle fostered an environment where its instructors were treated like A-listers and it was everyone’s duty to keep them happy and protected.

“The instructors are our product,” one SoulCycle insider said. “Without them it doesn’t exist. And they are very demanding, and it’s a talent business, and as with any Hollywood business, the talent knows that they are valuable.”

Riders can spend up to $90 a class for priority access to their favorite instructors’ Hamptons classes through the Super Soul package. Assuming 30% of bikes in an 80-bike class were Super Soul, the total bike sales for the class would come out to nearly $5,000.

Top instructors could take home as much as $1,500 a class, a former SoulCycle executive told Business Insider. In a typical week in the summer of 2019, it was not uncommon for top instructors to teach 15 to 20 classes, according to SoulCycle’s online class calendar.

In 2018 SoulCycle and its parent company, Equinox, went so far as to launch their own talent-management agency to represent their prized instructors, with the Hollywood agency WME, which represents Keanu Reeves and Charlize Theron, among others, in an advisory role.

The instructors’ demands were Tinseltown-worthy.

Stacey Griffith, one of the earliest instructors whose classes were beloved by Kelly Ripa and Brooke Shields, demanded private office space in the basement at the East 83rd Street studio in Manhattan, three people said. SoulCycle granted Griffith her request despite the studio lacking sufficient storage space, two people said.

“She had a shoe collection in there,” the former high-ranking employee said of Griffith’s office. “She would meditate in there. She would bring her friends in there. I’m not really sure why she needed an office. She wasn’t doing any admin work for the company.”

Read more: SoulCycle poster child Soeuraya Wilson quit on Instagram, saying she’s tired of being ‘used’ by a company that supports activism only ‘when it is convenient for their bottom line’ — we spoke with 2 Black instructors who agree

While new instructors would get a $25 gift card for their birthday, top-tier instructors would be given thousands of dollars’ worth of gifts, like expensive jewelry or a leather Rag & Bone backpack. As recently as 2019, SoulCycle was paying for instructor Laurie Cole’s membership to Soho House, the members-only club where an annual membership costs upwards of $2,400, according to one former high-ranking employee.

SoulCycle paid for a Mercedes-Benz for Cole to drive around the Hamptons when she taught there in the summer, two people said. In 2019 the company paid for part of the wedding of two instructors, former CEO Melanie Whelan told Business Insider last month.

The longtime New York instructor said SoulCycle was unique in the way it treated its instructors.

“We’re taken care of in a way that a lot of other fitness companies actually can’t afford to or haven’t found a way to,” this instructor said. “But there’s an ego that comes with it.

Speedy Overhaul of Fannie and Freddie Is Hardly Easy

Investors Diurnal Team - November 12, 2020 0
NEM to offer more accessible staking options to its customers after teaming up with MyContainer XEM/USD is up about 35% in November as it attempts to stay above $0.13 on a weekly basis On the upside, the first target is the September high at $0.1740 followed by $0.20 Nem (XEM) price is up around 35% in November as buyers continue to erase losses from September and October. Fundamental analysis: NEM teams up with MyContainer to provide staking options NEM said it teamed up with the staking service provider MyContainer, a new strategic partnership that will allow NEM to offer more accessible staking options to its customers. With the new partnership, NEM will seek for new opportunities that will help improve the platform.  Are you looking for fast-news, hot-tips and market analysis? Sign-up for the Invezz newsletter, today. “As part of NEM’s ongoing partnership strategy to strengthen both our existing NIS1 platform and to provide an opportunity to the NEM Community to stake their XEM, we are pleased to announce a new strategic partnership with MyCointainer,” NEM said in a statement.  Staking is now a standard choice for the proponents of crypto as many digital currency projects
Markets

This is what it was like to go to McDonald's in...

Investors Diurnal Team - November 25, 2020 0
The first official McDonald's franchise opened on April 15, 1955, in Des Plaines, Illinois. The McDonald brothers, Richard and Maurice, began selling barbecue and burgers out of their drive-up restaurants in the 1940s.The first McDonald's franchise opened on April 15, 1955, and the experience of visiting the restaurant, from the menu to how you would order, was vastly different.Here's what it was like to go to McDonald's in the 1950s.The first official McDonald's franchise opened on April 15, 1955, in Des Plaines, Illinois. Exterior view of the first McDonald's fast-food restaurant with its neon arches illuminated at night, Des Plaines, Illinois. Hulton Archive/Getty Images In 1955, Ray Kroc founded McDonald's System, Inc., which would inevitably become the McDonald's Corporation we know today, and opened his first franchised location. By 1958, McDonald's had sold 100 million burgers. Though the McDonald's is no longer in operation, the site was turned into a museum to commemorate what it was like to visit the restaurant in 1955. The McDonald's No. 1 museum's exterior. Tim Boyle/Newsmakers/Getty Images The McDonald's No. 1 museum was created to replicate what it would have been like to visit the McDonald's franchise when it opened — a very different experience from what it's like to go to McDonald's today. Before there were drive-thru windows and delivery apps, McDonald's customers would drive into the parking lot and place their orders at the counter. Customers could walk up to the window and place their orders. Tim Boyle/Newsmakers/Getty Images The first McDonald's advertised its "Speedee Service System," a predecessor of the drive-thru model. The restaurant's famous red-and-white design was designed by architect Stanley Meston. However, after the McDonald brothers saw the design for the first time, they said that the roof looked too flat. It was then that Meston added the now-iconic golden arches to the building's roof.  The oldest still-operating restaurant featuring the original red-and-white design is located in Downey, California. The original menu only had nine items on it — hamburgers, cheeseburgers, french fries, milk, root beer, orangeade, Coca Cola, coffee, and three kinds of milkshakes: chocolate, strawberry, and vanilla. The menu only had nine items on it. Ralf-Finn Hestoft/Corbis/Getty Images The original McDonald's menu dated back to when the McDonald's brothers were serving food at their drive-in restaurants in 1948. In 1949, potato chips were swapped with french fries and McDonald's began selling milkshakes. When customers placed their orders at the counter, a server would write them down on a ticket like this one. The first McDonald's locations took orders using a ticket like this one. Tim Boyle/Getty Images At the first McDonald's location, every item cost less than 25 cents and hamburgers were only 15 cents. However, burgers could also be purchased by the dozen. The Speedee Service System that made McDonald's successful was originally based off Henry Ford's assembly-line production of automobiles. McDonald's revolutionized fast-food with its speedy service. Ralf-Finn Hestoft/Corbis/Getty Images Every McDonald's worker had a specific job, and most of the food was preassembled before customers even ordered. This allowed McDonald's locations to serve their food much faster than their competitors.  Unlike other fast-food restaurants that made their burgers to order, all McDonald's burgers were made the same way and placed under a heat vent ready to serve. McDonald's burgers used to have the chain's original mascot, Speedee, on the packaging. Ralf-Finn Hestoft/Corbis/Getty Images All burgers were pre-made with ketchup, mustard, onions, and two pickles. If you wanted to order your hamburger a different way, you would have to wait just a little bit longer. When McDonald's first opened, its fries looked and tasted pretty similar to what you'll get today. The fries also came with the same Speedee packaging. Ralf-Finn Hestoft/Corbis/Getty Images The chain marketed its signature shoestring fries as "salty goodness." If you stopped by a McDonald's in 1955, you'd definitely want to pick up one of the chain's Triple Thick Milkshakes, made in what was called a Multimixer. Ray Kroc found the McDonald's brothers while selling Multimixers. Ralf-Finn Hestoft/Corbis/Getty Images McDonald's today might look very different had it not been for the invention of the Multimixer. Ray Kroc first met the McDonald brothers in 1954 while attempting to sell them more Multimixers for their restaurants. It was then that Kroc introduced the idea of franchising their business and opening his first location. Back in 1955, there were no dining rooms or drive-thrus, but McDonald's thrived on its drive-up model. The first McDonald's signs advertised the chain's 15-cent burgers. Ralf-Finn Hestoft/Corbis/Getty Images Whether customers took their burgers on the road or chose to sit in the parking lot, gazing up at the McDonald's sign advertising its 15-cent burgers, the experience started what would eventually lead to the expansion of the No. 1 fast-food chain in the world. Just over a decade later, there were 1,000 McDonald's locations in the US. Today there are more than 36,000 McDonald's restaurants in more than 100 countries.