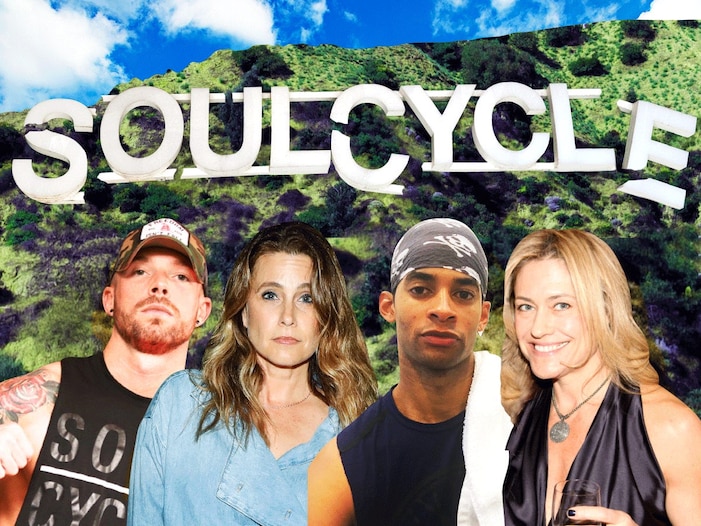 In August 2014, Jennifer Brody was working as a studio manager at California’s Palo Alto SoulCycle when she met Conor Kelly, a “master instructor” with SoulCycle. Kelly was in town from the East Coast to teach a class.

After the class ended, Brody, who is a Black woman, said she changed out of her workout clothes and put a bandana on her head. When she passed Kelly in the studio, she said, he laughed and said “Whoa — Aunt Jemima!” in an apparent reference to the syrup and pancake brand.

“That he felt OK calling me ‘Aunt Jemima’ in the middle of a studio lobby in Palo Alto was disgusting,” Brody recently told Business Insider. Brody said she told a couple of instructors of color about Kelly’s remark, but she didn’t officially report it because, she believed, “There wasn’t anyone who would have cared.”

“SoulCycle kind of turned the cheek on a lot of stuff as long as they were making money,” Brody added.

While top-tier talent was lavished with perks like Soho House memberships and, in one case, a Mercedes-Benz while teaching in the Hamptons, insiders said some of SoulCycle’s most successful instructors discriminated against a pregnant woman, fat-shamed employees, slept with riders, and used homophobic and racist language.

Business Insider spoke with more than 25 SoulCycle insiders — including current and former riders, studio staff, instructors, and corporate employees — many of whom accused SoulCycle of turning a blind eye to egregious behavior because the instructors were too valuable to let go of.

SPACs are so hot even Jay-Z is partnering with one. He's set to be the 'chief visionary officer' for California's largest cannabis firm.

Should you invest in Ethereum (ETH) as price breaks $600?

Outlook on the Iodoform Global Market to 2025 – by Manufacturers, Regions, Technology and...

What Can Be Done for Michael Flynn?

Investors Diurnal Team - November 24, 2020 0
SHANGHAI, Nov. 24, 2020 /PRNewswire/ -- On November 12th, 2020, the Mercer Health and Benefits Online Forum cum Mercer China Healthiest Workplace Awards Ceremony 2020-2021 was held at Shanghai's Wanda Reign on the Bund, bringing together representatives from 250 companies on-site and more than 25,000 online viewers. TUV Rheinland Greater China was named a Mercer China Top Healthiest Workplace. Daniel Lee, Vice President of TUV Rheinland Greater China Human Resources, attended the awarding ceremony and joined the open forum discussion as a panel speaker to share experience.   During the event, Daniel stated that, "Employees are our most important asset. We are pleased that we have created a flexible, healthy, productive, and innovative working environment. The welfare of TUV Rheinland Greater China involves employees' mental wellbeing, physical wellbeing, financial wellbeing, and workplace wellbeing. While employees create higher productivity for the company, the company helps employees get more from healthcare investment in return, and at the same time employees can achieve a better work-life balance." The Mercer China Healthiest Workplace Awards 2020-2021 enjoyed participation by 223 organizations nationwide, covering 25 industries and collecting 25,680 valid questionnaires on employee health risk evaluation. For TUV Rheinland, an excellent employee benefit plan not only serves as an important means to attract and retain talent, but also ensures professional human resource risk management and economical company financial arrangements. For employees, it means considerate and comprehensive security and long-term self-planning. Employees can devote themselves to work and enjoy life free of worry. The Mercer China Top Healthiest Workplace selection recognizes TUV Rheinland as an excellent employer which cares about employee's wellbeing. TUV Rheinland's management and HR team will continue to focus on the needs and expectations of the employees and actively implement a variety of health plans to help the company and employees deal with the pressures caused by the current economic situation. Also, TUV Rheinland will continue to pay attention to the future. About the Mercer China Healthiest Workplace Awards As a professional consulting firm in employee health and benefits, Mercer is committed to boosting organizational vitality and enhancing employee engagement by helping employers improve their employee health and benefits experience. In 2016, Mercer took the lead in initiating an employer brand review program focused on workplace health in China – the Mercer China Healthiest Workplace Awards. Since its launch with the 2016-2017 edition, followed by the 2018-2019 edition, the program has drawn wide attention in the area of employer brand review, garnering enormous credibility and influence. SOURCE TUV Rheinland Greater China
Markets

Investors Diurnal Team - November 20, 2020 0
(RTTNews) - GE Healthcare, healthcare business of GE (GE), announced its acquisition of Prismatic Sensors AB, a Swedish start-up specializing in photon counting detectors. GE Healthcare anticipates to close the acquisition by January 2021, after holding a minority position in the company since 2017. Prismatic Sensors AB is a spin-off company from research at KTH Royal Institute of Technology and Linkping Institute of Technology. The company is focused on research and development of photon counting detectors for CT. Prismatic has many granted patents as well as pending patent applications. "We believe this technology has the potential to be a substantial step forward for CT imaging to establish a new standard of care and eventually improve clinical outcomes for millions of patients worldwide," said Kieran Murphy, President & CEO, GE Healthcare.
Markets

Investors Diurnal Team - November 18, 2020 0
OKLAHOMA CITY and TULSA, Okla., Nov. 18, 2020 /PRNewswire/ -- Charlotte-based Capstone Companies is pleased to announce the launch of its new Oklahoma team specializing in the exclusive listing and selling of multi-family properties across the state of Oklahoma. The team is comprised of managing directors, William Forrest, and David Dirkschneider, in Oklahoma City and director, Mike Marrara, in Tulsa. The three new brokers each bring decades of multi-family experience to the Capstone team, establishing a comprehensive, multi-faceted brokerage and advisory platform in their respective areas. Throughout their impressive careers, Forrest, Dirkschneider, and Marrara have built extensive multi-family industry relationships and robust coverage across the state of Oklahoma. Each team member has a long-standing track record of success in representing both institutional and private capital clients selling individual properties and portfolios up to 2,000 units. Specifically, the team has gained unique experience selling distressed assets. In fact, they have represented over 50 different banks, life insurance companies, government agencies, advisors, and special servicers in the sale of foreclosed apartment properties in more than 100 separate transactions. Forrest joins Capstone with 35 years of commercial real estate experience and led a team at CBRE that was responsible for the sale of over 400 multi-family assets totaling 72,000 units and over $1.8 billion. Dirkschneider brings 15 years of commercial real estate experience specializing exclusively in the brokerage of multi-family housing projects and multi-family site selection totaling more than $500 million. Marrara has been active in the commercial real estate industry for 34 years and has been involved in over $100 million in transactions among various property types. Capstone's recent expansion into Oklahoma establishes the firm's presence in the western United States and leverages the firm's consistent focus on rapid growth and expansion in the multi-housing industry. The new Oklahoma offices are two of three new Capstone brokerage offices to open in 2020 as the firm launched a new regional office in Atlanta, GA in January. Established in 2008, Capstone has consistently maintained its focus on multi-housing brokerage. Since its inception, the firm has been ranked top 10 nationally in multi-family sales volume and completed transactions in 35 states and sold over 70,000 units. The combination of Capstone's various service lines with this dynamic, experienced Oklahoma team will further solidify their industry position as one of the nation's fastest growing multi-housing investment sales firms. View original content to download multimedia:https://www.prnewswire.com/news-releases/capstone-expands-west-with-addition-of-two-new-offices-in-oklahoma-301176544.html SOURCE Capstone Companies