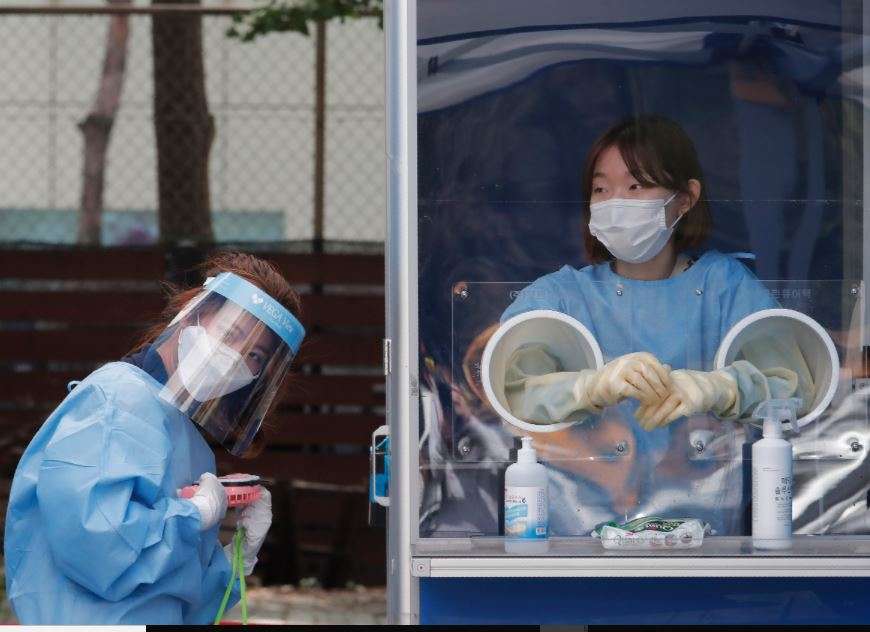 EU to UK on Brexit talks: 'You can't have cake, eat it too'

The dark secret at the core of the yachting industry: 15...

Investors Diurnal Team - October 19, 2020 0
LONDON: Britain on Monday welcomed signals that the European Union was ready to intensify stalled post-Brexit trade talks, but said its commitments did not yet go far enough to restart face-to-face negotiations.Britain's chief negotiator David Frost said he held a "constructive discussion" with his EU counterpart Michel Barnier, with the bloc confirming it is willing to hold ramped-up talks this week "based on legal texts"."But the EU still needs to make a fundamental change in approach to the talks and make clear it has done so," Frost added on Twitter, noting the two sides "will stay in close touch".A spokesman for Prime Minister Boris Johnson echoed the sentiment, noting: "The UK continues to believe there is no basis to resume talks unless there is a fundamental change of approach from the EU."Britain, which left the EU in January but remains bound by most of the bloc's rules until a transition period ends on December 31, has accused Brussels of stalling negotiations on a future trade deal.Following an EU summit last week at which European leaders said London needed to make the further compromises, Johnson revoked an invitation for Barnier to come to London this week and said the country was
World News

Investors Diurnal Team - October 18, 2020 0
PARIS (AFP) - Airlines face a long, hard winter after a much hoped for rebound from the Covid-19 crisis failed to materialise, prompting savage cost-cutting programmes and fresh calls for government support. "We are in a race against time. The key thing is to have the cash... We need to move quickly, very quickly," said Mr Stephane Albernhe, managing partner at Archery Strategy Consulting. Airline revenues plunged 80 per cent in the first six months of the year, according to industry body Iata, but they still had fixed costs to cover - crew, maintenance, fuel, airport levies and now aircraft storage. After a slight recovery in July as coronavirus restrictions were eased, traffic fell again in September, while bookings for the winter season - which begins on Oct 25 - are down 78 per cent compared with a year earlier, promising more hardship to come. One of the biggest disappointments has been the absence of highly lucrative business class travellers, who prefer now to rely on tele-conferencing rather than run the risk of catching the virus. Repeated efforts to reassure passengers that air travel is safe have failed to make much of a difference while
World News

Investors Diurnal Team - October 17, 2020 0
WASHINGTON - Singaporean blogger Amos Yee, 20, was charged with solicitation and possession of child porn in an Illinois court on Friday (Oct 16), according to local media reports. Yee, who was jailed twice in Singapore in 2015 and 2016 for wounding religious feelings, was granted asylum in the United States in 2017 and has been living in Chicago since then. He allegedly exchanged nude photos and "thousands" of messages with a 14-year-old Texas girl while in Chicago, reported the Chicago Sun-Times daily newspaper. Yee appeared at the Leighton Criminal Courthouse in Chicago on Friday for his bond hearing. His bail was set at US$1 million ($1.36 million) and he has been banned from using the Internet while awaiting trial, it added. If convicted, Yee's asylum status could be revoked and he could be deported. According to the report, prosecutors had obtained messages Yee exchanged between April and July last year which included nude photos he asked for and received from the girl, as well as nude photos of himself that he sent to her. They said that the girl repeatedly brought up her age, and Yee had told her