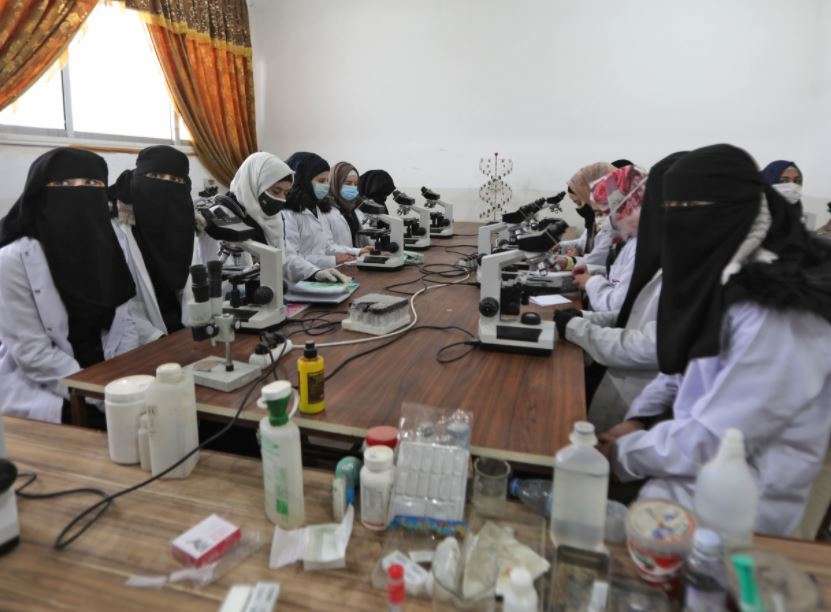 Humanitarian workers fear any further rise in novel coronavirus cases would be disastrous in northwestern Syria, where around half of three million people live in overcrowded camps or temporary shelters after being displaced by conflict.

Earthlings, it seems, not aliens, removed the Utah monolith

Investors Diurnal Team - November 21, 2020 0
ISLAMABAD: Pakistan has reported at least 42 new Covid-19 deaths and 2,843 fresh cases as the country struggled to contain the spread of coronavirus, the health ministry said on Saturday.The coronavirus deaths have reached 7,603 while the number of total reported cases rose to 371,508, the Ministry of National Health Services said.At least 328,931 people have recovered so far and some 1,613 are in critical condition. The ministry's data showed that the number of active coronavirus patients was 34,974.Sindh has reported 161,028 cases, Punjab 113,457, Khyber-Pakhtunkhwa 43,730, Islamabad 26,177, Balochistan 16,699, Pakistan-occupied Kashmir 5,911 and Gilgit-Baltistan 4,506.So far, 5,141,403 tests have been done in the country, including 42,752 in the last 24 hours. The positivity rate of cases was 6.6 per cent, the ministry said.Meanwhile, the Economic Coordination Committee (ECC) of the Cabinet has approved a USD 150 million supplementary grant to procure a vaccine against COVID-19.The ECC met on Friday with Advisor on Finance Abdul Hafeez Shaikh in the chair.
World News

Investors Diurnal Team - November 30, 2020 0
COLOGNY (BLOOMBERG) - The World Economic Forum (WEF) is considering alternative locations for next year's annual gathering in light of Europe's still-high Covid-19 cases. While the WEF is still planning to hold the event at the Buergenstock resort in Lucerne, "due to current circumstances in Europe we are looking at other options," spokesman Yann Zopf said Monday (Nov 30). A decision will be announced before Christmas, he said. Normally held in the ski resort of Davos each January, the 2021 edition was postponed due to the pandemic and is scheduled for May at the Buergenstock. But Swiss media in recent days said the WEF is looking at sites in other countries. CH-Media reported on Monday that Singapore would be the alternative location. The annual gathering attracts political leaders including US President Donald Trump and German Chancellor Angela Merkel, as well as a parade of billionaires, executives and celebrities to debate global challenges.
World News

Investors Diurnal Team - November 19, 2020 0
WASHINGTON (BLOOMBERG) - US President-elect Joe Biden on Thursday (Nov 19) assailed the Trump administration's lack of cooperation on the presidential transition, which he says hinders his team's ability to get up-to-date information on the coronavirus pandemic. Mr Biden said he couldn't "fathom" President Donald Trump's refusal to refuse to concede the election, saying he would "go down in history as being one of the most irresponsible presidents." "Far from me to question his motives, it's just outrageous what he's doing," Mr Biden said, referring to Mr Trump's legal manouvers to overturn the election result. Mr Biden called on the administration to allow his team to get details on a coronavirus vaccine and plans for distribution. "I would like to know exactly what this administration has in mind in terms of their Operation Warp Speed and how they plan it," he said. Mr Biden said he has not ruled out legal action to force the hand of the General Services Administration, which has so far declined to sign an ascertainment that Mr Biden likely won the election and freeing up money and access to government officials. Until the paperwork is