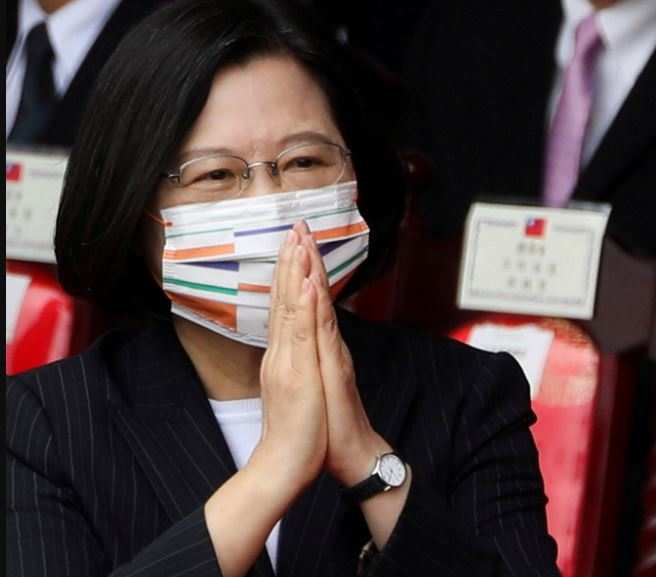 Beijing’s security agents have cracked down on “hundreds” of spying cases linked to Taiwan and arrested “a batch of Taiwanese spies and their accomplices”, according to China’s CCTV.

Are Erdogan’s ambitions for a superpower status crumbling?

French-born US citizen is Trump superfan at 95

Investors Diurnal Team - October 18, 2020 0
Thousands of people rallied in central Paris Sunday in a defiant show of solidarity with a teacher beheaded for showing pupils cartoons of the Prophet Mohammed. Demonstrators on the Place de la Republique held aloft posters declaring: "No to the totalitarianism of thought" and "I am a teacher" in memory of the decapitated victim Samuel Paty. Some chanted "I am Samuel".
World News

Investors Diurnal Team - October 17, 2020 0
NOVA SCOTIA (NYTIMES) - The warnings showed up more than a week ago in mailboxes in western Nova Scotia. Wolves were seen nearby, the letters said. "If a Gray Wolf is encountered, do not provoke, engage or feed the animal. Back away slowly while remaining calm - do not turn and run." Other residents of the area in the Annapolis Valley, near the Bay of Fundy, evidently heard growling coming from the woods. But there were no wolves. It was all a psychological training exercise gone wrong. The goal was to train a brigade of reservists on methods for defending against a disinformation campaign by a foreign adversary. The soldiers who organised it created a campaign of their own: printed flyers warning that the wolves had been seen in the valley. They also broadcast the sounds of growling wolves from speakers, according to The Ottawa Citizen, which reported on the incident Wednesday. Only members of the military were supposed to see the flyers and hear the broadcasts, but the warning letter somehow got out to nearby residents. Soon the phones started ringing at the Department of Lands and Forestry's office
World News

Investors Diurnal Team - October 12, 2020 0
"If over the next two weeks we see the epidemic indicators worsen, if intensive care beds fill up even more than we expect, we will indeed take additional measures," Castex said in an interview with France Info radio.