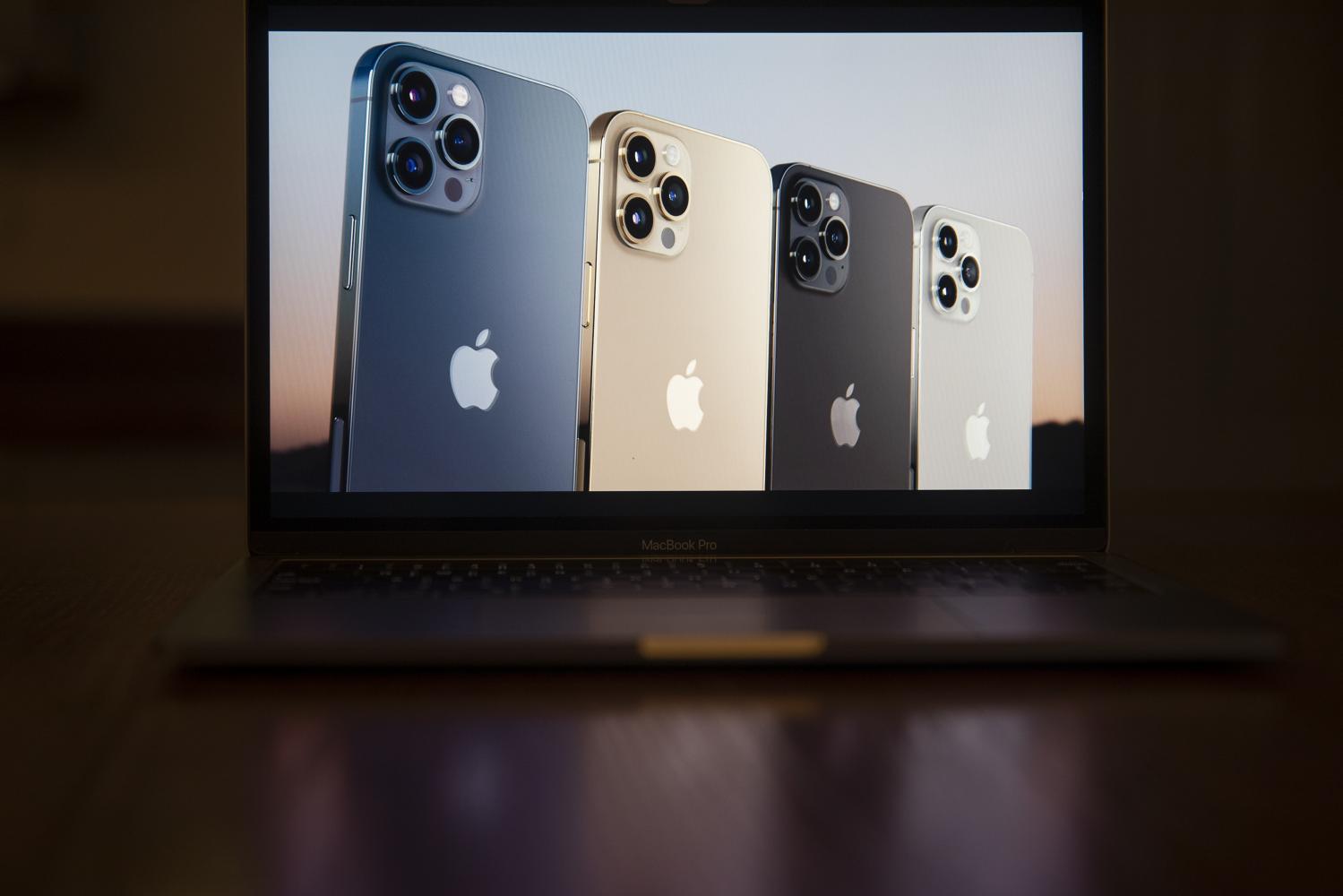 The Apple iPhone 12 Pro Max being unveiled during a virtual product launch on Tuesday. The event was streamed from Tiskilwa, Illinois in the US. Bloomberg

The new 5G-compatible iPhone 12 line could help push up demand in the smartphone market, with the government’s tax rebate “Shop and Payback” scheme anticipated to be a key driver for the segment in the fourth quarter, according to tech pundits.

The US tech giant has yet to announce when the iPhone 12 line will be made available in Thailand or the pricing in baht.

Narathip Wirunechatapant, chief executive of Jaymart Mobile, the handset distributor arm of SET-listed Jay Mart, said the new iPhone 12 line could push up demand among iPhone users in Thailand as they are 5G-compatible.

The iPhone 12 mini, he said, could help Apple reach out to mass users who are interested in mid-range handsets, similar to the iPhone SE.

In September, the local smartphone market shrank 30% from the same month a year earlier.

“September saw the lowest sales of the year,” he said.

Consumers are unwilling to upgrade handsets or pay more for 5G models, though the price gap between 4G and 5G handsets is only 3,000 baht, said Mr Narathip.

He has high hopes the Shop and Payback scheme will encourage people to buy smartphones.

On Monday the cabinet approved the tax rebate programme, allowing people to deduct up to 30,000 baht spent on certain goods and services, as part of efforts to shore up the sagging economy.

Buyers may decide to buy devices in the final quarter to be eligible for the scheme instead of the first quarter next year, said Mr Narathip.

Teerit Paowan, an analyst at tech research firm IDC Thailand, said the iPhone 12 is expected to accelerate demand for smartphones in the last quarter. Users typically upgrade their phones every two years, but those who have an iPhone X or iPhone 8 Plus may opt for an iPhone 12, he said.

Under the ongoing economic challenges, smartphone makers are likely to set more attractive prices for their handsets to speed up buyers’ decision-making.

Previously Chinese 5G-compatible devices were set at more than 20,000 baht.

Lock up Bidens, Trump urges at rally as he trails in polls

Investors Diurnal Team - October 7, 2020 0
Japan Post makes the first test run on a public road of its self-driving mail delivery robot in Tokyo on Wednesday. (Photo: Kyodo) TOKYO: Japan Post on Wednesday unveiled a self-driving mail delivery robot, the first of its kind on a public road in Japan, as demand grows for minimising human contact amid the coronavirus pandemic. Using built-in cameras and sensors, the red robot, which is the size of a wheelchair, travelled along a footpath in Tokyo's Chiyoda Ward, dodging obstacles such as utility poles, and crossed an intersection with traffic lights. The robot is in the middle of a series of test runs that began on Sept 18 and runs through late October that sees it travel 700 metres from a convenience store in a hospital to a local post office in about 25 minutes. The red-coloured DeliRo robot developed by ZMP Inc is capable of carrying packages weighing
Industries

Investors Diurnal Team - October 19, 2020 0
Cadence Design Systems tops analysts’ estimates for sales and profit in Q3. The U.S. firm reports £124.78 million of profit and £514.70 million of sales. Cadence forecasts 57.14 pence of EPS on £563.65 million of sales in Q4. Cadence Design Systems Inc. (NASDAQ: CDNS) published its earnings report for the fiscal third quarter on Monday that highlighted its sales and profit to have jumped on the back of IP sales activity and hardware that was greatly in demand in China. The company also expressed confidence that its system design and analysis segment was likely to see growth in the fiscal second half. Shares of the company jumped more than 3.5% initially in extended trading on Monday and lost the entire gain later on. Cadence Design Systems now has a per-share price of £87.48. In comparison, the stock had plummeted to as low as £41.94 per share in March, when the impact of COVID-19 was at its peak. Are you looking for fast-news, hot-tips and market analysis? Sign-up for the Invezz newsletter, today. Cadence had started the year at a per-share price of £55.16. Here’s what you need to know about the financial analysis of a company. Cadence’s Q3
Tech