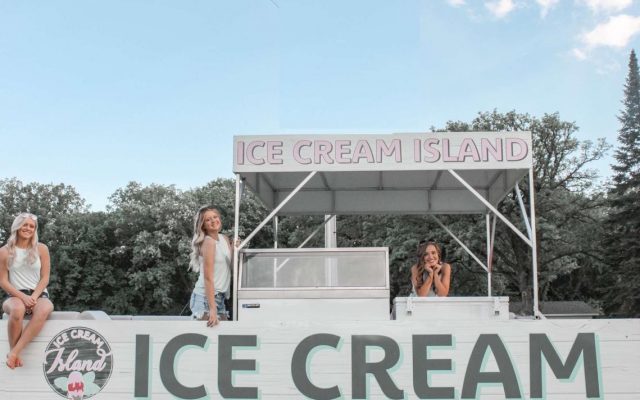 The three young women from Fertile, Minnesota, founded their business because they have traditionally spent weekends from May until September at the lake with their families and didn’t want that to change when they were old enough to get summer jobs.

”It was hard to leave the lake on beautiful days,” Hallie said.

When the Strems’ parents came back from a Florida vacation this past winter and told them about a business that sold ice cream on a lake there, the Strem sisters and Haaven decided to to start a similar business on Maple Lake.

Investors Diurnal Team - April 21, 2021 0
Psychedelic drugmaker ATAI Life Science, which backed by billionaire investor Peter Thiel, said it is planning to raise $100 million in an initial public offering. The Berlin-based company — which tests drugs like ketamine, DMT and psilocybin, the active ingredient in “magic mushrooms,” to treat depression — raised an aggregate of $362.3 million from private investors so far, according to its S-1 filing to the Securities and Exchange Commission submitted late Tuesday. The company said it is planning to sell its shares on the NASDAQ under the symbol ATAI. An IPO date has not been set. Aside from depression, ATAI is also developing psychedelics and other drugs to treat anxiety, opioid addiction, post traumatic stress disorder and cognitive impairment associated with schizophrenia, among things, according to the company website. ATAI, which has roughly 50 staff in offices in Berlin, New York and San Diego, is partnered with 14 companies focusing on drug development and other technologies. ATAI helps the scientists raise money, work with regulators and conduct clinical trials in exchange for a majority stake in the drugs and tech they are developing. So far, none of the company’s drugs have been formally approved by regulators, however.
Business

That ideal job listing might not be what it seems; The...

Investors Diurnal Team - May 21, 2021 0
“Thankfully she called and we verified it was not a real check with us but what they want you to do is they want...