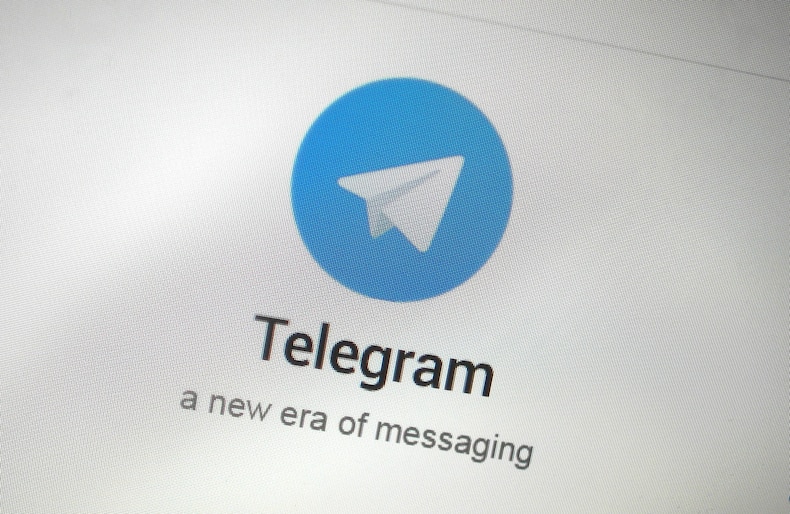 FILE PHOTO: The Telegram messaging app logo is seen on a website in Singapore. Thomas White/Reuters

With the surge in new additions, Telegram announced it hit a milestone, surpassing 500 million active users.

The user boost comes after competitor WhatsApp faced widespread backlash following a new privacy policy, in which users will have to let Facebook and its subsidiaries collect WhatsApp data, like phone numbers and locations, before February 8 or lose access to the app. The company has since clarified the change doesn’t affect the privacy of messages with friends and family.

“It’s important for us to be clear this update describes business communication and does not change WhatsApp’s data sharing practices with Facebook,” WhatsApp CEO Will Cathcart said on Twitter. “It does not impact how people communicate privately with friends or family wherever they are in the world.”

Founded in 2013 by Pavel Durov, Dubai-based Telegram is a multimedia messaging app that competes with WhatsApp. Durov, the billionaire majority owner of the company, developed the app after creating Russia’s largest social network, according to Forbes. A representative from the company was not immediately available for comment on its surge in new user downloads.

Messaging app Signal saw a 4,200% boost in users following backlash to the WhatsApp news. From January 6-10, the app added 7.5 million downloads, according to data from Sensor Tower.

Investors Diurnal Team - January 16, 2021 0
INGERSOLL, ON, Jan. 15, 2021 /CNW/ - Unifor Local 88's bargaining committee, representing 1,900 workers at the CAMI Assembly Plant in Ingersoll, Ontario has reached a tentative agreement with General Motors today. "This tentative deal delivers significant investment, new products, new jobs, and job security, achieving our union's key bargaining priorities during these challenging times," said Jerry Dias, Unifor National President. General Motors has agreed to invest $1 billion dollars to begin large-scale commercial production of EV600, an all electric van, starting next year. More details of the tentative agreement will be presented to Local 88 members at an online ratification meeting scheduled for Sunday, January 17. Results of the ratification vote are scheduled to be released Monday, January 18. This contract, if ratified, will bring the total investment negotiated by Unifor to nearly $6 billion dollars after new agreements were ratified with General Motors, Ford and Fiat Chrysler in 2020 that included support from the federal and Ontario governments. The Ford deal reached in September included $1.95 billion to bring battery electric vehicle production to Oakville and a new engine derivative to Windsor and the Fiat Chrysler agreement included more than $1.5 billion for a state-of-the-art platform to build both Plug-In Hybrid Vehicles and Battery Electric Vehicles. In November, General Motors agreed to a $1.3 billion dollar investment to bring 1,700 jobs to Oshawa plus more than $109 million to in-source new transmission work for the Corvette and support continued V8 engine production in St. Catharines. Bargaining with General Motors in Ingersoll opened on January 4, 2021 under extraordinary circumstances and heightened public health restrictions to prevent the spread of COVID-19. Both Unifor and General Motors worked diligently to ensure full compliance with the restrictions. Unifor is Canada's largest union in the private sector, representing 315,000 workers in every major area of the economy. The union advocates for all working people and their rights, fights for equality and social justice in Canada and abroad, and strives to create progressive change for a better future. SOURCE Unifor
Markets

Investors Diurnal Team - January 15, 2021 0
"Shark Tank"/ABC"Shark Tank" investor Kevin O'Leary criticized Bitcoin as niche, illiquid, and poorly regulated. "Bitcoin is still a nothingburger, a giant nothingburger," he said on his YouTube channel. O'Leary emphasized the potential for a global digital currency approved by regulators. Visit Business Insider's homepage for more stories. "Shark Tank" star Kevin O'Leary dismissed Bitcoin as too niche, illiquid, and badly regulated to justify a substantial investment in an interview this week. "I look at the asset value of Bitcoin versus the asset value of all things traded and Bitcoin is still a nothingburger, a giant nothingburger," he told investor Anthony Pompliano in a video on his YouTube channel. "You don't have every institution willing to play ball with it," the O'Leary Funds and O'Leary Ventures chairman continued. Read more: 'Vastly technically disconnected': A market strategist breaks down the 3 indicators that show Tesla is overpriced - and what to look for that could signal a crash resembling Cisco's in 2000 O'Leary - whose nickname is "Mr. Wonderful" - added that it's a headache to buy a large sum of Bitcoin and a pain to navigate the regulatory minefield around cryptocurrencies. "If I want to buy a million dollars' worth of Bitcoin right now, I've gotta do a fair amount of work to pull that off," he said. "I can't get consistency with any single regulator on endorsing bitcoin for me to actually do a significant transaction." However, O'Leary underscored the rich potential for a digital currency that is widely approved by regulators and can be used to buy assets around the world. Read more: Cathie Wood's ARK Invest runs 5 active ETFs that more than doubled in 2020. She and her analysts share their 2021 outlooks on the economy, bitcoin, and Tesla. "Then you would have something of tremendous value," he said. "That is a vision that's really attractive versus this tiny little thing." O'Leary voiced similar criticisms in a CNBC interview last month. The size of the Bitcoin market makes it "completely irrelevant to the institutional client," he said. The veteran investor also highlighted a regulatory crackdown as a major risk for crypto fans. "Grown men are going to weep when that happens," he said. "It will be brutal." Read more: How the boom in sustainable investing is influencing the way massive companies react to events like the Capitol riots O'Leary proposed a solution to his concerns on "The Pomp Podcast" last month: a cryptocurrency ETF approved by regulators. "Give me the top seven cryptocurrencies, put them into an ETF wrapper, and let me invest in it with liquidity, so that if I want to buy a million dollars of it in the morning and sell a million dollars in the afternoon, I can do that in an ETF format," he said.
Markets

Investors Diurnal Team - September 8, 2020 0
NuStar Logistics, L.P., a wholly owned operating subsidiary of NuStar Energy L.P. (NYSE: NS) ("NuStar Energy”), announced today that it plans to conduct an offering of senior notes pursuant to an effective shelf registration statement previously filed with the Securities and Exchange Commission ("SEC”). The notes will be fully and unconditionally guaranteed by NuStar Energy, as parent guarantor, and NuStar Pipeline Operating Partnership L.P., a wholly owned operating subsidiary of NuStar Energy, as affiliate guarantor. The net proceeds from the offering are expected to be used for the repayment of indebtedness, including (1) all amounts outstanding under NuStar Logistics, L.P.’s term loan agreement and the related repayment premium and (2) a portion of borrowings outstanding under NuStar Logistics, L.P.’s revolving credit agreement. Amounts repaid under NuStar Logistics, L.P.’s revolving credit agreement may be reborrowed and used for the payment of $300 million aggregate principal amount of NuStar Logistics, L.P.’s 6.75% senior notes due 2021 at their maturity and for general partnership purposes. Citigroup Global Markets Inc., BofA Securities, Inc., J.P. Morgan Securities LLC, Wells Fargo Securities, LLC, Barclays Capital Inc., BBVA Securities Inc., BMO Capital Markets Corp., Mizuho Securities USA LLC, MUFG Securities Americas Inc., PNC Capital Markets LLC, RBC Capital Markets, LLC, Scotia Capital (USA) Inc., SMBC Nikko Securities America, Inc., TD Securities (USA) LLC, Truist Securities, Inc. and U.S. Bancorp Investments, Inc. are acting as book-running managers for the offering. Comerica Securities, Inc. is acting as co-manager for the offering. A copy of the prospectus supplement and accompanying base prospectus relating to this offering may be obtained from Citigroup Global Markets Inc., c/o Broadridge Financial Solutions, 1155 Long Island Avenue, Edgewood, NY 11717, or by telephone at (800) 831-9146. You may also obtain these documents for free when they are available by visiting the SEC’s website at www.sec.gov. This news release does not constitute an offer to sell or a solicitation of an offer to buy the securities described herein, nor shall there be any sale of these securities in any state or jurisdiction in which such offer, solicitation or sale would be unlawful prior to registration or qualification under the securities laws of any such state or jurisdiction. The offering may be made only by means of a prospectus and related prospectus supplement meeting the requirements of Section 10 of the Securities Act of 1933, as amended. NuStar Energy, a publicly traded master limited partnership based in San Antonio, is one of the largest independent liquids terminal and pipeline operators in the nation. NuStar Energy currently has approximately 10,000 miles of pipeline and 75 terminal and storage facilities that store and distribute crude oil, refined products and specialty liquids. NuStar Energy’s combined system has approximately 75 million barrels of storage capacity, and NuStar Energy has operations in the United States, Canada and Mexico. Cautionary Statement Regarding Forward-Looking Statements This press release includes forward-looking statements regarding future events, including the timing, and expected use of proceeds from the offering. All forward-looking statements are based on NuStar Energy’s beliefs as well as assumptions made by and information currently available to NuStar Energy. These statements reflect NuStar Energy’s current views with respect to future events and are subject to various risks, uncertainties and assumptions. These risks, uncertainties and assumptions are discussed in NuStar Energy’s 2019 annual report on Form 10-K and subsequent filings with the SEC. NuStar Energy undertakes no obligation to update or revise any forward-looking statement except as may be required by applicable law. View source version on businesswire.com: https://www.businesswire.com/news/home/20200908005550/en/