Here’s what we’re watching ahead of the opening bell on Friday.

The U.S. jobs report for December is due at 8:30 a.m. ET. Job growth has slowed in recent months as cold weather, rising Covid-19 infections and lockdowns took the wind out of a nascent recovery—and those factors are expected to have weighed heavily last month.

U.S. wholesale inventories for November, due at 10 a.m., are expected to fall 0.1% from a month earlier. The
Baker Hughes
rig count, a proxy for drilling activity, is due at 1 p.m., and consumer credit data are due at 3 p.m.

—Shares of
Sarepta Therapeutics
dropped more than 48% in off-hours trading after mixed results from a study of a drug targeting a form of muscular dystrophy.

the richest man in the world, pushing him ahead of
Amazon
‘s
Jeff Bezos.

—Software company
Duck Creek Technologies
reported a bigger quarterly loss than a year ago while its net sales climbed by more than a quarter. Its shares inched down 0.2% premarket.

—
Boeing
shares slipped 0.4% ahead of the bell. The plane maker will pay $2.5 billion to resolve a criminal probe as it admitted that employees deceived aviation regulators about safety issues leading to two deadly crashes of the 737 MAX.

U.S. government-bond yields rose faster than many expected after Democrats won control of the Senate. The yield on the 10-year U.S. Treasury note closed at 1.07% Thursday, according to data from
Tradeweb. 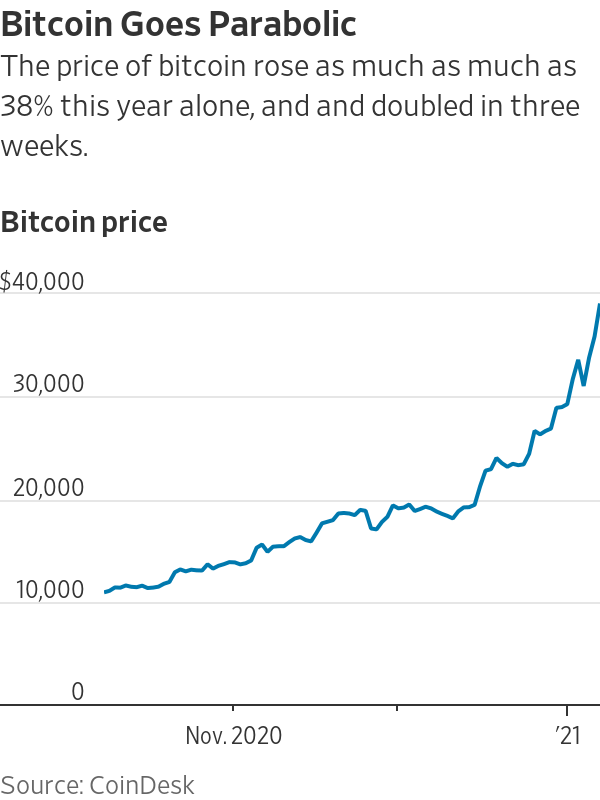 Bitcoin continued its blistering start to 2021, crossing $40,000 for the first time on Thursday.

China Takes Its Pigs to the Futures Market

What We Already Know About Investing in 2021