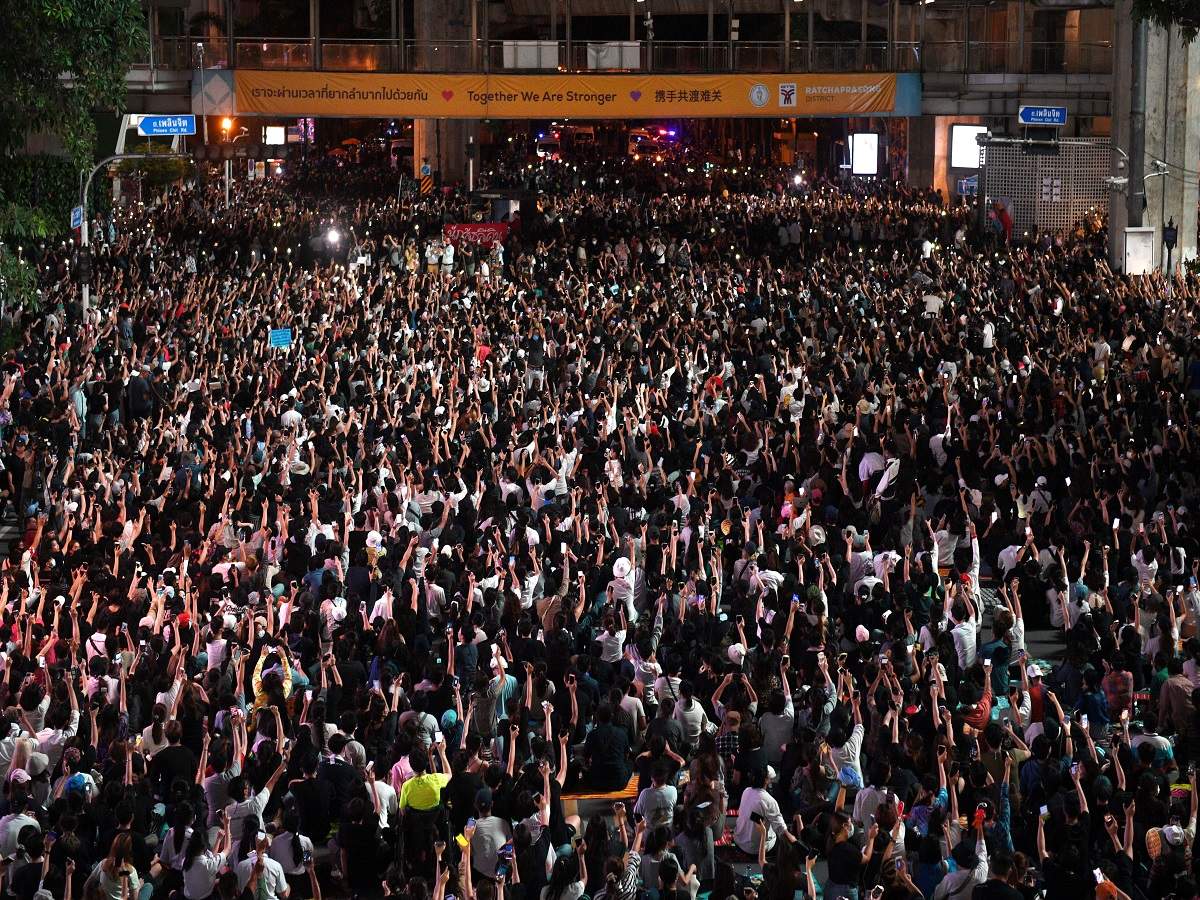 Thailand’s government declared a strict new state of emergency for the capital on Thursday, a day after a student-led protest against the country’s traditional establishment saw an extraordinary moment in which demonstrators heckled a royal motorcade.

Investors Diurnal Team - October 17, 2020 0
AMMAN (AFP) - Jordan's public prosecutor has charged several people after a 16-year-old boy had his eyes gouged and hands partly sliced off in an apparent revenge act that has shocked the Arab kingdom. The mutilation was carried out on Tuesday (Oct 13) in Zarqa, a centre of Islamic conservatism north-east of the capital Amman, after a group kidnapped the boy, allegedly in retribution against the boy's father, who is in custody, accused of murder. Judicial authorities have warned social media users against sharing a video of the assault. Outraged Jordanians have called for those responsible to face the death penalty, after security forces said this week they had arrested the main perpetrator along with five other suspects. Official news agency Petra reported on Friday that the prosecutor has charged an unspecified number of defendants with kidnapping and attempted murder. King Abdullah II ordered the boy's transfer to Amman's King Hussein Medical Centre, where he has reportedly undergone eye surgery and treatment to fit prosthetics, and called for the strongest legal measures against those responsible. Queen Rania termed the attack "an unspeakable atrocity in every respect". "How can we undo
World News

Investors Diurnal Team - October 20, 2020 0
LAHORE: Former prime minister Nawaz Sharif's daughter and Opposition Pakistan Muslim League-Nawaz's vice-president Maryam Nawaz was on Tuesday booked along with over 2,000 party members for holding an anti-government rally in Lahore where she called Prime Minister Imran Khan a "coward, selected and puppet" who hides behind the Army.The rally by the 11-member opposition alliance Pakistan Democratic Movement (PDM) was held here on October 16 before the Gujranwala public meeting.Maryam had openly called Prime Minister Khan a "coward, selected and puppet" in the rally, saying he hid behind the Army to cover up his 'Nalaaiki' (bad governance).She dared the “selected” Prime Minister to arrest her as she is not afraid of going to jail.The Pakistan Army, which has ruled the country for more than half of its 70 plus years of existence, has hitherto wielded considerable power in the matters of security and foreign policy.The First Information Report (FIR) was registered for chanting slogans against the government and the state institutions, causing trouble for citizens, blocking roads, using loudspeakers and microphones, and violating coronavirus standard operating procedures.Maryam's husband Capt (retd) Mohammad Safdar was also named in the FIR. He was earlier arrested in Karachi for allegedly violating the sanctity of
World News

Investors Diurnal Team - October 19, 2020 0
WASHINGTON (AFP) - "Beautiful" is how US political outsider Donald Trump described his shock presidential win against rival Hillary Clinton on the night of Nov 8, 2016. The details were less clean-cut. Former secretary of state Clinton had received nearly three million more votes than her Republican rival. But, by narrowly winning key battleground states, Trump surpassed the 270 Electoral College votes necessary to win the White House. With just five weeks until the 2020 election featuring Trump and Democrat Joe Biden, the rules of this enigmatic - some argue outmoded - system are coming back into focus. Why an electoral college? The 538 members of the US Electoral College gather in their state's respective capitals every four years after the presidential election to designate the winner. A presidential candidate must obtain an absolute majority of the college vote - or 270 of the 538 - to win. The system originated with the US Constitution in 1787, establishing the rules for indirect, single-round presidential elections. The country's founding fathers saw the system as a compromise between direct presidential elections with universal suffrage, and an election by members of Congress -