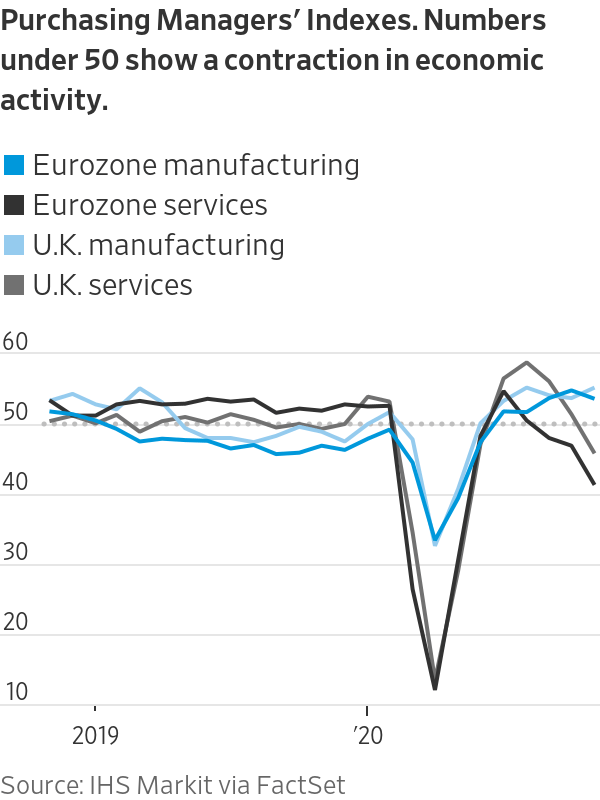 Only a year ago, trade was a big worry for investors, and the strong domestic economy a source of comfort. How times change.

The median estimate among analysts is still that the U.S. economy will expand 4% in the final quarter relative to the third. Vaccines under development also raise the prospect of a quicker end to the pandemic, which could help unlock some extra capital spending and hiring. But at the same time, signs of weakness are creeping into the labor market and Covid-19 cases are surging. In the eurozone, the economy is likely to contract again.

Amid so much macroeconomic uncertainty, investors should focus on what the latest data show: A widening gulf between the global export-oriented economy, which could soon get back to precrisis levels, and the more troubled, domestically focused one.

According to purchasing managers index surveys for November, published this week by
IHS Markit,
business activity in the U.K., the eurozone and Japan is shrinking again. Monthly changes in PMIs look tightly correlated to the recent rise in Covid-19 infections. 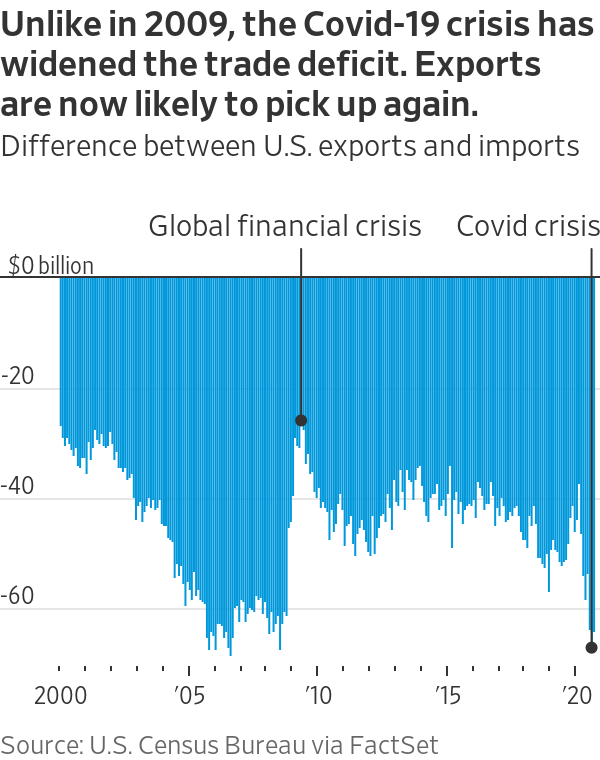 But under the headline figures, manufacturing output has kept growing at a healthy clip, even as the services sector has plunged back into crisis mode. In the eurozone and the U.K., the difference between the two PMIs was the widest in almost 25 years. Households have shifted some spending from services toward goods. Even in those nations that have re-enacted strict lockdowns, like France, the industrial sector has been encouraged to keep producing.

This divided picture fits with a strong recovery in global trade flows underpinned by China. The first country hit by the pandemic has also emerged from it sooner by ramping up industrial production and building infrastructure. Consumer spending there has been much slower to improve.

The U.S. has so far managed to remain an exception, as fiscal stimulus has pushed up incomes and created pent-up demand. November PMIs showed an improvement in both services and manufacturing. On Wednesday, consumer spending once again rose more than expected, even as dwindling government transfers sapped incomes. American imports are holding out much better than exports, and the U.S. trade deficit has jumped to near record levels. 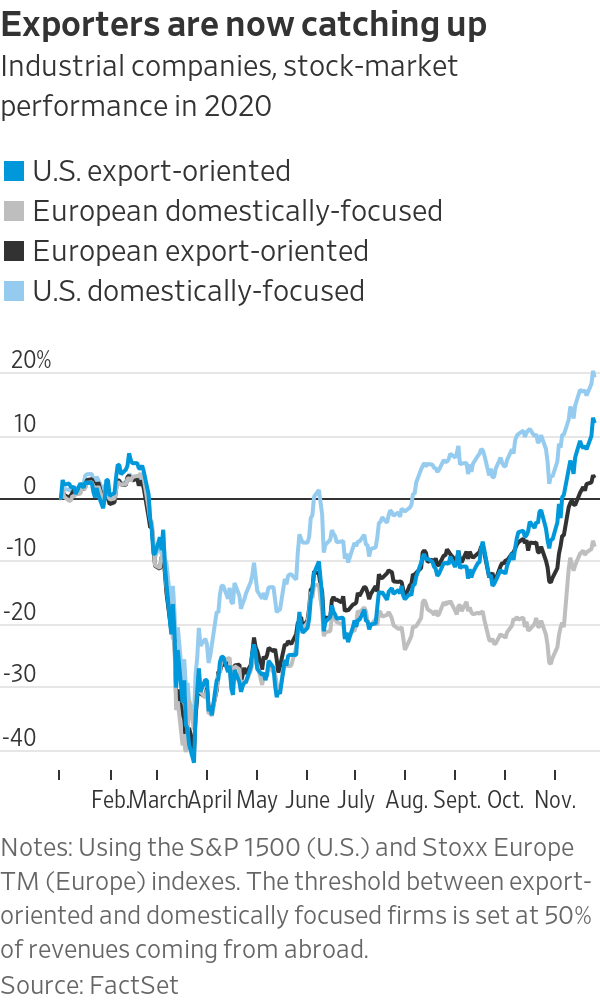 This is reflected in markets. On the surface, American exporters appear to have beaten benchmark indexes in 2020, but this is only because the technology giants have big overseas businesses. Sector by sector, exporters have often underperformed, and only recently started to reverse the trend—manufacturers being a key example.

They could rally further: The U.S. isn’t impervious to global trends and the trade deficit looks set to narrow. If there is a Christmas shopping boost, it will help goods more than services. Inventories have been run down a lot and are being rebuilt. All in all, firms that can rely on global trade seem better off.

In Europe, export-focused manufacturers have already beaten domestically focused ones this year, but may still be the better choice: On Friday, official data showed that consumer confidence in the eurozone has plummeted, with the exception of export powerhouses like Germany and the Netherlands. Even if trade were to stumble, the probable rise of the U.S. dollar against the euro would provide them with a cushion.

Many questions still surround vaccine deployment, postcrisis economic scars and how global supply chains could be redrawn after Covid-19. For the moment, trade is the only recovery story that offers investors a modicum of certainty.