Home Markets The FAA has given approval for commercial drones to fly over people....
Facebook
Twitter
WhatsApp
Linkedin
Email 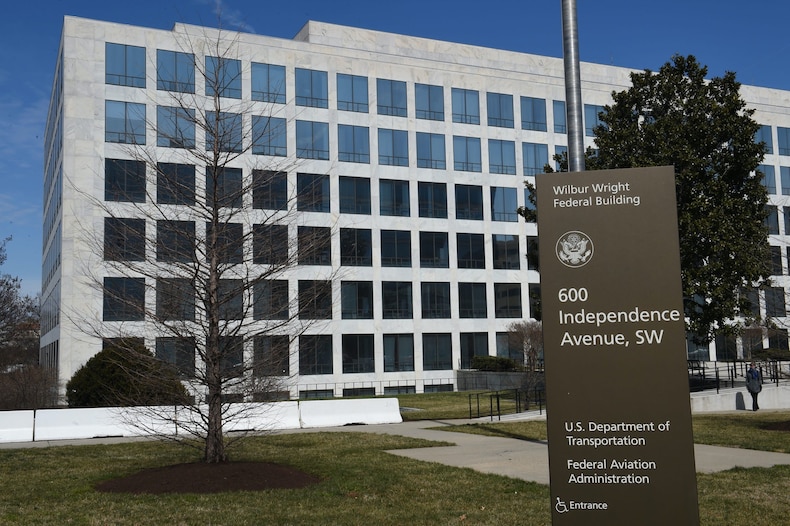 The Department of Transportation building in Washington DC.

The first commercial uses will be outside cities, with drones helping on industrial and agricultural jobs, said American Robotics, the first company to get approval.

“Decades worth of promise and projection are finally coming to fruition,” said Reese Mozer, CEO and co-founder, in a statement.

The newly finalized rule, ”Operation of Small Unmanned Aircraft Systems over People’,’ will also allow some autonomous drones to fly at night. It will take full effect 60 days after Friday’s publication in the FAA’s Federal Register.

The rule includes four categories of commercial drones that can fly over people, according to the FAA. The rules won’t immediately open up city skies for delivery companies like Amazon but they’re a step in that direction.

The City of New York, for example, had objected to city flights because it “is home to huge volumes of manned air traffic, skyscrapers which block and reflect signals, and one of the most complex and noisy radio frequency environments,” according to the FAA. 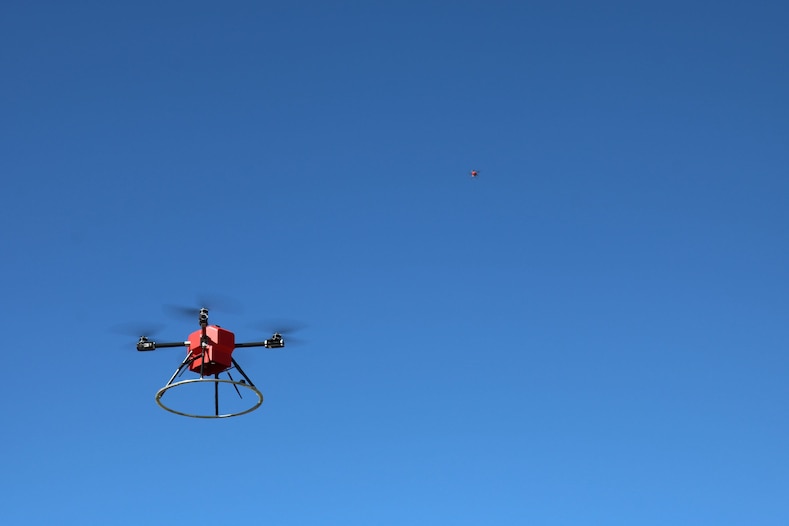 Before Friday’s update, most commercial drone flights required people flying the drones to be able to see them at all times, or “other burdensome restrictions,” according to American Robotics. They also usually required one-off permissions, including waivers for flights over people. Many states also have their own regulations.

Now, autonomous drones can be placed out in the field, in base stations, where they can operate for multiple years without human interaction, said the company.

Read more: 6 autonomous aviation startups poised to bring self-flying planes, drones, and air taxis from the fringes to reality, according to VCs

“With these approvals, American Robotics is ushering in a new era of widespread automated drone operations,” Mozer said.

While Friday’s rule allowed for more autonomous drone flights, it didn’t remove human operators entirely, according to The Verge. Operators will still have to run safety checks before each flight, along with other tasks.

Friday’s finalized rule was first proposed in February 2019, but the conversation about commercial drones dates back to at least 2012, according to the Electronic Privacy Information Center (EPIC.)

That organization had argued that any drone flying over a group of people should have to broadcast information including its location, purpose, and surveillance capabilities.

“In response to comments by EPIC and others, the FAA’s final rule prohibits the operation of drones over ‘open-air assemblies’ unless the drone meets the broadcast ID requirements that takes affect in September 2023,” EPIC said in a Friday statement.

Specific categories of drones will be able to fly over outdoor assemblies of people, provided they meet regulations. They can’t, for example, contain any exposed rotating parts that would lacerate human skin on impact with a person.

Military and police forces around the US have widely used drones for various uses, including telling people to stay home during the pandemic.

Mondelez, China Mobile, Micron: What to Watch When the Stock Market Opens Today

Restaurants experience a boost in sales as consumers use some stimulus...

Apple Could Bring Radical Changes To MacBook Pro 2021: What We...

Investors Diurnal Team - January 15, 2021 0
Apple Inc (NASDAQ:AAPL) is planning a major design upgrade to its MacBook Pro range of notebooks for the first time since the 2016 lineup, according to TF International Securities analyst Ming-chi Kuo.What Happened:  Kuo said that the Touch Bar will be replaced by physical function keys in the new version of the computer and the MagSafe charger will mark its return, 9to5Mac reported Thursday. Other rollbacks by the Tim Cook-led company include the addition of more built-in IO ports, which would eliminate the need to purchase dongles, as per Kuo. The tech giant is also planning on updating the displays of the notebooks with brighter higher-contrast panels, Bloomberg reported. The new Pro series computers will come equipped with Apple’s ARM chips instead of the ones made by Intel Corporation (NASDAQ:INTC). The laptop’s chassis would have squared-off sides in both the top and bottom halves, according to the analyst.  The new model is expected in both 14 and 16-inch sizes and will utilize a similar heat pipe system as the current generation 16-inch model, allowing for better performance due to more thermal headroom, Kuo said, as reported by the Verge.  Kuo revealed that the design upgrade is scheduled for the third quarter of 2021. Why It Matters: In November, the Cupertino, California-based tech giant launched the 13-inch MacBook Pro with the M1 chip at its “One More Thing” live event. See Also: Apple Highlights New M1 Chip, Shift Away From Intel At 'One More Thing' Event The new 13-inch MacBook Pro retains the Touch Bar and comes with an identical hardware design to the previous range. Price Action: Apple shares closed nearly 1.5% lower at $128.91 on Thursday and fell 0.22% in the after-hours session. Related Link: Apple Succeeds In 'Getting Us To Talk About The Mac After Years Of Obscurity'
Markets

Correction is near as stocks are in an “epic bubble”, investor...

Investors Diurnal Team - January 12, 2021 0
The bull run which occurred back in 2009 had “matured into a fully-fledged epic bubble, says Jeremy Grantham S&P 500 price closed 0.66% lower yesterday to record the first daily session of losses in five days The US benchmark index closed 1.83% higher last week to exceed the 3800 mark for the first time ever Rumours about the stock market currently being in a bubble have emerged once again as many analysts want that extreme valuation are unsustainable.  Fundamental analysis: “Epic bubble” Stocks have hit record highs amid the persistent coronavirus pandemic, driven by the rollout of COVID-19 vaccines and monetary stimulus from global central banks.  Are you looking for fast-news, hot-tips and market analysis? Sign-up for the Invezz newsletter, today. Even though the rollout of vaccines has already started in many countries, the number of infections is still on the rise as new variants of coronavirus are being identified, resulting in the reintroduction of strict lockdown measures around the world. Jeremy Grantham, British investor and co-founder of GMO, said Tuesday that the extended bull run which occurred back in 2009 had “matured into a fully-fledged epic bubble.” “Featuring extreme overvaluation, explosive price increases, frenzied issuance, and