Home Markets The pandemic devastated airlines in 2020 and forced many out of business...
Facebook
Twitter
WhatsApp
Linkedin
Email 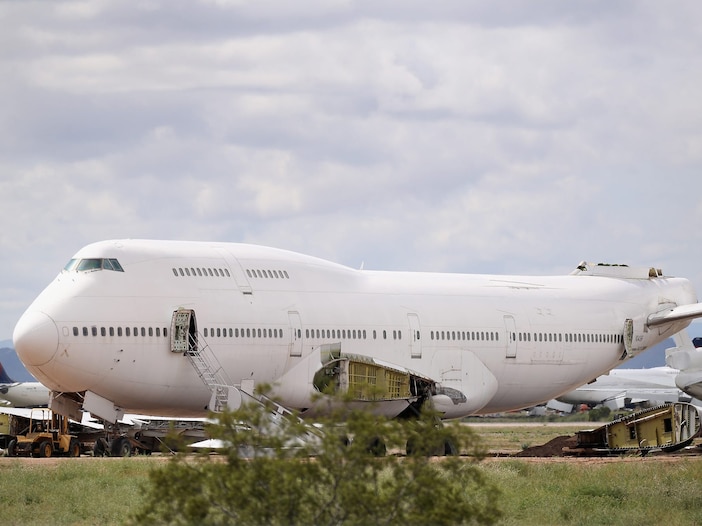 An aircraft sits in a boneyard in Arizona.

Each year sees a small number of airlines close up shop for any number of reasons, but last year had the pandemic to speed some along.

A surprise announcement in February that the promising Qatar Airways-backed Air Italy would be liquidated set the stage for a year of losses even before lockdowns grounded the world’s airlines. And while the coronavirus was well-known by then, its destructive power in the airline industry was still yet to be realized.

In the US, all 11 major airlines remained intact but smaller regional carriers folded amid an unprecedented drop in passengers that remains low even into the new year. Three carriers operating flights on behalf of larger carriers both closed up shop after their services were no longer required by the majors, costing thousands of jobs in the industry amid an already grim period of furloughs.

Brett Snyder of the aviation blog CrankyFlyer’s yearly list of “airlines we lost” that reveals just how many didn’t live to see the new year.

Read more: 5 charts reveal how badly the loss of business travel is hurting America’s biggest airlines – and why a COVID-19 vaccine won’t ease the pain

Here are the most notable airlines we said goodbye to in 2020. 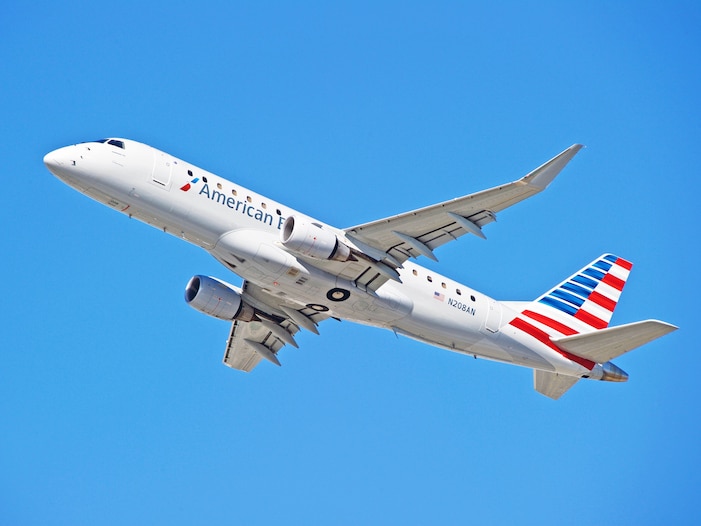 Compass Airlines was a regional airline that shut down in April 2020 after ending operations with American Airlines and Delta Air Lines, according to FlightGlobal. The Minneapolis-based carrier primarily flew the Embraer E175 aircraft with bases on the West Coast in its last years. 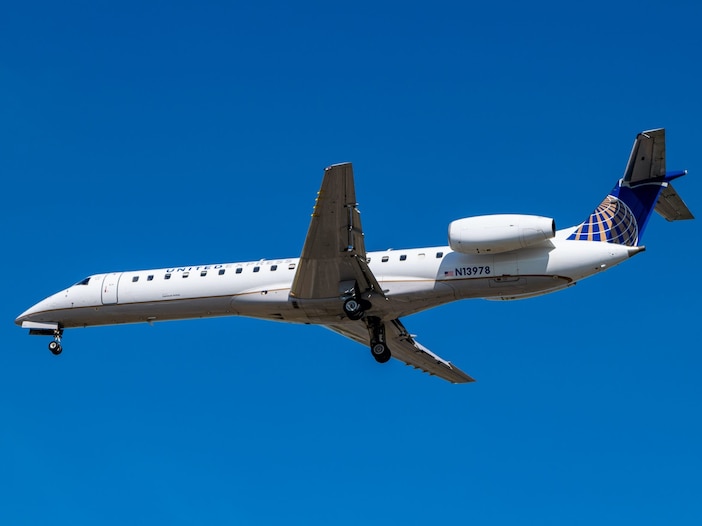 ExpressJet Airlines was a regional airline that ceased operations on September 30, 2020, after United Airlines chose rival CommutAir to fly regional services. Major airlines like American Airlines, Delta Air Lines, and most recently, United Airlines had contracted the airline to fly its regional hubs to smaller cities.

One pilot who flew for ExpressJet described the airline to Insider as reliable and professional to the end, earning the nickname “SureJet.”

“We were the little airline that could,” Colin Crane, a former ExpressJet pilot, told Insider in a prior interview.

The carrier had a small stint as an independent airline selling its own tickets and flying its own routes but rising oil prices at the time put an end to that plan. 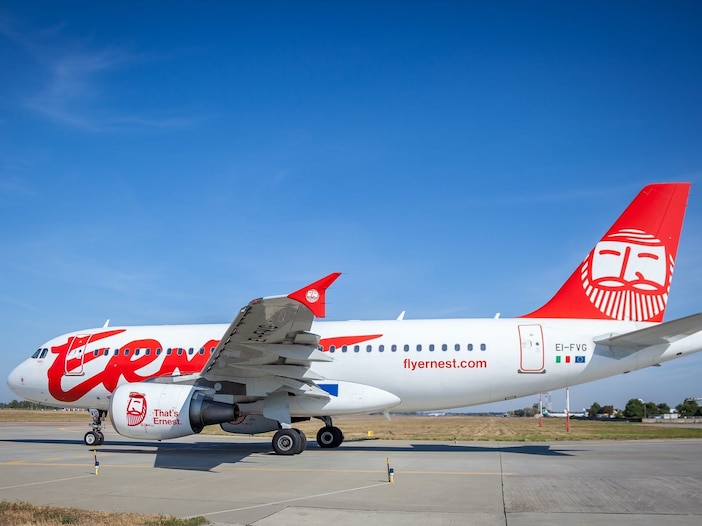 Italy’s Ernest suspended operations less than two weeks into 2020 after only five years of service, AirlineGeeks reported. The carrier primarily served European destinations with a fleet of four Airbus aircraft. 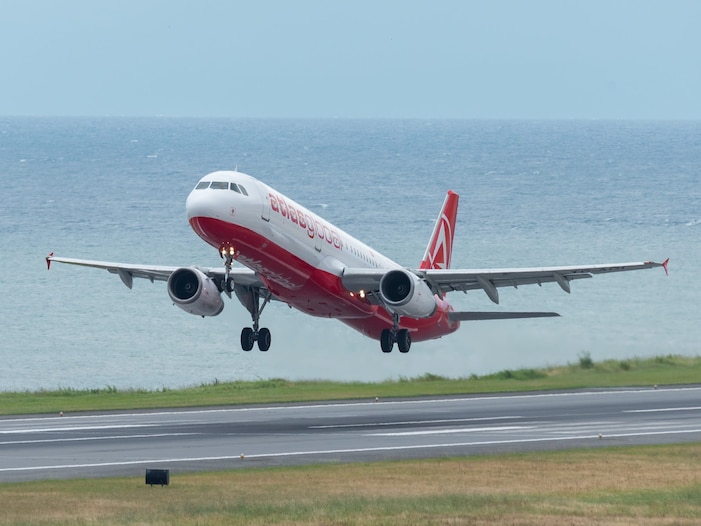 Turkish carrier AtlasGlobal suspended operations in February 2020 after having just resumed operations following a challenging economic environment in its home country, according to FlightGlobal. The airline operated flights within the Middle East and Europe with an Airbus fleet. 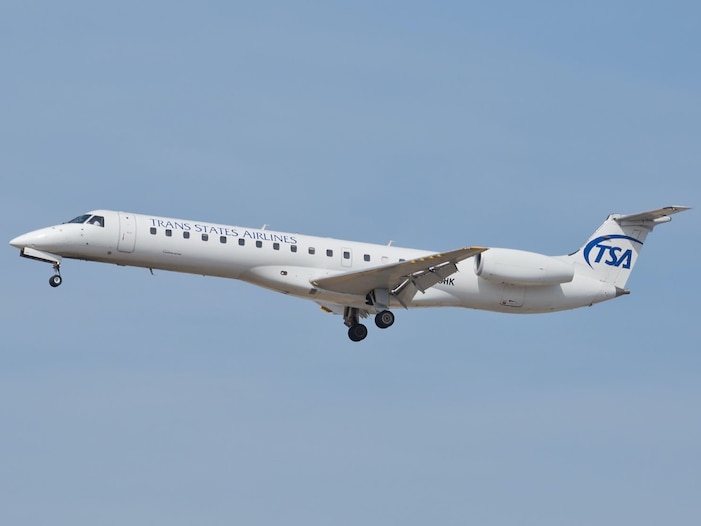 Trans States Airlines was a regional airline that flew Embraer ERJ145 services for United Airlines, While originally planning to cease operations by the end of 2020 after consolidating operations with ExpressJet Airlines, the pandemic saw the airline cease operations on April 1, as Insider’s David Slotnick reported. 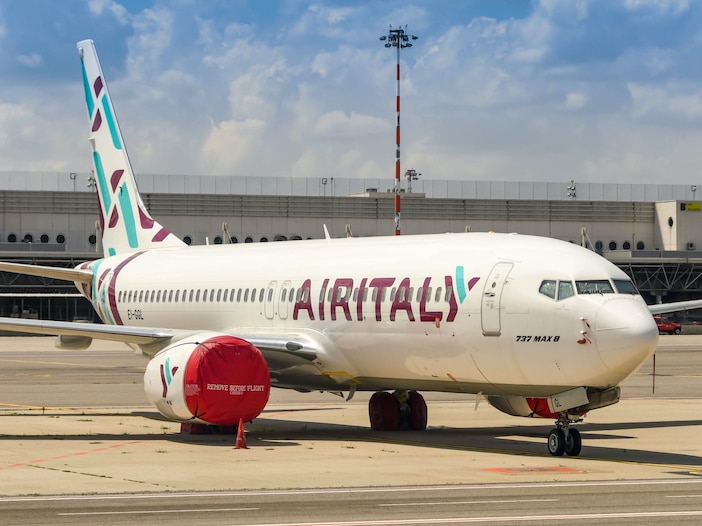 Air Italy was an Italian airline reborn in 2018 under new ownership and strong backing from Qatar Airways. The airline could trace its routes back to the 1960s and flew under the Meridiana brand from the early 2000s until its rebrand.

Meridiana and the former Air Italy had combined to create an airline to rival Alitalia. The first new intercontinental flight launched to New York from Milan in June 2018 with subsequent expansions across the US and Canada.

Operations were ultimately ceased in February 2020 as its first years saw massive losses, as Insider’s David Slotnick reported. The Boeing 737 Max grounding had also cost the airline since it relied on the aircraft for its European route network. 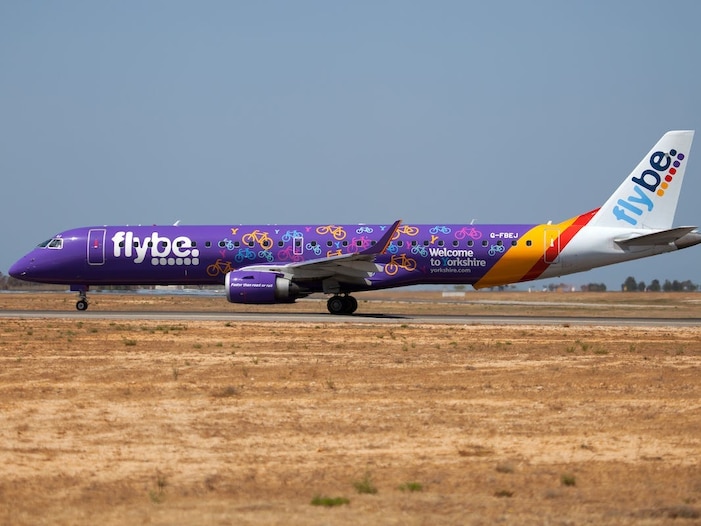 A Flybe plane in Faro, Portugal.

Flybe was an independent regional airline in the UK that ceased operations in March 2020 due to the pandemic, as the New York Times reported. The airline had served the furthest and most obscure reaches of the British isle, especially cities that had been shunned by the country’s larger carriers.

A group of companies including Virgin Atlantic Airways, Stobart Group, and Cyrus Capital had purchased the airline in 2019, the Times reported, but that couldn’t keep the airline from going under. 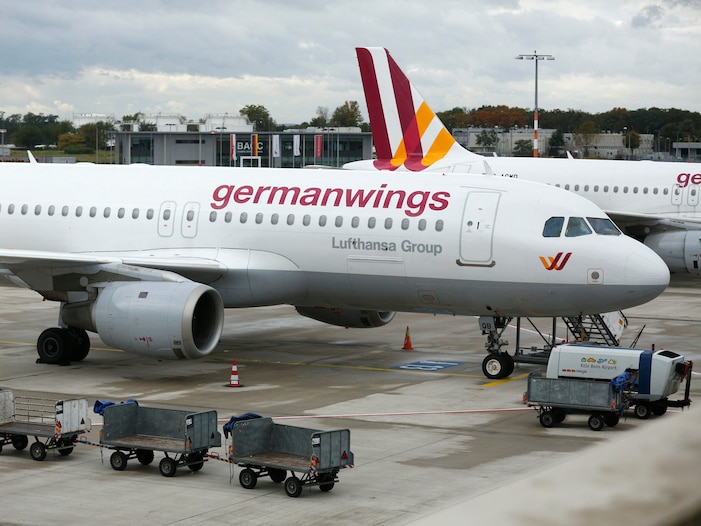 Germanwings aircraft stand on the apron at Cologne-Bonn airport October 16, 2014. German pilots at Lufthansa’s low-cost unit Germanwings are to go on strike on Thursday, forcing the cancellation of 100 flights – or around a fifth of its services – as a dispute over an early retirement scheme drags on.

Germanwings was one of the Lufthansa Group’s low-cost carriers that ceased operations in April 2020 due to the pandemic, as Reuters reported. The Lufthansa Group started these carriers as a way of competing with the likes of Ryanair and EasyJet, which had offered incredibly low fares for flights across the continent.

The airline had suffered a massive public relations disaster when a co-pilot committed suicide by crashing a plane during a scheduled flight from Spain to Germany in 2015, killing all on board. 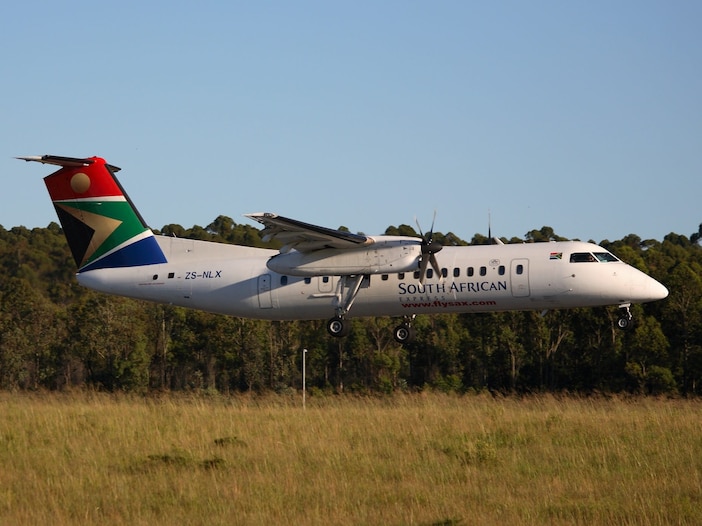 SA Express was an independent regional airline in South Africa that ceased operations in May 2020 due to the pandemic, as AirlineGeeks reported. The airline had entered bankruptcy protection in February 2020. 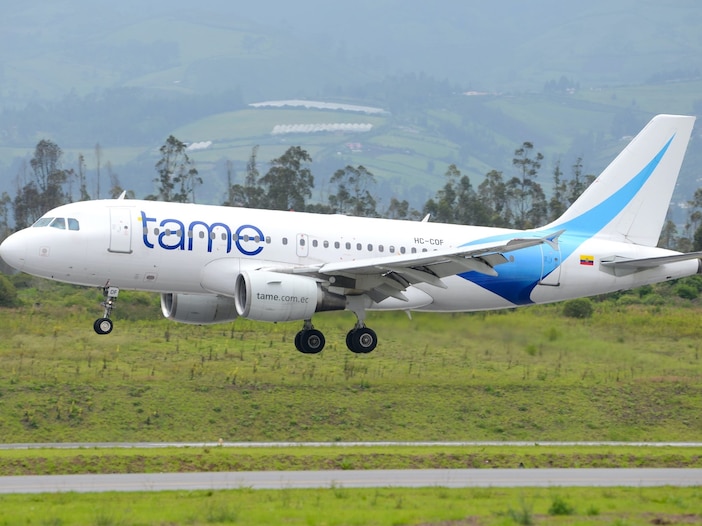 A TAME Airbus A319 aircraft.

Tame was the flag carrier of Ecuador and shut down operations in May 2020 due to the COVID-19 pandemic, as Routesonline reported. The carrier had flown within Latin America and North America during its tenure. 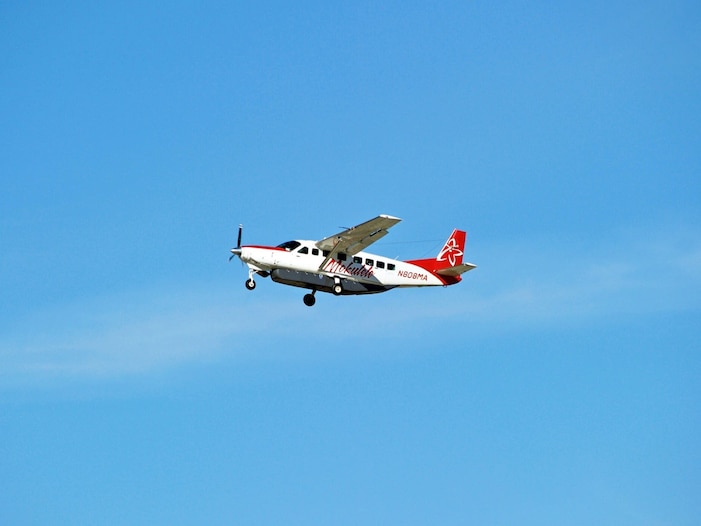 Makani Kai was a Hawaiian commuter airline that merged with Mokulele Air in June 2020, according to the Star-Advertiser. Both airlines merged as the pandemic has crippled traffic with Hawaii largely closed to tourists at the time. 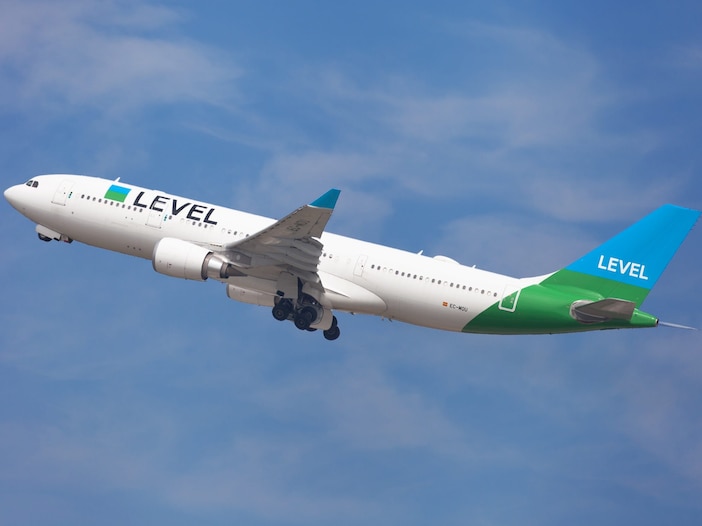 Level was a low-cost airline that ceased operations in June and July 2020. The carrier was initially started by the International Airlines Group to rival the likes of Norwegian and Wow Air on transatlantic and intra-European routes.

Flights were operated from Barcelona and Paris to cities across Europe and across the Atlantic to the Americas.  Both the European and the transatlantic divisions of the airline ceased operations due to the pandemic, as FlightGlobal reported. 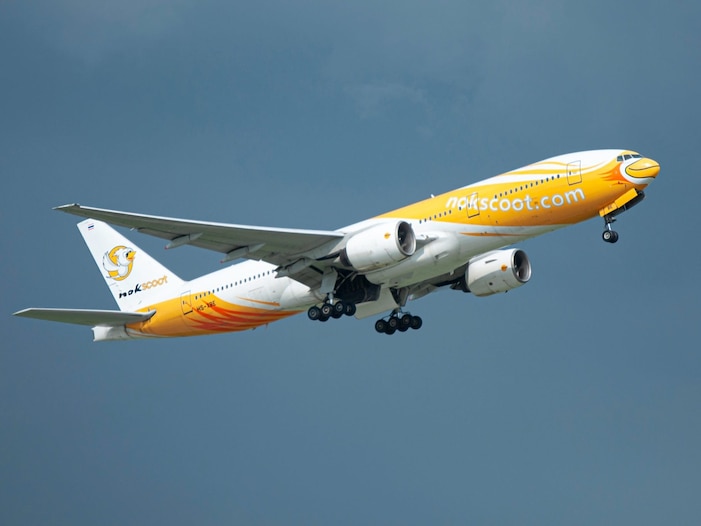 NokScoot was a Thai airline that ceased operations in June 2020, as the Bangkok Post reported, citing the effects of the pandemic. The six-year-old airline was the result of a partnership between Scoot and Nok Airlines. 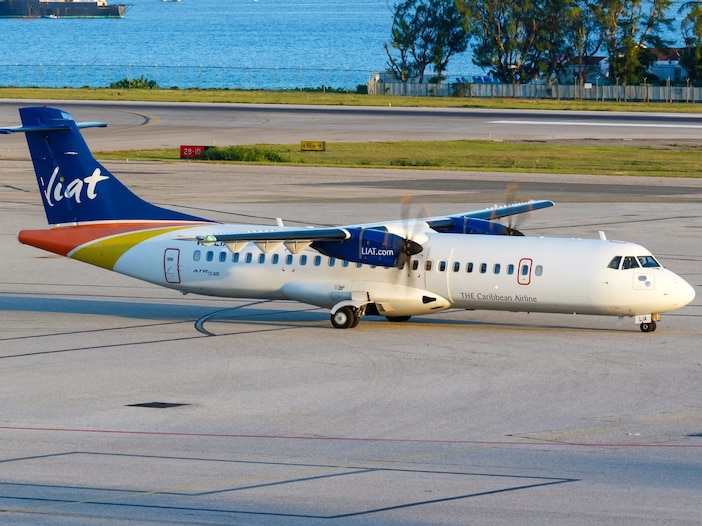 LIAT was a Caribbean regional airline that ceased operations in July 2020 due to the pandemic after connecting the region’s islands for years, the Caymanian Times reported. Prime Minister Gaston Browne of Antigua and Barbuda had said the airline had been posting losses before the pandemic and hoped a replacement airline supported by Caribbean governments would form. 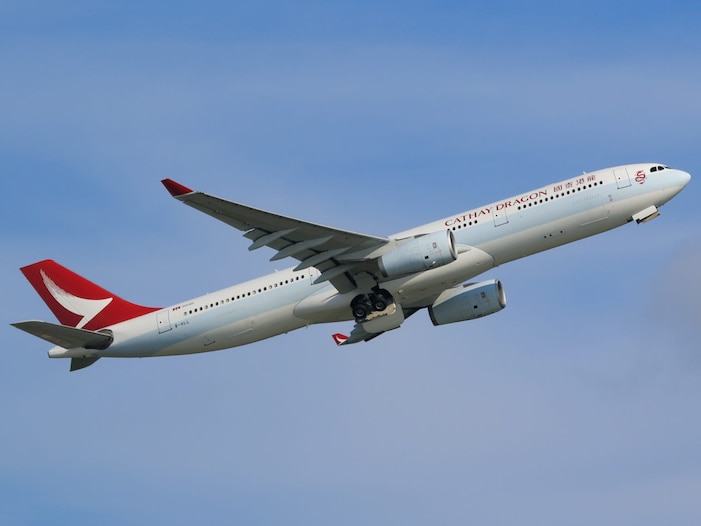 Austria’s Laudamotion was a European airline that ceased operations in 2020 to form a new airline, Lauda Europe, according to AirlineGeeks. It was formed by Formula One driver Niki Lauda and owned by the Ryanair Group to provide low-cost flights across Europe. 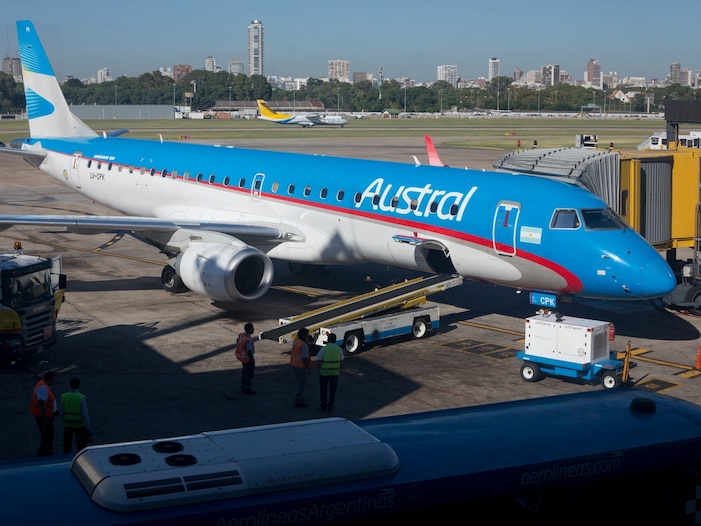 Argentina’s Austral ceased to exist on December 1, 2020, after a merger with the country’s flag carrier, Aerolineas Argentinas, according to AirlineGeeks. The carrier had formed in 1971 and provided regional services in Argentina and neighboring countries. 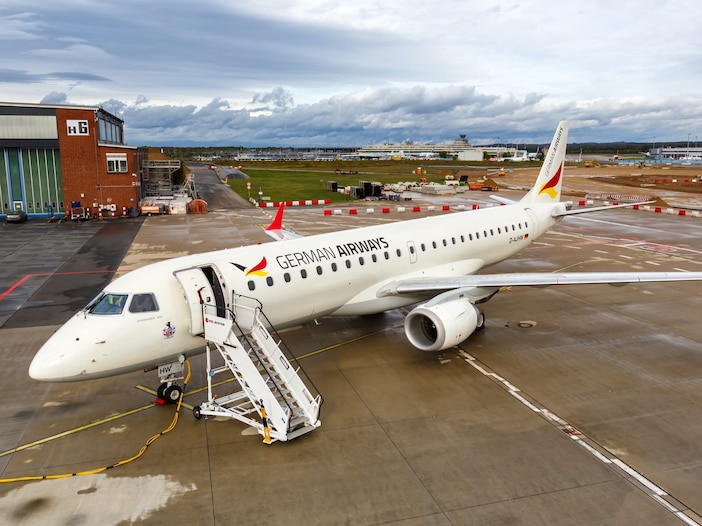 German Airways was a charter airline that ceased operations in April 2020 due to the pandemic, according to CH Aviation. The carrier provided 15 aircraft to Lufthansa Group’s Eurowings including the Dash 8-400. 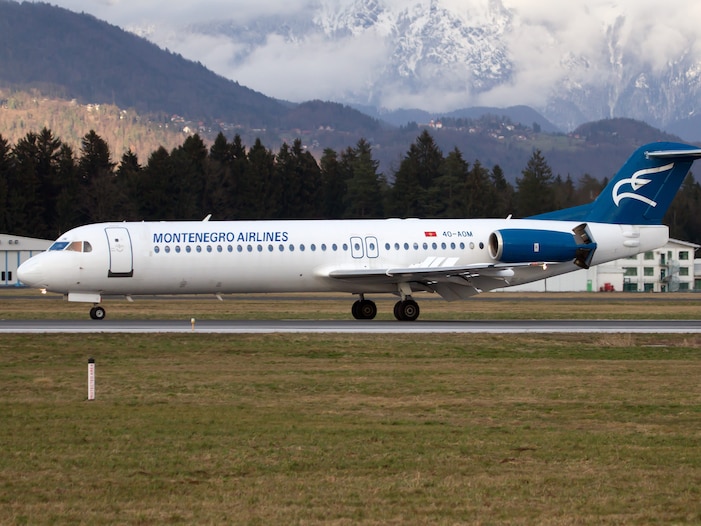 Montenegro Airlines was a European carrier that ceased operations in December 2020 after its government stopped providing financing, the Associated Press reported. The flag carrier only operation regional services within the continent with no overseas flights beyond the continent.

Short-seller Citron said its scheduled livestream on why GameStop buyers are 'suckers at this...

How Our Unemployment Benefits System Failed

How to get noticed by Netflix job recruiters who can help...

Investors Diurnal Team - January 17, 2021 0
(RTTNews) - The Malaysia stock market has moved lower in back-to-back sessions, dropping almost 10 points or 0.6 percent along the way. The Kuala Lumpur Composite Index now rests just above the 1,625-point plateau and it may take further damage on Monday. The global forecast for the Asian markets is negative on disappointing earnings news and...