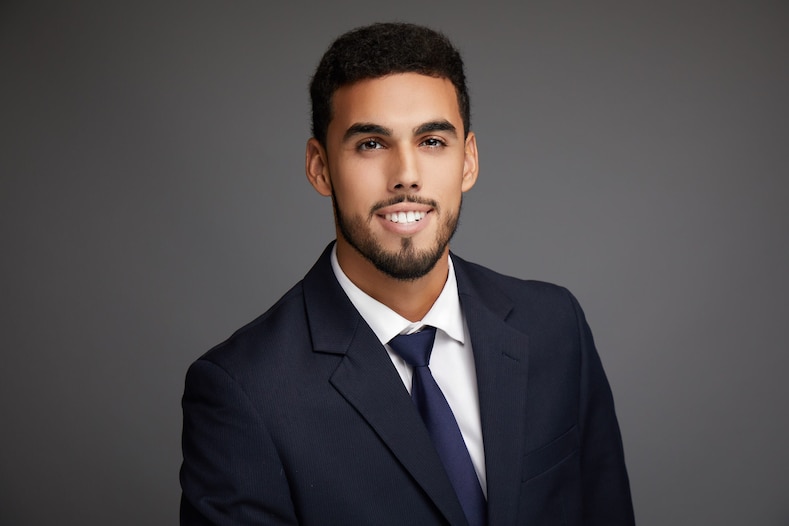 One of the main reasons Kobi Gavlis, 22, chose to work at PwC was because of the company’s student loan repayment benefits.

When Kobi Galvis graduated from Penn State University in 2019, he had $33,000 of student loan debt. He expected to be paying it off for the next 10 years.

But then he got a job offer for a technology consultant role at the so called “Big Four” accounting firm PwC. Part of the offer was a unique perk: a student loan repayment plan, where the company gives $1,200 a year per employee to pay down college debt, with up to $10,000 in total. PwC has paid back more than $40 million in student loan debt, according to a company spokesperson.

That program was a key driver in Galvis deciding to take the job.

“I was considering a bunch of different places to start off, but I found my way to PwC because of the benefits that they offered and the amazing culture and people there,” Galvis told Insider.

Through the program, the young professional was able to cut the time it will take him to repay his education loans by three years, which will save him more than $2,000 by the time he repays his loans in 2026.

“It was a big sense of relief of having PwC on my side,” the 22-year-old said.

Collectively, Americans owe more than $1.7 trillion in student debt, according to data from the Federal Reserve. As college tuition continues to rise, student debt has particularly impacted people like Galvis, or those who are part of the Gen Z generation (typically born between 1997 and the early-to-mid 2000s). They’re saddled with student loan debt, even more so than millennials (those born between 1981 and 1996).

In the absence of an immediate federal solution to the student loan debt crisis, employees are turning to their companies to provide them with financial security, research from SoFi, a loan company, shows.

Within the next five years alone, Gen Z will account for about 25% of all workers, according to research from staffing firm ManPower Group. And for some of them, financial benefits like student loan repayment are nonnegotiable perks.

In addition, mental health benefits are increasingly important to young workers, especially in the wake of the novel coronavrius pandemic.

In a recent survey of some 1,000 people age 17-24, some 63% said that it’s “important” to “very important” that their future employer provides mental health benefits to help employees cope with the aftermath of COVID-19.

“The mental health benefits aspect definitely played a role in my decision to work at PwC because my mental health and health in general are a priority to me,” Galvis said.

Some 60% of Gen Z workers said they would accept a 10% lower starting salary in return for a better benefits package, per a 2019 study by Lincoln Financial Group and the Center for Generational Kinetics. And more than 90% of Gen Zers said a great employee benefits package would make them work longer at their first job, per that same study.

A financial plan for the future

Bradd Chignoli, senior vice president of MetLife told Insider that Gen Zers want their employers to help them save for the future.

“Gen Z is looking to a higher degree at benefits that are going to help ease their financial stress and improve their overall wellbeing,” he told Insider.

This is because, in addition to having high student loan debt, many Gen Zers saw their older siblings or parents impacted by the 2008 recession, which changed their worldview on money.

“The recession in 2008 was a formative experience for many millennials and Gen Zers. Many either watched their parents face the challenges it created, or they experienced it themselves during their early years in the workforce,” Jamie Ohl, executive vice president at Lincoln Financial Group said in a press release.

“These are generations who now focus on what their employer can offer to help them save for retirement and protect their financial future,” she added.

Gen Z wants to plan for emergencies more so than other generations.

“Among Gen Zers, 41% told us that they would like their employer to offer critical illness insurance, and that compares to 32% of the average workforce,” Chignoli said.

A greater focus on mental health

Gen Zers are growing up amid a pandemic, an opioid crisis, rising suicide rates, climate change, and political instability. Those issues have had a severe impact on Gen Zer’s mental health, and the pandemic has only exacerbated their stress, Business Insider’s Dominic-Madori Davis reported.

It’s no surprise then that mental health is a top concern for this generation. In fact, Gen Z is the generation that’s least likely to report feeling like they’re in good mental health, per a 2018 survey by the American Psychological Association.

“PwC really wants people to keep up their wellbeing and focus on their health, which I consider a priority in my life,” Galvis said.

“I know many, many of my peers have had difficulties with mental health and having access to an emotional wellness app really helps you communicate and find an outlet,” he said.

To meet the mental health needs of Gen Z, companies should also double down on offering flexibility with employee time.

“Things like flexibility in the hours of their work arrangements rise to the top of this generation,” Chignoli said.

To be more attractive to young workers, employers should prioritize mental health benefits, according to benefits software company Zenefits. For example, companies should offer “mental health days” that count the same as “sick days” and make sure your company’s plan provides ample in-network counselors and therapists, researchers there suggest.

“Having these benefits, especially access to an emotional support app, makes you feel like work is an extension of your family, not just like this place where you go and do work for eight hours,” Galvis said.

How long can world leaders serve?

Investors Diurnal Team - January 25, 2021 0
(RTTNews) - The Thai stock market has finished lower in three straight sessions, slipping almost 25 points or 1.7 percent along the way. The Stock Exchange of Thailand now sits just beneath the 1,500-point plateau and it's looking at another soft start again on Monday. The global forecast for the Asian markets is mixed to lower on concerns...
Markets