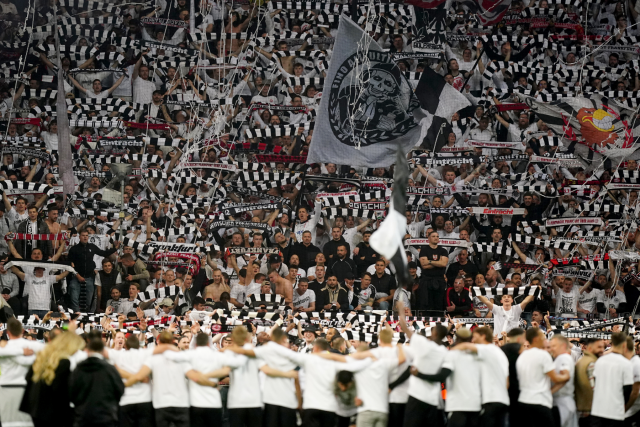 SEEING his beloved Eintracht Frankfurt lose on penalties to Chelsea in the Europa League semi-final back in 2019 was devastating for uber fan Alex Markert – but it did nothing to deter him from travelling to the final.

He flew the 2,000 miles to Baku in Azerbaijan anyway and cheered on Arsenal against their London rivals inside the Olympic Stadium.

“Nobody likes Chelsea,” said Markert with a smile as he talks animatedly about his marathon journey to Asia to watch a game which the Stamford Bridge club won 4-1.

READ MORE: Eintracht Frankfurt manager on his ‘lucky blue pants’ and why it will be all white on the night against Rangers

Eintracht Frankfurt may not be as successful either domestically or in continental competition as many clubs in Germany. They do not have the same international reputation as Bayern Munich or Borussia Dortmund. Nor do they possess the same riches.

When it comes, though, to the fanaticism of…

FirstBank Bounces Back to its Leadership Position, Delivers a Fantastic Performance...

Tech for a Better Planet: Can Technology Protect Our Home? |...

Analysis: When it comes to oil, the global economy is still...