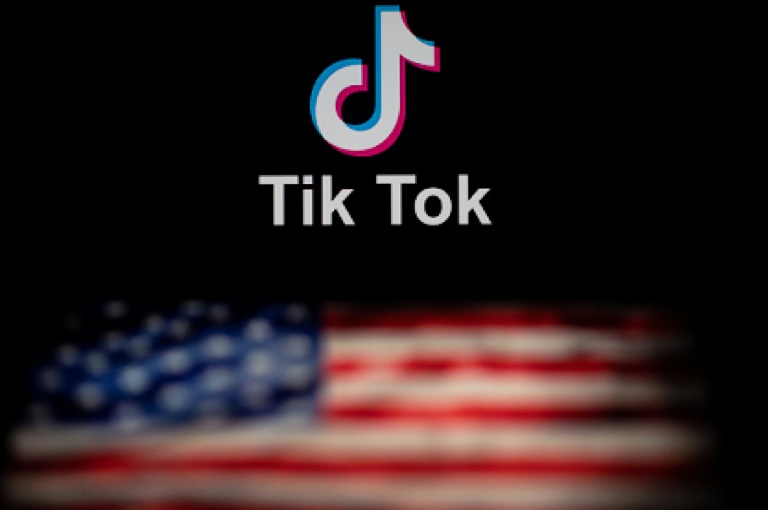 TikTok and the Trump administration are engaged in a legal battle to decide whether application is allowed to operate in the US based on the president’s national security concerns.

SAN FRANCISCO: TikTok asked a Washington court Tuesday to stop an order from US President Donald Trump’s administration from taking effect this week as the White House seeks to ban the Chinese-owned app in the United States.

Chinese company ByteDance is facing a Thursday deadline to restructure ownership of the app in the United States to meet US security concerns.

In its court petition, TikTok asked for more time, saying it has not received enough feedback on its proposed solution.

The company said in a statement that it had asked the government for a 30-day extension because it was “facing continual new requests and no clarity on whether our proposed solutions would be accepted” but it had not been granted.

It was turning to the court for that reason, it said.

US President Donald Trump signed a set of orders against the video platform this summer.

One required ByteDance to sell its US TikTok operations within 90 days, citing national security concerns.

The company also faced an order that would effectively ban the app from the country by the same date.

But on October 30, a Pennsylvania judge issued an injunction temporarily blocking the order aimed at banning it.

The order would have knocked the Chinese-owned video-sharing app offline by cutting it off from US businesses providing website hosting, data storage and other fundamentals needed to operate.

Trump has accused the popular video-sharing app of handing over American user data to Beijing — which the company flatly denies.

After negotiations with several US firms, ByteDance and TikTok proposed creating a new company with IT company Oracle as a technology partner and retail giant Walmart as a business partner.

The plan seemed to convince the administration, but the platform is still awaiting a green light.

TikTok said that with Thursday’s “deadline imminent and without an extension in hand, we have no choice but to file a petition in court to defend our rights and those of our more than 1,500 employees in the US.”

TikTok has 100 million users in the United States.

Remote Learning in Public Schools Is Widening the Achievement Gap

Investors Diurnal Team - November 12, 2020 0
Applied Materials tops analysts’ estimates for earnings and revenue in fiscal Q4. Shares of the company jumped close to 3% in extended trading on Thursday. Applied now forecasts up to £1.01 of EPS and up to £3.93 billion of revenue in Q1. Applied Materials Inc. (NASDAQ: AMAT) reported its financial results for the fiscal fourth quarter on Thursday that topped analysts’ estimates for earnings and revenue. Shares of the company jumped close to 3% in after-hours trading on Thursday. On a year to date basis, Applied Materials is now 15% up in the stock market after recovering close to 80% since its low in March due to the Coronavirus pandemic. Interested in investing in the stock market online? Here’s a simple guide to get you started. Are you looking for fast-news, hot-tips and market analysis? Sign-up for the Invezz newsletter, today. Applied Materials’ Q4 financial results versus analysts’ estimates Applied Materials said that its net income in the fourth quarter printed at £1.0 billion that translates to 94 pence per share. In the same quarter last year, it had reported a much lower £532.17 million of net income or 57.18 pence per share. In the prior quarter (Q3),
Tech

Investors Diurnal Team - November 29, 2020 0
As 2020 comes to a close, Zoom Video Communications Inc (NASDAQ: ZM) has already earned the title of one of the hottest tech stocks. The video communication company has seen demand surge nearly overnight as COVID-19 lockdowns forced companies to introduce new technologies so workers can communicate with each other. But a vaccine against the novel coronavirus implies a return to some form of normalcy in the back half of 2021. As such, investors are wondering if Zoom’s exponential growth in 2020 will come to a sudden halt. Are you looking for fast-news, hot-tips and market analysis? Sign-up for the Invezz newsletter, today. 700% stock gain in 2020 Zoom’s stock is up a mind-boggling seven-fold in 2020 as the company transitioned from a fast-growing and niche tech company to a must-have product for both students and workers, according to CNBC. The company’s sudden growth in March carried over throughout the year with no signs of slowing down. The company is scheduled to report third quarter results on Monday and analysts are expecting revenue to grow 317% year-over-year to $694 million. Even looking forward to the January-ending quarter, Zoom’s revenue growth rate is modeled to grow 288%, followed by 116% in
Europe

Investors Diurnal Team - November 23, 2020 0
Prosus NV first-half earnings jump 29% in the fiscal first half. The Dutch company reports £154.82 million of operating loss. Prosus values its proceeds from minority stakes at £2.17 billion. Prosus NV (AMS: PRX) reported a 29% annualised growth in its H1 earnings on Monday to £1.65 billion. The company attributed the increase primarily to significant returns from its investment in China’s Tencent, that helped offset losses from its other businesses. Prosus NV was reported more than 1% up in premarket trading on Monday and jumped another 1% on market open. At £81.70 per share, its shares that you can learn to buy online here, are now 35% up year to date in the stock market, after recovering from a low of £43.82 per share in March, when the COVID-19 crisis wreaked havoc on global businesses. Prosus debuted in the stock market at a per-share price of £65.66 in September 2019.   Are you looking for fast-news, hot-tips and market analysis? Sign-up for the Invezz newsletter, today. Prosus reports £154.82 million of operating loss in H1 Prosus, that currently has a 31% stake in Tencent, had its core headline earnings capped at £1.27 billion in the same period