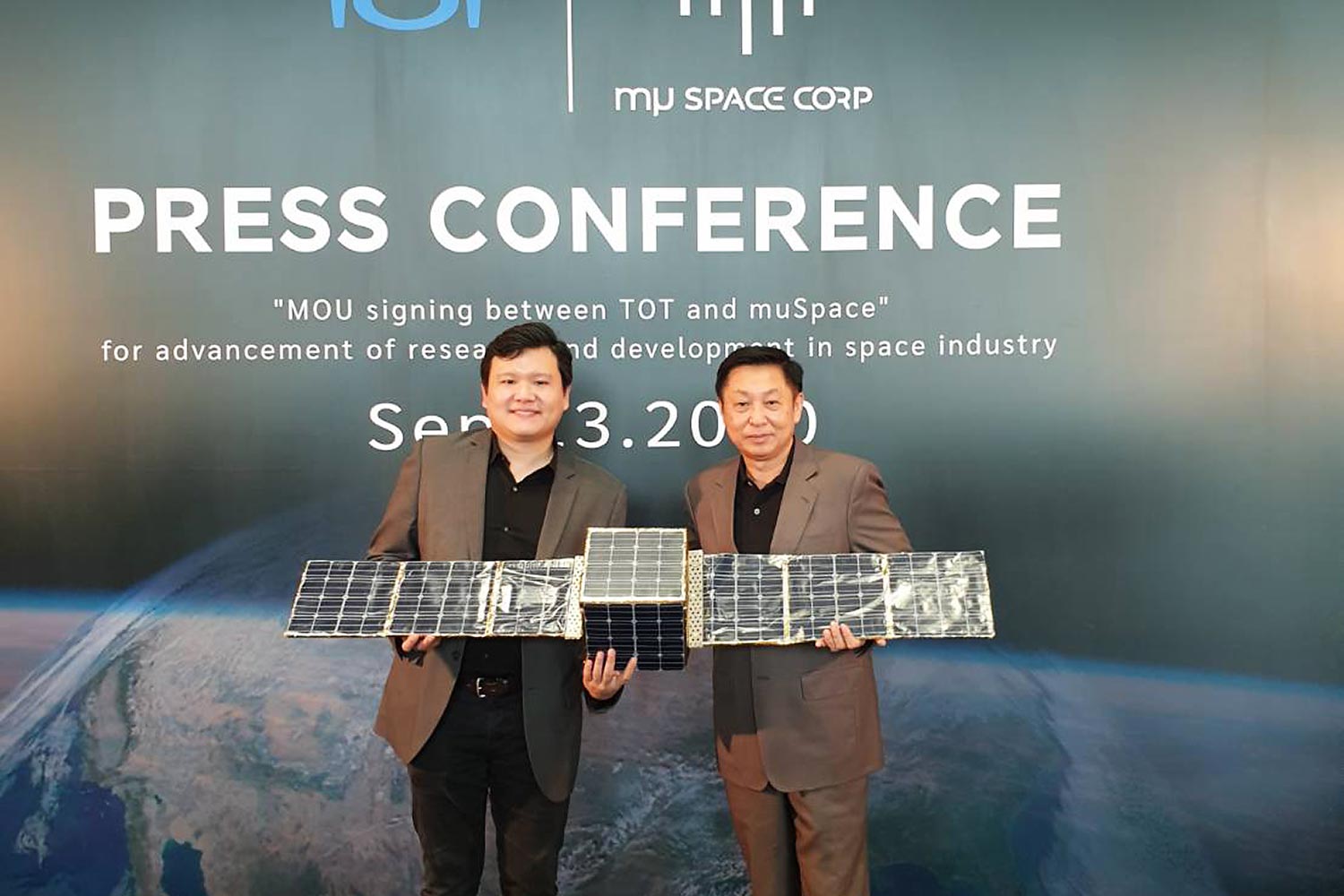 The next funding round is expected to raise US$3 billion (93.69 billion baht).

TOT set aside an initial budget of 10 billion baht for the investment as it ventures into the global satellite business. The state telecom enterprise aims to provide gateway stations for LEO satellites, space internet data centres and space digital platforms.

The plan has been reported to Prime Minister Prayut Chan-o-cha, who has agreed in principle, he said.

The investment, Mr Morakot said, could be done under National Telecom (NT), a new company to be formed by the merger of TOT and CAT Telecom. The merger is scheduled to be completed early next year.

TOT and CAT have about 50 billion baht each in their coffers.

TOT plans to send a server payload on the Blue Origin rocket, which was earlier scheduled to launch into space from Texas on Sept 24. But the plan was postponed to this week on account of bad weather.

The server payload comprises web servers, Internet of Things (IoT) platforms and big data devices that have been jointly studied and tested for months.

LEO satellites operate 500-2,000km from Earth’s surface, versus traditional communication satellites, also known as geostationary satellites, which are higher up at around 36,000km. The lower orbit means lower latency in signal transmission.

LEO satellites are projected by some to have strong business potential because they can beam the internet all over the globe, including deep in the forest, high in the mountains or even the ocean, without relying on terrestrial telecom cell sites.

Mr Morakot said TOT will take part in the bidding for geostationary satellite orbital slots for satellite business next year.

He said TOT and CAT Telecom are interested in the operation of the assets associated with Thaicom 4 and 6 satellites after a satellite concession contract upheld by SET-listed Thaicom expires next September. Thaicom is obliged to transfer the assets to the DES Ministry after the concession ends.

According to the National Broadcasting and Telecommunications Commission (NBTC), a public hearing will be conducted on the methods of granting the rights of orbital slot usage in November.

The move is in line with NBTC policy and the government’s plan to transition the satellite business from concessions to real licensing.

NBTC management said the first and fourth packages, which are unoccupied, are crucial and need to be used.

Investors Diurnal Team - October 22, 2020 0
AT&T says its revenue tanked 5.0% in the fiscal third quarter. The telecom company reports £2.11 billion of net income. AT&T forecasts a hit to revenue in the fiscal fourth quarter. AT&T Inc. (NYSE: T) said on Thursday that its revenue in the fiscal third quarter contracted less than expected. Adjusted profit, it added, came in line with what analysts had anticipated for Q3. AT&T is offering iPhone 12 for free when paired with unlimited 5G plan. AT&T was reported about 4% up in premarket trading on Thursday and jumped another 2% on market open. On a year to date basis, shares of the company are now 25% down in the stock market. Are you looking for fast-news, hot-tips and market analysis? Sign-up for the Invezz newsletter, today. AT&T Q3 financial results versus analysts’ estimates AT&T said that its net income in the third quarter printed at £2.11 billion that translates to 29.79 pence per share. In the comparable quarter of last year, it had reported a higher £2.83 billion of net income or 38.20 pence per share. Adjusted for one-time items, the American multinational conglomerate earned 58.06 pence per share in Q3 that was in line with
Industries

Snap jumps 25% in the stock market on a stronger than...

Investors Diurnal Team - October 21, 2020 0
Snap jumps 25% in the stock market on a stronger than expected Q3 earnings report. The social media company reports £153.39 million of net loss in the third quarter. The Santa Monica-based company turns to a surprise adjusted profit of 0.77 per share. Snap Inc. (NYSE: SNAP) published its financial results on Tuesday that blew past Wall Street estimates for the fiscal third quarter. The company said its daily active users (DAUs) jumped to 249 million in Q3, versus 238 million in the prior quarter. FactSet Consensus for the quarter over quarter increase in DAUs stood at a much lower 5 million. Shares of the company jumped close to 25% in after-hours trading on Tuesday. Including the price action, Snap is now exchanging hands at £27 per share after recovering from a year to date low of £8.37 per share in March, when the impact of COVID-19 was at its peak. Confused about choosing a reliable stockbroker to trade online? Here’s a comparison of the top few to make selection easier for you. Are you looking for fast-news, hot-tips and market analysis? Sign-up for the Invezz newsletter, today. Snap’s Q3 financial results versus analysts’ estimates Snap said that