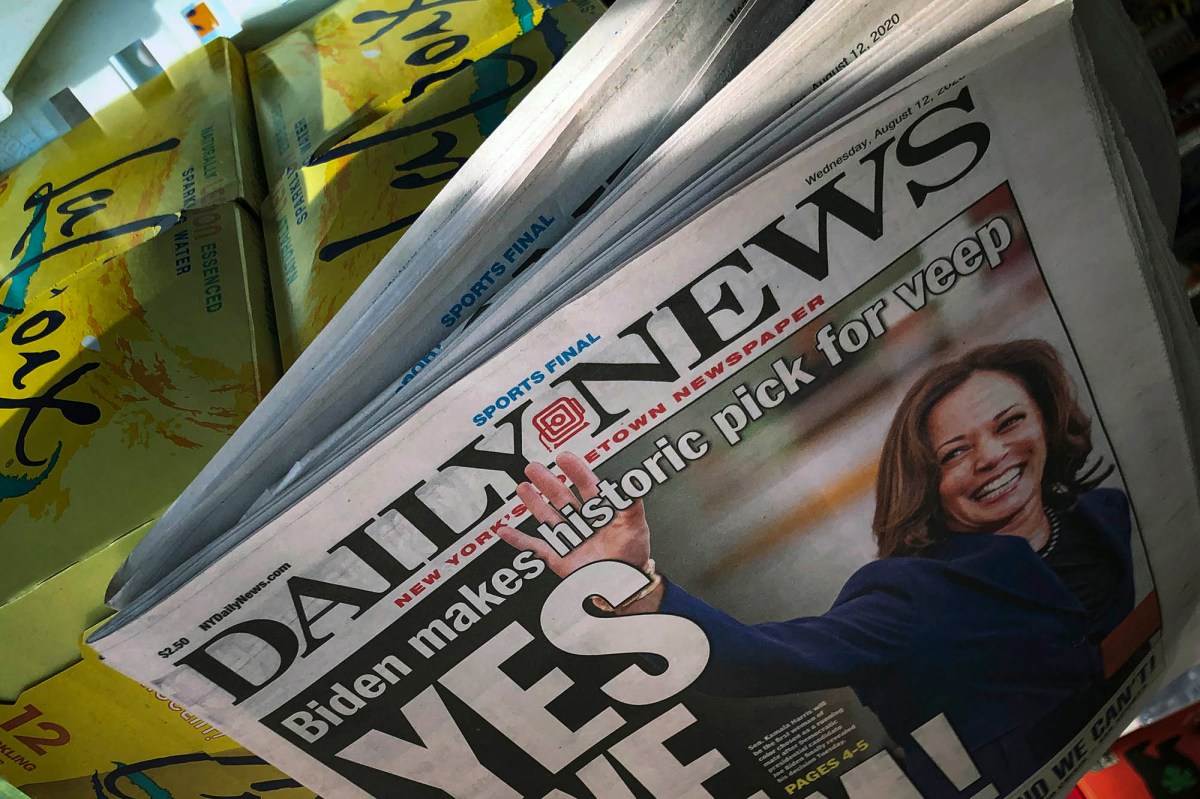 Efforts to buy the publisher of the New York Daily News and the Chicago Tribune are heating up yet again.

On Monday, Tribune Publishing said the special committee advising its board on a sale has given the thumbs up for the company to start reviewing a $680 million buyout offer by hotel magnate Stewart Bainum and Swiss-born investor Hansjorg Wyss.

The latter offer values Tribune at $630 million and was approved by the board in February.

But the publishing giant, which also owns the Orlando Sentinel and the Hartford Courant, said in its Monday press release the special committee has determined that Newslight’s offer can reasonably be expected to lead to a superior proposal.

“The acquisition proposal from Newslight is fully financed by equity commitments from Mr. Bainum and Mr. Wyss, and remains subject to certain conditions, including completion of due diligence and negotiation of definitive documentation,” Tribune said Monday, confirming a Sunday report by the Wall Street Journal.

The approval paves the way for Tribune to start conducting its due diligence on Newslight’s offer and to see if they to reach a definitive purchase agreement.

The progress made by the billionaire duo is expected to be welcome news to Tribune staffers given Alden’s reputation for brutal cost-cutting at newspapers it controls through its Media News Group.

Still, the battle isn’t over yet. The special committee’s move doesn’t necessarily mean Tribune will nix its existing merger agreement with Alden. Alden, a large Tribune shareholder with two seats on Tribune’s board, could always seek to top the rival offer.

Alden, which already owns 31.6 percent of Tribune purchased at an average price of $12.38 over the course of the past 18 months, could also choose to walk away. That decision would net it about $100 million for its stake, plus $20 million from the bust-up fee agreed to by Tribune.

The special committee, which consists of the three independent non-Alden-aligned directors on the Tribune board, “will carefully consider the outcome of its discussions with Newslight and its principals in order to determine the course of action that is in the best interest of Tribune and its stockholders, subject to the terms of the Alden Merger Agreement,” the company.

“There can be no assurance that the discussions with Newslight and its principals will result in a binding proposal,” Tribune noted Monday.

If Newslight ends up toppling Alden’s offer, Bainum and Wyss are expected to start entertaining offers to sell off some of Tribune’s assets.

Bainum — better known as chairman of Choice Hotels International, which owns the Quality Inn and Comfort Inn chains — has said he is interested in keeping the Baltimore Sun, the Capitol Gazette and other small Maryland papers to run as a not-for-profit. Wyss, founder of a medical device maker later bought by Johnson & Johnson, has said he’s interested in the Chicago Tribune.

Mason Slaine, the third-largest shareholder at Tribune with a 3.4 percent stake, confirmed he would be interested in buying the Orlando Sentinel and the South Florida Sun Sentinel from Bainum and Wyss, if they succeed with their proposal.

Another suitor, Craig Mateer, a former owner of Bags Inc., has stepped forward to say he too is interested in buying only the Orlando Sentinel, according to a report by that paper.

And Gary Lutin, a New York investor who heads the Shareholder Forum, has been identified as a potential buyer of the Allentown Morning Call. He is reportedly heading a group that is willing to pay $30 million to $40 million.

Sources close to the Bainum/Wyss team say at least one other suitor has stepped forward to express interest in the Lehigh Valley paper.

There is also a group of local investors discussing a bid for the Hartford Courant, a source close to the process told The Post. The potential investors were planning to huddle Monday to decide their course of action, the source said.

Dollar Shave Club CEO Michael Dubin is stepping down a decade after founding the...

Coinbase: Stock Price, Valuation and Everything Else You Need to Know

Latest text message scam looks like it is from your bank

Investors Diurnal Team - June 15, 2021 0
T THE agricultural sector is rapidly increasing its use of technology but falling behind in cyber security – making it the perfect target for cyber-attacks,...
Business

Apple and Facebook deliver strong earnings in boon to markets

Investors Diurnal Team - April 29, 2021 0
Apple and Facebook delivered on blowout earnings Wednesday evening, giving US markets a lift into the back half of the busiest earnings week of the quarter.  Apple said sales jumped 54% during its fiscal second quarter, with each product category seeing double-digit growth. The company also reported a staggering $89.6 billion profit, topping estimates of $77.4 billion, according to data from Refinitiv. Apple also said it would increase its dividend by 7% and authorized $90 billion in share buybacks.  CEO Tim Cook said the company avoided taking a hit from the microchip shortage that’s hammered other companies by burning through supply buffers. But Chief Financial Officer Luca Maestri warned that the shortage could cost the company $3 billion to $4 billion in revenue next quarter. Apple shares were up almost 3% in early trading.  “We have seen many blow out quarters in our many years covering Apple, although last night’s March quarter we would characterize as one for the record books in Cupertino,” Dan Ives, managing director at Wedbush Securities, said.  Apple said sales jumped 54% during its fiscal second quarter.AP Facebook, for its part, reported a 48% year-over-year jump in revenue and $9.5 billion in profit, up 94% compared