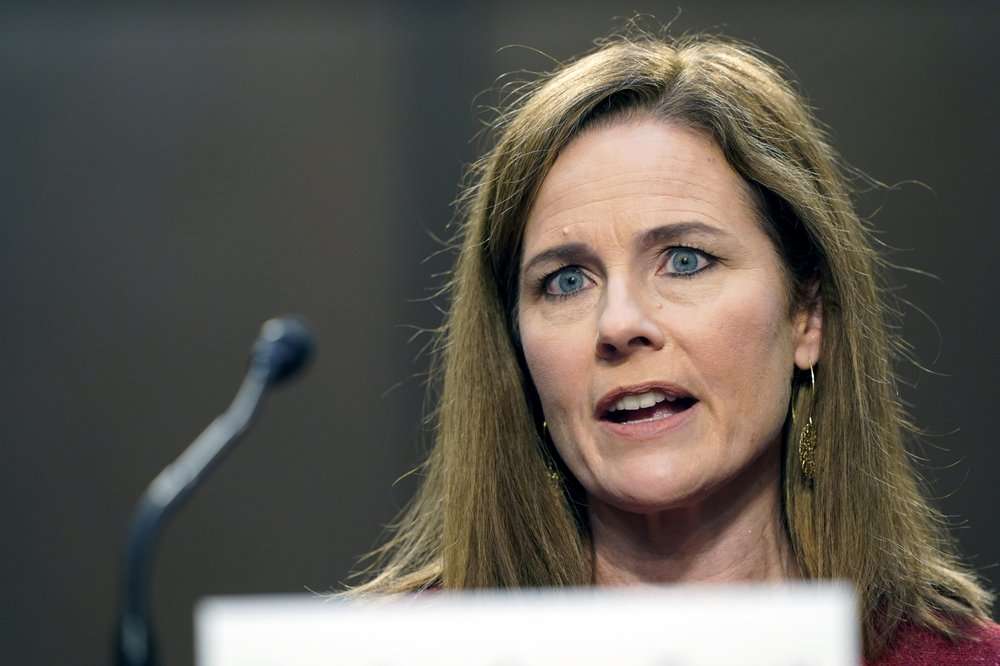 Supreme Court nominee Amy Coney Barrett batted away Democrats’ skeptical questions Tuesday on abortion, health care and a possible disputed-election fight over transferring presidential power, insisting in a long and lively confirmation hearing she would bring no personal agenda to the court but decide cases “as they come.”

While You Were Sleeping: 5 stories you might have missed, Oct 15

A practising Catholic, Biden hopes to peel believers away from Trump

Investors Diurnal Team - October 21, 2020 0
LONDON • The upper chamber of Britain's Parliament has inflicted a symbolic defeat on the government over Brexit legislation that critics claim trashes the nation's reputation as a defender of the rule of law. The government's internal market Bill is designed to regulate trade among the country's four constituent nations - England, Scotland, Wales and Northern Ireland - after Brexit. But it unilaterally rewrites the divorce treaty that Britain struck with the European Union last year, sparking legal action from the 27-nation bloc. The Bill has already passed the more powerful House of Commons but in the House of Lords, peers including Anglican archbishops voted by a majority of 226 on Tuesday to express their "regret" over its treaty-breaching provisions. While the vote did not alter the Bill's language, it sets the stage for detailed scrutiny by the lords in the coming weeks. Many want to strip out those elements, triggering a legislative tussle with the Commons before the Bill can become law. Mr Michael Howard, a former leader of the ruling Conservative Party and a prominent Brexiteer, was among the dissident peers who voted for the motion against the government of Prime Minister Boris
World News

Investors Diurnal Team - October 8, 2020 0
Trump, who is quarantining at the White House as he convalesces from COVID-19, took to Twitter to praise Pence and slam the Democratic vice presidential nominee less than an hour into Wednesday's debate in Salt Lake City.
World News

Investors Diurnal Team - October 16, 2020 0
MIAMI/PHILADELPHIA • Democratic presidential candidate Joe Biden on Thursday criticised what he called President Donald Trump's "panicked" response to the coronavirus pandemic, while Mr Trump defended his handling of a crisis that has killed over 220,000 Americans. The rivals spoke in simultaneous town halls broadcast on separate television networks after a debate originally scheduled for Thursday was called off following Mr Trump's Covid-19 diagnosis. The split-screen showdown offered a stark reminder of the many ways the campaign season has been changed by a pandemic that has prompted more than 18 million people to cast ballots more than two weeks before the Nov 3 election. Mr Biden, speaking to voters in Philadelphia on ABC, blamed the Republican President for concealing the deadliness of the virus. "He said he didn't tell anybody because he was afraid Americans would panic," Mr Biden said. "Americans don't panic. He panicked." Mr Trump defended both his response to the pandemic as well as his own personal conduct, including staging a Rose Garden event at the White House where few wore masks or practised social distancing, which resulted in numerous attendees contracting the disease. "Hey, I'm President - I have to see