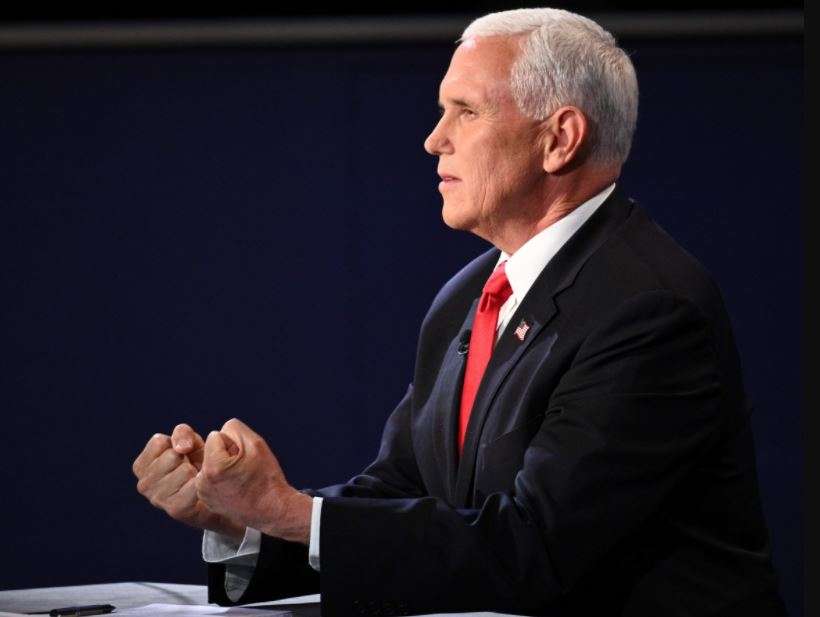 Trump, who is quarantining at the White House as he convalesces from COVID-19, took to Twitter to praise Pence and slam the Democratic vice presidential nominee less than an hour into Wednesday’s debate in Salt Lake City.

China Taps the Brakes on a Yuan Rally

Investors Diurnal Team - October 21, 2020 0
BANGKOK: Thai protesters on Wednesday gave Prime Minister Prayuth Chan-ocha a three day deadline to step down or face more demonstrations, but the leader who made the announcement was arrested within two hours.Prayuth had earlier said he was ready to lift emergency measures he imposed last week to stop the protests as a move to "de-escalate" the situation.Tens of thousands of people marched to his offices at Government House. The protesters have been demonstrating for months against Prayuth and to demand curbs to King Maha Vajiralongkorn's powers.They claimed success after handing a mock resignation letter for Prayuth to an official outside."Our fight isn't over as long as he doesn't resign. If within three days he doesn't resign, he will face the people again," protest leader Patsaravalee 'Mind' Tanakitvibulpon, 25, told the crowd.She was subsequently arrested on charges police said were related to a protest on Oct. 15, joining a list of dozens of activists picked up in the past two weeks. Her lawyer said she was charged for breaching the emergency measures.As Patsaravalee was led away she said: "I'm not worried. This is the government's game."In a televised address, Prayuth had said he was ready to lift measures banning political
World News

Investors Diurnal Team - October 20, 2020 0
CHARLESTON (AFP) - On one side, a General Robert E Lee look-alike waves a large Confederate flag, facing off against counter-protesters on the other bearing placards that say "Racism kills" and "KKK Go Away." As the United States heads into an election after a summer of protests over racial injustice, a reminder of the era when slavery tore the nation apart can be seen playing out on the streets of the picturesque city of Charleston every week. America's reckoning with racism and discrimination has impacted the turbulent presidential campaign, as a galvanised Black Lives Matter movement heaped pressure on politicians to address the country's inequities. But President Donald Trump has resisted explicitly condemning white nationalist groups, and Democrats accuse him of using dog-whistle tactics, like warning white women that Democratic nominee Joe Biden seeks to "destroy your suburbs" with low-income housing and immigrants. The scenes in Charleston, South Carolina offer a wake-up call about the tensions that remain. Each weekend for the past five years, Braxton Spivey has unfurled his Confederate flag at the Confederate Defenders of Charleston monument overlooking the wide harbour. "I'm here to preserve history," the white-bearded