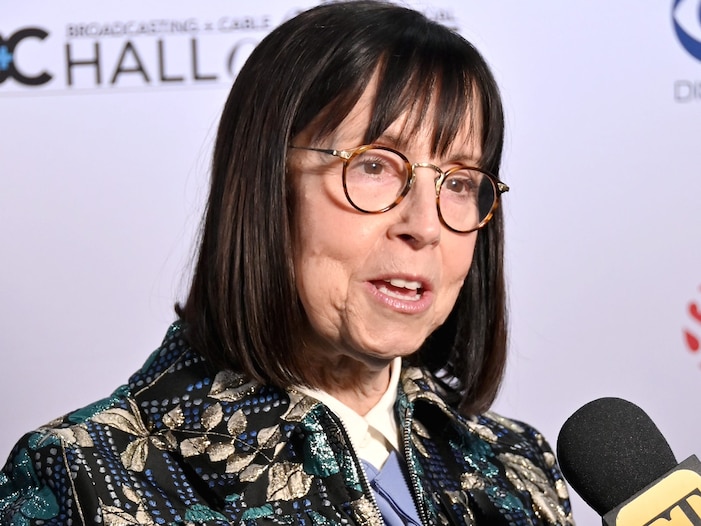 Susan Zirinsky, the producer who helped inspire the movie, “Broadcast News,” is dropping some big hints that she is unhappy with aspects of her role, leading to speculation that there may be changes at the top of CBS News.

Four news industry sources, two with inside knowledge and two close to the situation, told Business Insider that Zirinsky is sharing that the administrative and financial aspects of her role are getting her down, even while she is still passionate about producing.

“She’s been noisy about being miserable,” said one of them, who is close to CBS News. Another person said: “She has not been shy about telling people she is miserable in the job,” adding, “Everyone is campaigning for the job.”

Zirinsky’s new boss, CBS chief executive George Cheeks, who joined earlier this year from NBCUniversal, is in the midst of reviewing CBS News as part of a companywide review. Senior CBS insiders have been quietly soliciting names in case Zirinsky should decide it’s time to step down, this person said.

Zirinsky, who is beloved by the CBS News old guard and is known by the nickname “Z,”  stepped into the role in January 2019, breaking ground as the first woman to lead a news division at a broadcast network. “She’s got immense loyalty. Everybody loves her,” said one of the four sources, who has worked with her.

Zirinsky took power in the middle of a major misconduct scandal

She took over in the middle of a corporate crisis where an outside law firm investigated misconduct allegations against the former CBS chief executive Leslie Moonves, who denied wrongdoing and was ousted from his post. The rocky period also saw the departure of Charlie Rose, who had anchored the morning news show with Gayle King and Norah O’Donnell.

Zirinsky retained her title as senior executive producer when she became president, according to her LinkedIn account, and isn’t likely to exit the company even if there’s a role change, with two sources speculating she’s likely to remain at CBS producing major news specials. Other insiders say Zirinsky is energized and has no intentions of stepping back or even stepping up to a chairman’s role.

Read more: Insiders at Fox News wonder what’s next as they try to acknowledge Biden’s victory without turning away Trump voters

Speculation about who could replace her is mounting. One source told Business Insider to “Expect an outsider.” One name in the ring is Ryan Kadro, the former executive producer of “CBS This Morning,” who shifted to become head of news at Jeffrey Katzenberg’s still unwinding streaming video venture Quibi. Former NBC “Today” show chief Jim Bell, who also produced the Olympics and was executive in charge at “The Tonight Show with Jimmy Fallon” may be a candidate. Kadro and Bell were not available for comment.

Zirinsky’s number two is Kimberly Godwin, who is EVP at CBS News, would be the lead internal candidate, one of the four sources said. Godwin is the first Black VP at CBS News, according to Black Enterprise; she didn’t respond to a request for comment.

Another news industry executive said Zirinsky had made it known she was initially reluctant to take the top slot at CBS News, though she has a multi-year contract.

Over the past two years, Zirinsky has shaken up the news division, installing five new executive producers at seven shows, even helping to secure former President Barack Obama to discuss his new book.

Among her talent changes during the past two years were putting in Norah O’Donnell at the “CBS Evening News,” and moving the show to Washington, DC. She also put in new but familiar faces Tony Dokoupil and Anthony Mason at Gayle King’s side in the morning.

Zirinsky has had her fair share of drama to deal with, too. A “60 Minutes” interview with President Donald Trump went awry when Lesley Stahl warned the President that the questions would be tough. Trump stormed out and shared his own version of the interview, helping the show garner an eye-popping 17 million viewers.

The CBS News chief was also under pressure after Gayle King blasted the network for an “out of context” promotional video which featured a question about rape allegations against the late basketball star Kobe Bryant. The question led music artist Snoop Dogg to blast King using foul language about her. Snoop Dogg later apologized.

More recently, Zirinsky had to help parent company ViacomCBS cut costs as a result of the pandemic. Between 50-75 employees were axed back in May and according to The Hollywood Reporter, staff had asked why management didn’t cut their own pay as similar to moves at other big media companies.

As the pandemic shatters Americans' mental health, the FDA, psychiatrists, and developers are betting on smartphone apps to treat them directly

Apple and Facebook are at each other's throats over who exploits...

Investors Diurnal Team - November 20, 2020 0
Apple CEO Tim Cook (left) and Facebook CEO Mark Zuckerberg. AP; Francois Mori/APIn a letter to pro-privacy nonprofits on Thursday, Apple accused Facebook of collecting "as much data as possible" while showing a "disregard for user privacy." Facebook shot back saying Apple is abusing its dominance to "self-preference their own data collection." Apple's letter was defending the delayed rollout of a privacy feature that will require users to opt in to being followed by ad-trackers on apps. Facebook previously complained this feature would gut its advertising revenue. Visit Business Insider's homepage for more stories. Apple and Facebook traded barbs this week over which one of them exploits their users more. Apple struck the first blow on Thursday in a letter addressed to nonprofits, including Human Rights Watch and the Electronic Frontier Foundation, saying it doesn't hoover up detailed user data to sell to third parties. Facebook takes a "very different approach," Apple said. "Not only do they allow the grouping of users into smaller segments, they use detailed data about online browsing activity to target ads," Apple said in the letter, which was first reported on by Bloomberg. "Facebook executives have made clear their intent is to collect as much data as possible across both first and third party products to develop and monetize detailed profiles of their users, and this disregard for user privacy continues to expand to include more of their products."  Facebook hit back hard in a statement sent to Business Insider, accusing Apple of abusing its dominance to benefit itself.  It also accused Apple of sending the letter as a "distraction" from privacy concerns that emerged last week after a series of Mac computers had difficulties opening apps. Security researcher Jeffrey Paul claimed in a blog this was because macOS has started harvesting data from users. "The truth is Apple has expanded its business into advertising and through its upcoming iOS 14 changes is trying to move the free internet into paid apps and services where they profit," Facebook said. "As a result, they are using their dominant market position to self-preference their own data collection while making it nearly impossible for their competitors to use the same data. They claim it's about privacy, but it's about profit," the statement read. "This is all part of a transformation of Apple's business away from innovative hardware products to data-driven software and media." Apple's letter to the nonprofits was defending its decision to delay the rollout of a major new privacy feature that will mean iPhone users will have to explicitly choose to opt in to ad trackers, rather than have them quietly start following users by default when they download an app. The feature had been slated to be pushed out to iPhones with iOS 14 in September, but after several developers including Facebook complained it would gut their advertising revenues, Apple delayed the rollout until early 2021 to give developers time to adapt. The nonprofits criticized the postponed rollout earlier this year, saying it was leaving users exposed to targeted political advertising during the US election.
features

Investors Diurnal Team - November 5, 2020 0
S&P 500 price has surged a further 2.5% today to total weekly gains to about 8% as Joe Biden appears to be one step away from the White House.  Fundamental analysis: Biden on the brink of White House Joe Biden is one step closer to winning the White House in the ongoing presidential race as election officials counted votes in several key states. Just two days after the polls closed, President Donald Trump cited election fraud without offering any evidence to support the allegations and took legal action as well as demanded recounts in the race. The battle was boiling down to a very tight race across five U.S. states. Democrat candidate Joe Biden was slightly ahead in Nevada and Arizona while President Trump has been losing his lead in critical states of Pennsylvania and Georgia following the inclusion of mail-in and absentee votes. Trump is also leading in the key state of North Carolina.  Market research and exit polling firm Edison Research gave Biden a lead of 243 electoral college votes, compared to Trump’s 213. Other data providers said Biden had triumphed in Wisconsin, which if true would provide him with additional 10 votes. A candidate must win