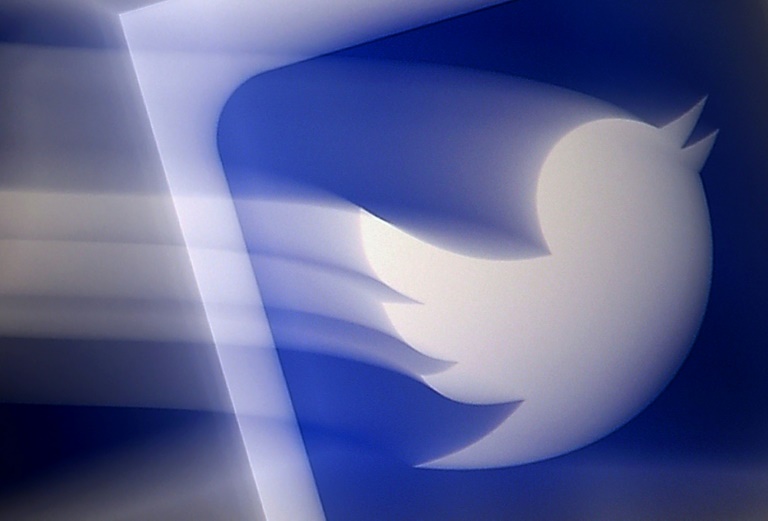 Twitter’s move to ban comments wishing for the death of President Donald Trump sparked calls for the platform to enforce that policy for everyone.

SAN FRANCISCO: Twitter is removing tweets hoping for the demise of US President Donald Trump — a move which opened up the social platform to criticism that it should enforce the same policy for everyone.

San Francisco-based Twitter drew a line on caustic commentary after Trump’s Covid-19 hospitalization Friday, telling users that expressing hope for the death of anyone violates policies against abusive behavior at the one-to-many messaging service.

“Tweets that wish or hope for death, serious bodily harm or fatal disease against anyone are not allowed and will need to be removed,” Twitter said in a post.

Attached was a link to a Twitter policy page that said it does not tolerate content that wishes, hopes, or expresses desire for someone to die or contract a fatal disease.

The post sparked a firestorm of responses from people contending that Twitter has not been consistent about enforcing those rules.

“So… you mean to tell us you could’ve done this the whole time?” Democratic Representative Alexandria Ocasio-Cortez of New York said in a retweet of Twitter’s message.

Conservative Republicans have relentless used social media to spew venom at Ocasio-Cortez, often referred to by her initials AOC.

Fellow Democratic lawmaker Rashida Tlaib chimed in with a similar comment, tweeting, “this is messed up. The death threats towards us should have been taking more seriously.”

Twitter responded with a pledge to be more even-handed.

“We hear the voices who feel that we’re enforcing some policies inconsistently,” Twitter said in response to fierce backlash.

“We agree we must do better, and we are working together inside to do so.”

Trump’s hospitalisation for treatment of Covid-19 has been a hot topic on Twitter, with users keen to point out his history of downplaying pandemic risks and safety precautions such as wearing masks.

Investors Diurnal Team - October 7, 2020 0
The Apple Inc logo is seen hanging at the entrance to the Apple store on 5th Avenue in Manhattan, New York. (Reuters photo) Apple Inc has stopped selling headphones and wireless speakers from rivals including Sonos Inc, Bose Corp and Logitech International SA as the company gears up to launch its own new audio products. The Cupertino, California-based technology giant has long sold third-party hardware on its website, one of the largest e-commerce operations in the world. All headphones and speakers from Bose, speakers from Logitech's Ultimate Ears brand and Sonos's latest smart speaker disappeared from Apple's online store at the end of last month, according to checks by Bloomberg. Employees at Apple's physical retail locations were also instructed to remove the products for sale at stores in recent days. The moves come as Apple develops multiple new products to expand on its audio strategy. The first Apple-branded over-ear headphones
Tech

Investors Diurnal Team - October 11, 2020 0
Usually, a bounce-back of a minimum of 20% happens in technology stocks following a correction, analysts note Now is a good time to renew mega-cap tech investments with newer themes - UBS The Zurich-based bank encourages investors to diversify within the technology sector. Technology stocks have been among the best performers this year. Still, some analysts believe that investors should be more picky with tech stocks going forward. Diversification advised Mark Haefele, CIO of UBS Global Wealth Management, believes that stocks that represent the ‘more normal’ theme will perform better than tech giants.  Are you looking for fast-news, hot-tips and market analysis? Sign-up for the Invezz newsletter, today. The investment banking company said that recent price volatility seen in the tech sector has indicated concentration risks and also signalized that uncertainty regarding the technology antitrust will persist until the US presidential election.  “We think global equity gains from here may lean more heavily on ‘more normal’ themes rather than the ‘stay at home’ dynamics that have favored mega-cap tech,” UBS said.  The Zurich-based bank encouraged investors to diversify within the technology sector.  “Tech stocks are not in a bubble, in our view, and are fairly valued given their earnings growth outlook,” UBS said.  The firm still likes “many of the largest names” but also pointed out that now is a good time to renew mega-cap tech investments with newer themes.  “We like 5G enablers and platform beneficiaries, which include leaders in smart mobility, cloud, and gaming, as well as China’s digital economy stocks, including ecommerce, food delivery, travel, search and fintech services,” UBS said. The bank forecasted that the next rally will likely be predicated on progressive mobility gains, optimistic Covid-19 vaccine developments as well as developments in United States political dynamics. British stocks, US mid-cap stocks, rising market value stocks and worldwide industrial stocks are all likely to benefit from this trend, the bank said.  “Rebalancing mega-cap tech exposure does not mean selling it all off,” UBS added. The wealth manager pointed out that usually, a bounce-back of a minimum of 20% happens in technology stocks following a correction.  Therefore, investors shouldn’t worry about short-term volatility or consider it a massive threat. Instead, the bank advised investors to use this volatility to “build up positions using options, structured investments, or a disciplined phasing-in strategy where appropriate”. 4 tech stocks to buy in Q4 Here are four tech stocks that are likely to yield positive returns in the fourth quarter.  Alphabet Google’s parent company Alphabet (NASDAQ: GOOGL) reported the first negative revenue growth in its history earlier this year. However, analysts are adamant that Alphabet is likely to return impressive gains on the back of its diversified portfolio.  BofA’s strategist Anthony Cassamassino picked GOOGL as a “high conviction” idea for the fourth quarter.  Similarly, equity analyst Justin Post has a “Buy” rating and $1,850 price target for GOOGL stock.  “We believe that search advertising could be recovering faster than expected, while new business initiatives in subscription content, Cloud and self-driving vehicles are long-term COVID beneficiaries,” he wrote in a note to clients. Nvidia Nvidia (NASDAQ: NVDA) has grown into a proper tech behemoth. Nearly all prominent tech companies use Nvidia’s products to power its units and artificial intelligence processes. Therefore, it doesn’t come as a surprise that NVIDIA’s data center revenue erupted 167% year-over-year in the most recent quarter. Nvidia’s impressive portfolio has grown further this year after the tech giant agreed to purchase the UK-based chipmaker Arm from SoftBank Group (T: 9984) for $40 billion.  Given the company’s recent performance and forward-looking outlook, both Oppenheimer and BMO raised their price target on NVDA to $600 and $650, respectively. Target Target (NYSE: TGT) stock price has rallied impressively this year helped by stronger consumer spending. A few days ago, Deutsche Bank’s analyst Paul Trussell maintained a “Buy” rating and $177 price target on the stock. “Target is one of the retailers we are most bullish on into the Holiday period as it should be a prime destination for gift giving, toys, and seasonal décor (Halloween costumes and Christmas decorations) and should continue to showcase market share gains,” the analyst wrote in a note to clients.  The company’s shares are trading over 25% this year despite the pandemic. According to Trussell the shopping season is likely to help the stock to climb even further.  “We believe the company has a strategy that will resonate with consumers including Black Friday pricing throughout all of November (stores will be closed on Thanksgiving), Target Deal Days October 13-October 14, and extended price match guarantee”. Twilio Twilio’s (NYSE: TWLO) guidance is that the company will record a 30%+ revenue growth over the next four years. Yesterday, Twilio announced it will acquire data startup Segment in a $3.2 billion deal. “A 4-year, 30%+ growth outlook cements TWLO as a member of our high growth comp group for nearly another half decade minimally,” wrote RBC Capital’s analyst Alex Zukin. According to Zukin, there are three key underlying factors supporting TWLO’s growth outlook: 1) an expansive market opportunity, 2) an accelerating core messaging business, and 3) a nascent enterprise sales motion. He reiterated his ‘Buy’ on TWLO and increased the price target from $320 per share to $375. Summary UBS Global Wealth Management believes the gains in technology stocks will likely abandon the mega-cap tech stocks and move to ‘more normal’ themes. Analysts note that a bounce-back of a minimum of 20% happens in technology stocks following a correction.
Tech

Cisco to pay £1.47 billion to Centripetal Networks for patents infringement

Investors Diurnal Team - October 6, 2020 0
The U.S. District Court says Cisco Systems violated four of Centripetal's patents. Cisco to pay £1.47 billion to Centripetal Networks for patents infringement. The U.S. multinational to appeal in the U.S. Federal Circuit Court of Appeals. Judge Henry Morgan of the U.S. District Court in Norfolk, Virginia ordered Cisco Systems (NASDAQ: CSCO) on Monday to pay £1.47 billion to Centripetal Networks Inc for patents infringement. Cisco still performed fairly upbeat in the stock market on Tuesday and closed the regular session close to 1.5% up. Including the price action, shares of the company are now trading at £30.19 versus £37.42 per share at the start of 2020. In March, Cisco slid to a lower £25.66 per share due to COVID-19 disruptions. Here’s what you need to know about value investing strategy. Are you looking for fast-news, hot-tips and market analysis? Sign-up for the Invezz newsletter, today. Cisco to appeal in the U.S. Federal Circuit Court of Appeals Centripetal had accused Cisco of violating five of its patents. According to the non-jury trial that lasted for about a month, there was substantial evidence that Cisco violated four of these. Cisco acquired PortShift last week to expand its footprint in DevOps and Kubernetes security. The U.S. court valued actual damages to be paid to Centripetal at £584.12 million but multiplied it by 2.5 citing Cisco’s conduct that it called willful and egregious. In the ruling, Morgan said: “Cisco did not advance any objectively reasonable defences at trial. The infringing functionality was added to their accused products post June 20, 2017, and resulted in a dramatic increase in sales which Cisco touted in both technical and marketing documents.” Cisco, however, expressed disappointment in the decision on Monday. The company said its innovations predated Centripetal’s patents by several years. Cisco expressed confidence that it had sufficient evidence of invalidity and non-infringement as it revealed plans of appealing in the United States Federal Circuit Court of Appeals. Cisco published its quarterly earnings report in late August The news comes only a month after Cisco published its earnings report for the full year that highlighted £38.10 billion in revenue and £8.66 billion of net income. Centripetal’s lawyer, Paul Andre, also commented on the court’s decision on Monday and said: “With this judgment, the court rejected the primitive doctrine that might makes right. This is a significant win for all small, innovative companies.” Founded in 2009, Centripetal Networks relies on firewall hardware and threat intelligence software to secure networks against cyber-attacks. Cisco performed slightly upbeat in the stock market last year with an annual gain of roughly 10%. At the time of writing, the American multinational technology conglomerate is valued at £127.75 billion and has a price to earnings ratio of 14.81.