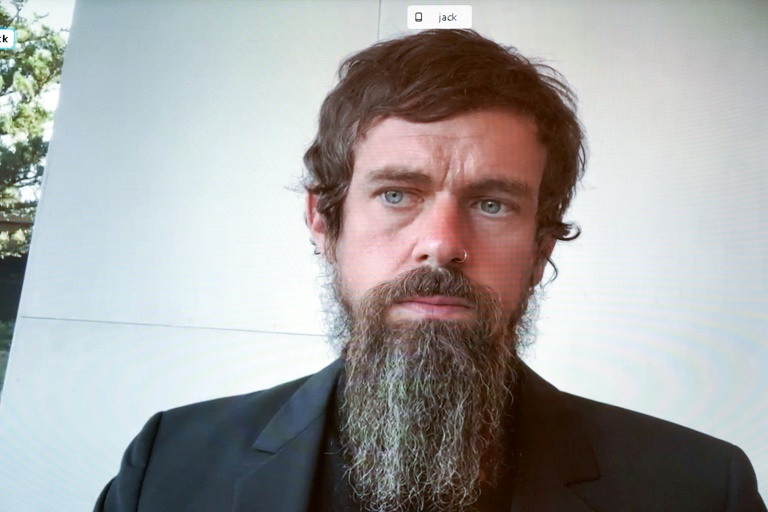 Twitter CEO Jack Dorsey will stay on in his leading role, the social media platform’s board ruled after an activist investor’s bid to oust him

SAN FRANCISCO – Twitter’s board on Monday said Jack Dorsey will remain chief after a management review prompted by an activist investor’s effort to push him out of the job.

Twitter in March made a deal with key investors to end an effort to oust Dorsey, creating a new committee on the board of directors to keep tabs on company leadership.

The plan called for a fresh investment in Twitter by private equity group Silver Lake, and a pledge by the social media group to launch a $2 billion share repurchase plan.

The deal also enabled the hedge fund Elliot Management — which had been pressing to remove Dorsey — to get its partner Jesse Cohn a seat on the board of the San Francisco-based firm.

As part of the agreement, Twitter created a temporary board committee to “build on our regular evaluation of Twitter’s leadership structure.”

Twitter had been facing pressure by Elliott Management, which owns about four percent of the company, to replace Dorsey, amid concerns he has spread himself too thin by running Twitter along with the digital payments firm Square.

“The committee expressed its confidence in management and recommended that the current structure remain in place,” the board said Monday in a filing with the US Securities and Exchange Commission.

The board endorsed the committee’s recommendations.

Uber reportedly in talks to sell its autonomous vehicle business

Investors Diurnal Team - November 27, 2020 0
Customers wait in line outside the Apple Store at CentralWorld to buy the new 5G iPhone 12 on Friday. (Photo: Chanat Katanyu) Hype was high for first-day sales of the new iPhone 12 series in Thailand on Friday, with major mobile operators holding activities and passing out phones to customers who had pre-booked from the first minute after midnight. And queues started forming before dawn outside the first official Apple store in the country.  Apple's first 5G-compatible lineup comprises the iPhone 12 mini, iPhone 12, iPhone 12 Pro and iPhone 12 Pro Max. Advanced Info Service (AIS), the country's biggest mobile operator by subscribers, was busy at AIS eSports STUDIO at Samyan Mitrtown, handing out iPhone 12 handsets to pre-order customers from 12.01am. A delivery team also began dropping off purchases to customers' homes. "AIS is extremely proud to be delivering the new models of iPhone 12 to Thai customers, bringing the
Asia

SoftBank swings to £4.61 billion of net profit in the fiscal...

Investors Diurnal Team - November 9, 2020 0
SoftBank swings to £4.61 billion of net profit in the fiscal second quarter. The conglomerate holding firm reports a 4.5% annualised decline in revenue. The Japanese company values its net gain on investments at £10 billion. SoftBank (TYO: 9984) said on Monday that it swung to a net profit in the fiscal second quarter, on the back of earnings attributed to its Vision Fund business, including its investment in Beike (Chinese property brokerage). Shares of the company opened about 3% up in the stock market on Monday and jumped another 1.5% in the next hour. Including the price action, SoftBank Group Corp. is now trading at £52 per share versus £33.55 per share at the start of the year. The stock had plummeted to as low as £19.73 per share in March. Trading stocks online is easier than you think. Here’s how you can buy shares online in 2020. Are you looking for fast-news, hot-tips and market analysis? Sign-up for the Invezz newsletter, today. SoftBank tops analysts’ estimates for net profit in the second quarter In the quarter that concluded on 30th September, the investment company reported £4.61 billion of net profit. In comparison, it had registered £5.14
Industries

Uber in talks to sell its autonomous driving unit to self-driving...

Investors Diurnal Team - November 15, 2020 0
Uber in talks to sell its autonomous driving unit to self-driving startup Aurora. SoftBank Group and Toyota Motor are the two major investors in Uber ATG. Aurora to expand development & testing of autonomous vehicles to Texas. Sources confirmed on Friday that Uber Technologies (NYSE: UBER) is considering selling Uber ATG (Advanced Technologies Group) to Aurora, a self-driving car startup. Uber is also likely to take a stake in Aurora if it agrees to buy Uber’s autonomous driving unit. Talks are ongoing between the two companies, and a deal has not been finalised yet. Uber jumped close to 2% in extended trading on Friday. Including the price action, shares of the company are now trading at £36.68 in the stock market versus a much lower £23.49 per share at the start of the year. In March, the stock had plummeted to as low as £11.23 per share as the Coronavirus restricted people to their homes. Are you looking for fast-news, hot-tips and market analysis? Sign-up for the Invezz newsletter, today. SoftBank and Toyota are the two major investors in Uber ATG Uber ATG boasts Japan’s SoftBank Group and Toyota Motor as two of its most prominent investors. The