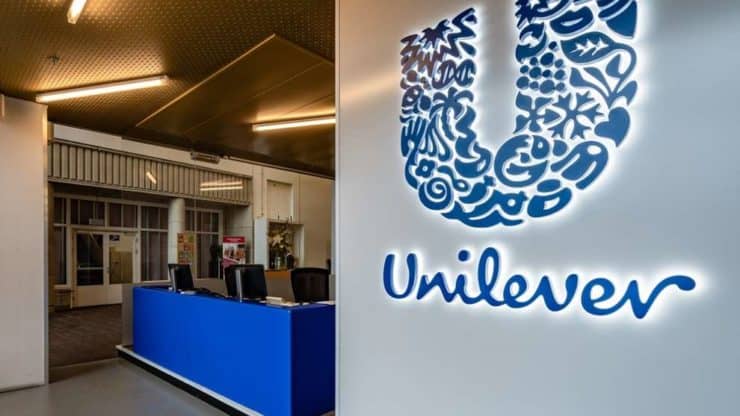 Unilever PLC (LON: ULVR) stock price slipped around 4% this week after the CEO of the consumer goods firm said the economic downturn seems “inevitable” in the current coronavirus-driven environment.

The London-based company reported an increase in year-over-year sales of 4.4%, much higher than consensus estimates of 1.3%.

The boost in sales was driven by emerging markets which account for around 60% of the company’s revenue. Sales in emerging markets advanced 5.3% compared to last year, while developed markets moved up by 3.1%.

Still, Unilever didn’t provide any short-term outlook and its CEO Alan Jope said he was “perplexed by talk of a quick recovery” from the coronavirus crisis and the consequent economic collapse.

“We’ve moved from response mode to now living with COVID-19, but the environment that we’re operating in remains highly unpredictable and we believe, an economic downturn is inevitable,” he said.

Unilever said elevated coronavirus-induced costs, commodity prices, marketing expenses as well as currency swings will weigh on the gross margins in the second half of the year.

Just like some of its competitors, Unilever has also been acquiring assets to broaden its portfolio and gain higher exposure to fast-developing categories like vegan foods and premium beauty while putting less focus on slower products such as margarine and tea.

The company revoked its yearly sales growth goal back in April.

Unilever reported growth of 9.1% in the United States, its largest market by revenue, thanks to a surge in demand for foods and drinks consumed at home.

“The shift of consumption towards in-home seems to be providing a strong tailwind to the sector and is outweighing any exposure to the out-of-home market,” analysts at Bernstein said in a note.

Shares of Unilever are trading about 4% lower since the beginning of this week despite better-than-expected quarterly sales. Still, the CEO’s claims have increased worries on the investors’ side.

Unilever stock price logged £46.60 this morning which is a fresh 1-month low for the stock. Last week, shares climbed to £49.44, which is the highest level recorded since September last year. The sellers are now testing the multi-week support near £46.50.

Unilever’s sales growth beat analysts’ estimates by far in the third quarter of this year but the company’s CEO warned that outlook remains very unpredictable. As a result, shares trade around 4% in the red on a weekly basis.

Investors Diurnal Team - October 20, 2020 0
The number of new COVID-19 cases has continued to surge on a daily basis across Europe “Difficult months are ahead of us,” warns Merkel DAX Index now trades at 12809 or 0.35% lower on the day, to extend weekly losses to 0.8% The DAX Index has extended last week’s losses to trade about 0.8% lower in the current week. The number of new COVID-19 infections has continued to surge on a daily basis across the continent, prompting officials to ask for responsible behaviour.  Fundamental analysis: Difficult months are ahead – Merkel There has been a substantial increase in the number of new coronavirus cases and a few European countries have taken new measures in a bid to inhibit the second wave. A large number of EU member states have imposed new measures including early closing of bars but with the number of infections increasing at such a rapid pace, some countries are also considering closing schools and other institutions. Are you looking for fast-news, hot-tips and market analysis? Sign-up for the Invezz newsletter, today. After Germany reported a new peak of more than 7,800 of new coronavirus cases on a single day, the country’s Chancellor Angela Merkel said
features

Should I invest in Nestle stock in November?

Investors Diurnal Team - October 23, 2020 0
Nestle reported a growth of about 5% on the back of a higher demand for pet food and health products Region-wise, the strongest results were reported in North and South America Nestle share price trades in the red this week, and heading towards a major buying opportunity near 101.00 Shares of Nestle (SIX: NESN) have fallen almost 2% this week despite the better-than-expected Q3 results. Nestle stock price is now heading towards an important support.   Fundamental analysis: A better-than-anticipated Q3 sales Nestle posted better-than-expected earnings for Q3, reporting a nearly 5% growth thanks to higher demand for pet food and health products. The food company lifted its guidance for this year organic sales growth to about 3%. Are you looking for fast-news, hot-tips and market analysis? Sign-up for the Invezz newsletter, today. Nestle handled the coronavirus crisis better than some of its competitors, owing to its extensive portfolio that helped neutralize a decline in food sales to restaurants and cafes. The food giant said in a statement that the demand for food and drinks ordered for home delivery stayed high in the course of the pandemic, while sales of products that aren’t consumed at home saw a slump.
Cryptocurrency