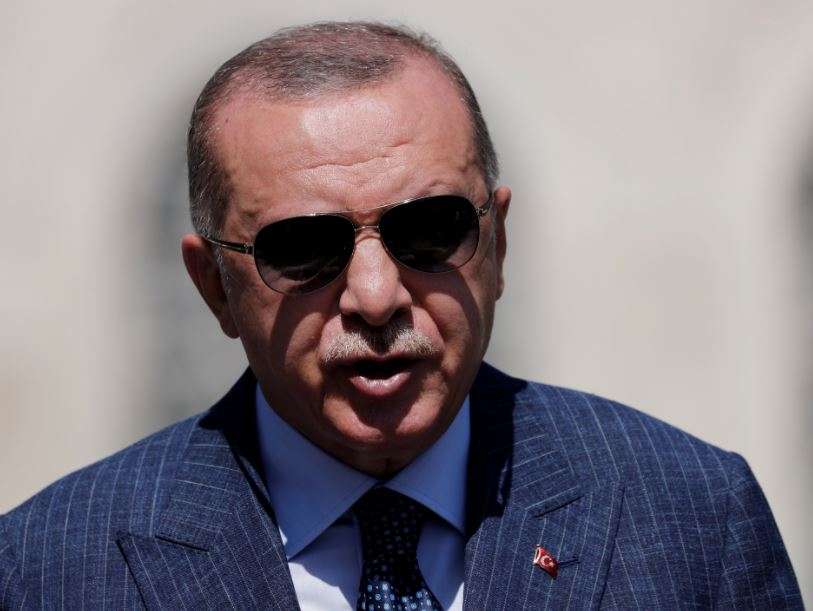 “The US Mission in Turkey has received credible reports of potential terrorist attacks and kidnappings against US citizens and foreign nationals in Istanbul, including against the US Consulate General, as well as potentially other locations in Turkey,” the embassy said in a statement.

Iran says UN arms embargo on Teheran has been lifted

Investors Diurnal Team - October 18, 2020 0
LONDON (REUTERS) - Mr Michael Gove, the minister handling Brexit divorce issues for Britain, said on Sunday (Oct 18) that the UK is "increasingly well-prepared" for a no-deal Brexit even as businesses urged Britain and the European Union to find a compromise over trade terms. A tumultuous "no deal" finale to the United Kingdom's five-year Brexit crisis would sow chaos through the delicate supply chains that stretch across Britain, the EU and beyond - just as the economic hit from the coronavirus pandemic worsens. "It is not my preferred destination," Mr Gove said in an opinion piece in the Sunday Times newspaper. "But if the choice is between arrangements that tie our hands indefinitely, or where we can shape our own future, then that's no choice at all. And leaving on Australian terms is an outcome for which we are increasingly well-prepared." Prime Minister Boris Johnson said on Friday that Britain should get ready for a deal with the European Union similar to the one Australia has, "based on simple principles of global free trade". A so-called "Australia deal" means that the UK would trade on World Trade Organisation (WTO) terms: as a country without
World News

Investors Diurnal Team - October 12, 2020 0
The new regulation issued for Haj pilgrimage has a total of 42 articles, including one that stipulates that Chinese Muslims' pilgrimage should be organised in accordance with laws, and the Chinese Islamic Association is the only organisation that is authorised to arrange for Chinese Muslims to go to Mecca in Saudi Arabia to perform Haj. About 10,000 Chinese Muslims perform Haj every year.