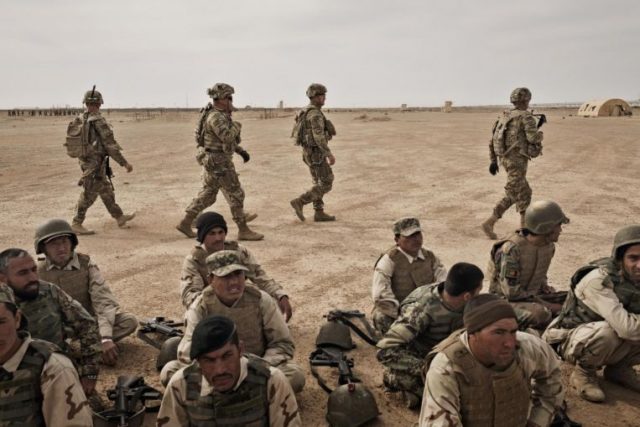 KABUL, AFGHANISTAN (NYTIMES) – The US military has begun its complete withdrawal from Afghanistan, the top US commander there said Sunday (April 25), marking what amounts to the beginning of the end of the United States’ nearly 20-year-old war in the country.

“I now have a set of orders,” said General Austin S. Miller, the head of the US-led coalition in Afghanistan, to a news conference of Afghan journalists at the US military’s headquarters in Kabul, the capital.

“We will conduct an orderly withdrawal from Afghanistan, and that means transitioning bases and equipment to the Afghan security forces.”

Miller’s remarks come almost two weeks after President Joe Biden announced that all US forces would be out of the country by Sept 11, the 20th anniversary of the terrorist attacks that propelled the United States into its long war in Afghanistan.

Biden’s announcement was greeted with uncertainty in Afghanistan, as it prepares for a future without a US and Nato military presence despite a Taleban insurgency that seems dead set on a military victory despite talks of peace.

If the Taleban return to power – either through force or being incorporated into the government – they are likely to roll back rights for women, as they did during their harsh rule in the late 1990s.

Holding the line for now are the Afghan security forces, which have endured a particularly difficult winter. Taleban offensives in the south and repeated attacks in the north despite the cold weather have meant mounting casualties ahead of what could be a violent summer as US and Nato forces withdraw. Although the Afghan military and police forces together are said to have around 300,000 personnel, the real number is suspected to be much lower.

Miller added that “certain equipment” must be withdrawn from Afghanistan, “but wherever possible” the United States and international forces will leave behind materiel for the Afghan forces.

There are roughly 3,500 US troops in Afghanistan and around 7,000 Nato and allied forces. Those Nato forces will probably withdraw alongside the United States, as many countries in the coalition are dependent on US support.

Atop the international military forces in Afghanistan, there are also roughly 18,000 contractors in the country, almost all of whom will also depart. Miller said that some of the contracts “will have to be adjusted” so that the Afghan security forces, which are heavily dependent on contractor assistance – especially the Afghan air force – will continue to be supported. The thousands of private contractors in Afghanistan are tasked with a range of jobs, including security, logistics and aircraft maintenance.

Under last year’s peace agreement with the Taleban, US and international forces were supposed to withdraw from the country by May 1. Under the agreement the Taleban have refrained – for the most part – from attacking US troops. But what remains unclear is if the insurgent group will attack the withdrawing forces following Biden’s decision to set the final deadline later, in September.

“We have the military means and capability to fully protect our force during retrograde, as well as support the Afghan security forces,” Miller said.

US troops are still spread out in a constellation of around a dozen bases, most of which contain small groups of Special Operations forces advising the Afghan military. To cover the withdrawal, the US military has committed a significant amount of air support, including positioning an aircraft carrier in the Persian Gulf, in case the Taleban decide to attack.

Prologis’ profit and revenue comes in better than expected in Q1

Letters to the editor | The Economist

Investors Diurnal Team - July 28, 2021 0
RALEIGH, N.C. (WNCN) – The brother of a well-known conservative radio host originally from North Carolina is pleading with people to get the COVID-19...
World News

Investors Diurnal Team - June 17, 2021 0
With COVID corralled for now, the G-7 band got back together last week. In the past, whenever the heads of the free world’s seven...
World News

Analysis | Why the World Worries About Russia's Nord Stream 2...