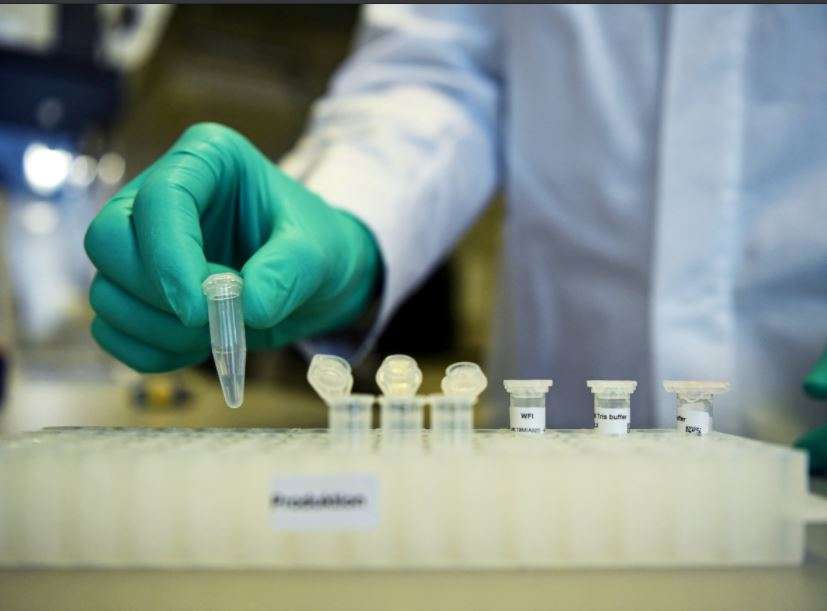 Goldman Sachs' cohead of investment banking is jumping ship to be CEO of a...

Amid coronavirus spike, pressure grows on US agency to approve Trump-to-Biden transition

Apple's First Cut May Not Be the Deepest

US stocks upgraded to overweight by the world's largest asset manager...

Investors Diurnal Team - November 14, 2020 0
WASHINGTON (REUTERS) - US national security adviser Robert O'Brien will represent the United States at back-to-back virtual summits with Asian countries this weekend, the White House said on Friday (Nov 13). Mr O'Brien will lead the US delegation in talks with the 10 members of the Association of South-east Asian Nations (Asean) beginning on Friday evening US time, or Saturday morning in Asia. He will participate in a broader East Asia Summit on Sunday, when 15 Asia-Pacific economies - excluding the United States - are expected to sign a China-backed Regional Comprehensive Economic Partnership (RCEP), which could become the world's largest free trade agreement. The White House has not yet said who will represent the United States at a leaders' meeting of a larger grouping of Pacific Rim nations, the Asia-Pacific Economic Cooperation (Apec) forum, next Friday. It will be the third year in a row that the United States has been represented in the East Asia meetings at a relatively low level, even though the outgoing administration of President Donald Trump had declared the Asia Pacific and competition with China a foreign policy priority. Mr Trump is preoccupied with challenging the results of last
World News

Investors Diurnal Team - November 20, 2020 0
JERUSALEM: US secretary of state Mike Pompeo wrapped up a trip to Israel on Friday with a visit to a museum in Jerusalem that honors Christian Zionists and was founded by a prominent evangelical adviser to the Trump administration.The museum visit came a day after Pompeo became the first secretary of state to visit an Israeli settlement in the occupied West Bank. He also announced a new policy allowing settlement products exported to the US to be labeled "made in Israel" and a new initiative to combat the Palestinian-led international boycott movement.Christian Zionism is a belief by some Christians that the return of the Jews to the Holy Land and the establishment of the state of Israel in 1948 were in accordance with biblical prophecy.The Friends of Zion Museum was founded by Mike Evans, a prominent evangelical supporter of Israel. Evangelical Christians are among President Donald Trump's most loyal supporters and have hailed his unprecedented support for Israel. They would also be an important constituency should Pompeo pursue elected office following Trump's presidency.Pompeo did not deliver any public remarks at the museum and departed Israel midday.The Trump administration has broken with decades of US policy to support Israel's claims to
World News

Investors Diurnal Team - November 17, 2020 0
SINGAPORE - With coronavirus infections continuing to surge and vaccines still to be released, the need for accurate health reporting and evidence-based journalism around Covid-19 is becoming increasingly important. To better prepare newsrooms for future health-related crises or large-scale science emergencies, the World Editors Forum - Wan-Ifra's network for editors - will be hosting the Science in the Newsroom Global eSummit 2020. The online event, titled Journalism in the Age of the Pandemic, is designed to help newsrooms draw lessons from existing Covid-19 coverage and build competencies in better evidence-based storytelling. To be held from Nov 23 to 24, the inaugural summit will feature speakers such as Dr Sylvie Briand, Director of the Global Infectious Hazard Preparedness department, Alyssa Zeizler, Wall Street Journal's Research & Development Chief and Product Lead for Newsroom Tools, David Walmsley, Editor-in-Chief at The Globe and Mail, and The Straits Times' Senior Health Correspondent Salma Khalik. It will showcase four 90-minute sessions which will cover topics such as addressing future pandemics, countering misinformation and boosting newsroom expertise despite shrinking budgets. Award-winning journalist Shirish Kulkarni will also share his research on the building blocks for good storytelling, and the tools journalists can