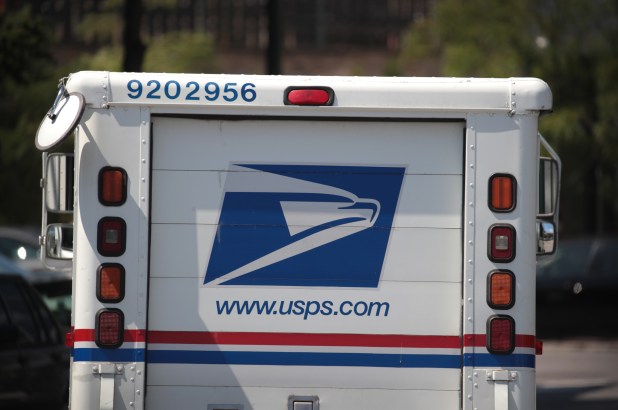 A sticky-fingered US Postal Service worker has been sentenced for stealing video-game consoles from the mail.

Between February and April of last year,  Zoheb Deura stole “numerous packages” from the Middlebury, Conn., post office where he worked as a supervisor.

The items that Deura took included PlayStation 4 and Nintendo Switch consoles, as well as an Apple iPhone and computer, plus “footwear and clothing items”, federal prosecutors said.

The 34-year-old pleaded guilty in October to embezzlement of mail.

Deura will now serve three years of probation, the first nine months of which he will be under house arrest. The ex-USPS worker was also slapped with a $20,000 fine.

Iran to expel UN nuclear inspectors unless sanctions are lifted

Visa and Plaid call off $5.3B merger citing DoJ pushback

Investors Diurnal Team - December 30, 2020 0
Amazon said Wednesday it would acquire podcast startup Wondery, aiming to beef up non-musical content on its Amazon Music app. Earlier this month, the Wall Street Journal reported that the firms were in deal talks, pegging Wondery at a valuation of more than $300 million. Amazon is relatively a late entrant to the booming podcast space, a key area of focus for Spotify, which has been investing in big names in an effort to become the Netflix of audio content. Wondery, which houses popular podcasts like “Dirty John,” “Dr. Death” and “Business Wars,” has about 20 million monthly unique listeners, according to a Variety report. Last month, Bloomberg News reported that both Apple and Sony Music Entertainment have held talks about acquiring Wondery.
Business

Investors Diurnal Team - December 27, 2020 0
Shirley Young — a prominent Chinese-American who began in marketing in New York City and ended up helping to transform business relations between China and the US — has died, her family said Sunday. Young, 85, passed away Saturday night, one of her sons, David Hsieh, told The Post. “She was a real trailblazer,” Hsieh said of his mother. Young was born in Shanghai and moved as a child to the Philippines, where her diplomat father served as consul general for China until he was executed when the Japanese invaded during World War II. “She lived out the war under Japanese occupation,” Hsieh said of his mom. Around age 11 or 12, Young moved to Manhattan with her mother and two sisters, Hsieh said. Young, asked about her first impression of the US by Bill Moyers in 2003, said, “I thought we’d reached heaven.” One of her first jobs was with Grey Advertising, where she would spend more than the next two decades pioneering market research. Patrick McMullan Young went from there to become corporate vice president at General Motors from 1988 to 1999. “She was very influential helping to introduce GM to China,’’ her son said, noting his mom’s
Business

Investors Diurnal Team - December 28, 2020 0
The Federal Aviation Administration on Monday said it is issuing long-awaited rules to allow for small drones to fly over people and at night, a significant step toward their use for widespread commercial deliveries. The FAA is also requiring remote identification of most drones, which are formally known as unmanned aerial vehicles, to address security concerns. “The new rules make way for the further integration of drones into our airspace by addressing safety and security concerns,” said FAA Administrator Steve Dickson in a statement. “They get us closer to the day when we will more routinely see drone operations such as the delivery of packages.” The race has been on for companies to create drone fleets to speed deliveries. For night operations, FAA said drones must be equipped with anti-collision lights. The final rules allow operation over moving vehicles in some circumstances. Remote ID is required for all drones weighing 0.55 pounds or more, but is required for smaller drones under certain circumstances like flights over open-air assemblies. One change in the final rule requires that those small drones cannot have any exposed rotating parts that could lacerate human skin. The final Remote ID rule eliminates the requirement that drones