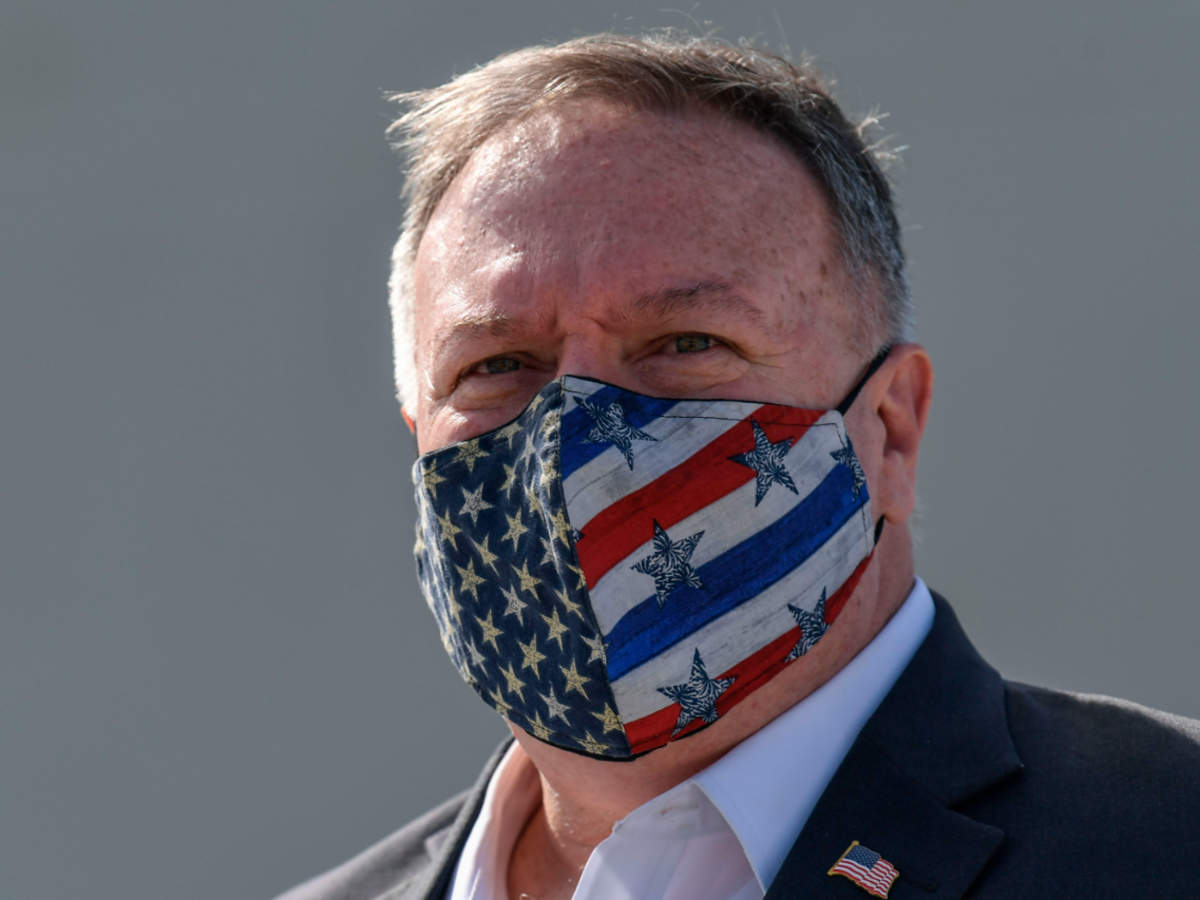 Nagorno-Karabakh is inside Azerbaijan but is run by ethnic Armenians and is supported by Armenia. It broke away from Azerbaijan in a war in the 1990s, but is not recognised by any country as an independent republic. Mike Pompeo said during a visit to Crete that he had discussed the clashes in talks earlier with Greek foreign minister Nikos Dendias.

Jamal Khashoggi fiancee sues Saudi prince in US over murder

Pensions Have Been Shunning Stocks at Their Own Peril

Investors Diurnal Team - October 14, 2020 0
WASHINGTON (REUTERS) - The US State Department has submitted a proposal for the Trump administration to add China's Ant Group to a trade blacklist, according to two people familiar with the matter, before the fintech arm of e-commerce giant Alibaba is slated to go public. It was not immediately clear when the US government agencies that decide whether to add a company to the so-called Entity List would review the matter. But the move comes as China hardliners in the Trump administration are seeking to send a message to deter US investors from taking part in the initial public offering, worth up to a record US$35 billion. They fear buying shares in the company could expose them to fraud or that Ant could give the Chinese government access to sensitive banking data belonging to US citizens. State Department did not immediately respond to a request for comment. The entity list, which makes it more difficult for US firms to sell high-tech items to blacklisted companies, has become the tool of choice for the Trump administration to punish Chinese companies, though its real-world impact is sometimes questionable. While curbing access to US technology deals a blow
World News

Investors Diurnal Team - October 16, 2020 0
WASHINGTON (REUTERS) - Gilead Sciences Inc has questioned the findings of a World Health Organisation (WHO) study that concluded its Covid-19 drug remdesivir does not help patients who have been admitted to hospital. The American company told Reuters the data appeared inconsistent, the findings were premature and that other studies had validated the drug's benefits. In a blow to one of the few drugs being used to treat people with Covid-19, the WHO said on Thursday (Oct 15) its "Solidarity" trial had concluded that remdesivir appeared to have little or no effect on 28-day mortality or length of hospital stays among patients with the respiratory disease. The antiviral medication was one of the drugs used to treat US President Donald Trump's coronavirus infection, and has been shown in previous studies to have cut time to recovery, though the European Union is investigating it for possible kidney injury. The WHO trial was conducted in 11,266 adult patients in more than 30 countries. The evidence was conclusive, the WHO said. Gilead said other trials of remdesivir, including with 1,062 patients that compared it with a placebo, showed the treatment cut Covid-19 recovery time.
World News

Investors Diurnal Team - October 19, 2020 0
LONDON: Britain on Monday welcomed signals that the European Union was ready to intensify stalled post-Brexit trade talks, but said its commitments did not yet go far enough to restart face-to-face negotiations.Britain's chief negotiator David Frost said he held a "constructive discussion" with his EU counterpart Michel Barnier, with the bloc confirming it is willing to hold ramped-up talks this week "based on legal texts"."But the EU still needs to make a fundamental change in approach to the talks and make clear it has done so," Frost added on Twitter, noting the two sides "will stay in close touch".A spokesman for Prime Minister Boris Johnson echoed the sentiment, noting: "The UK continues to believe there is no basis to resume talks unless there is a fundamental change of approach from the EU."Britain, which left the EU in January but remains bound by most of the bloc's rules until a transition period ends on December 31, has accused Brussels of stalling negotiations on a future trade deal.Following an EU summit last week at which European leaders said London needed to make the further compromises, Johnson revoked an invitation for Barnier to come to London this week and said the country was