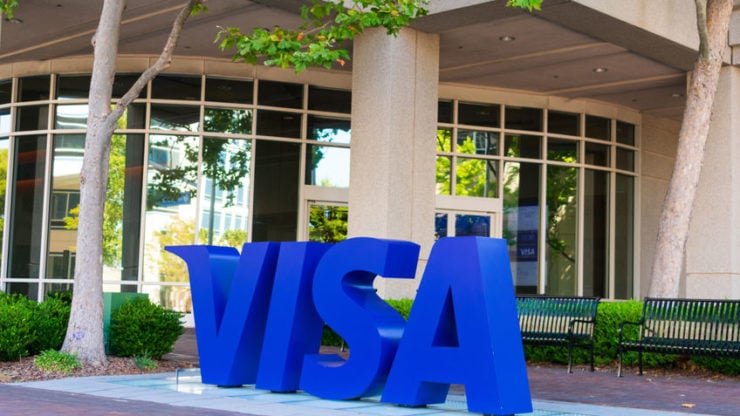 Shares of Visa (NYSE: V) are trading over 6% lower this week after the payment-processing company said it is giving up on plans to acquire financial services company Plaid amid regulatory hurdles.

Beginning of the last year, Visa announced it is acquiring Plaid for $5.3 billion. However, the acquisition plans hit a major stumbling block last November when the Department of Justice (DoJ) filed a lawsuit to stop the deal.

Accordingly, the DoJ claimed that the deal would “eliminate a nascent competitive threat”. Finally, two companies announced this week that they jointly made a decision to abandon the deal.

“We believe the combination of Visa with Plaid would have delivered significant benefits, including greater innovation for developers, financial institutions and consumers. However, it has been a full year since we first announced our intent to acquire Plaid, and protracted and complex litigation will likely take substantial time to fully resolve,” Al Kelly, chairman and chief executive of Visa, said.

Plaid is likely to continue focusing on the growth of its rapidly-evolving business as it recorded “an unprecedented uptick in demand for the services powered by Plaid.” According to the company, its customer base soared 60% last year as it now counts over 4,000 clients.

Visa stock price closed 3.58% lower on Thursday to increase the weekly losses to over 6%. More importantly, this week’s plunge pushed the price action below the 100-DMA that currently trades at $205.27.

This technical indicator will now act as a resistance line during the next leg higher. On the other side, a strong support area is located near $196.00 where the ascending trend line and 200-DMA meet.

Visa and Plaid announced they are dropping their proposed $5.3 billion merger amid regulatory concerns from the DoJ.

The post Visa stock price sinks as $5.3 billion acquisition of Plaid is off appeared first on Invezz.

The Reign of Reverse Racism

Investors Diurnal Team - December 31, 2020 0
Gold prices have continued to rise as the hopes of fresh fiscal stimulus sent the U.S. dollar to its lowest point since April 2018. Fundamental analysis: Weaker dollar heping gold prices The dollar index plunged to its lowest mark in more than 2 years after U.S. Senate Majority Leader Mitch McConnell postponed the vote on boosting coronavirus aid checks to $2,000. “The U.S. dollar index touched a new low – that’s working in favour of the gold and silver markets,” noted Kitco Metal senior analyst Jim Wyckoff.“However, upbeat risk appetite in the market place, evident by stock indexes at or near record highs is tempering buying enthusiasm. You’ve got this tug and pull at work right now.” Stocks in the U.S. also climbed in expectations of new stimulus and thanks to vaccine rollouts. Moreover, the U.K. became the first nation to approve the use of COVID-19 vaccine developed by AstraZeneca and Oxford University. “The bigger picture is that gold is still holding up incredibly well at these price levels and the fiscal and monetary stimulus will still be there in 2021 as the pandemic is hitting hard in the U.S., Europe,” said Xiao Fu, an analyst at Bank of
features

Investors Diurnal Team - December 28, 2020 0
Shares of Beyond Meat (NASDAQ: BYND) closed 5.62% lower last week as the price action struggles to recover from a sharp selloff that started in October. Fundamental analysis: Industry challenges to remain The plant-based meat industry has seen growth in demand and even though it is expected to keep rising, analysts believe the industry still has to face certain obstacles in some parts of the world. Are you looking for fast-news, hot-tips and market analysis? Sign-up for the Invezz newsletter, today. Data by Google Trends showed that search interest for “plant-based meat” has significantly surged last year, prior to Beyond Meat’s IPO. The plant-based meat industry is worth roughly $20.7 billion and is expected to reach $23.2 billion by 2024, market research firm Euromonitor said. Some of the factors that have been driving the industry’s growth include concerns over animal welfare, coronavirus pandemic and food security.  “In this era of shocks and instability, building a low-risk value chain means focusing on where the opportunities are, and the shift towards plant-based meat shows no signs of slowing down,” said Elaine Siu, managing director of The Good Food Institute Asia Pacific. Simon Powell, global chief of thematic research at Jefferies
features

Investors Diurnal Team - December 20, 2020 0
Shares of Rolls-Royce PLC (LON: RR.) are trading under bearish pressure after the company lowered its cash outflow outlook for this year. Fundamental analysis: Challenging near-term future ahead  Rolls-Royce forecasts challenging future prospects as air travel volume remains low. The British air giant still expects a positive cash flow for the second half of 2021, hoping its heavy cost cuts would help turn its cash burn rate around. Are you looking for fast-news, hot-tips and market analysis? Sign-up for the Invezz newsletter, today. Rolls Royce manufactures engines that are used in Boeing 787s and Airbus A350s. The company has raised 2 billion pounds from shareholders last month to survive the blow from the coronavirus pandemic.  The automaker expected to raise 4.2 billion pounds in November and failing to reach that figure prompted it to downgrade this year’s cash outflow outlook. Rolls Royce also said the ongoing second wave of the coronavirus pandemic continues to curb the recovery in engine flying hours, which represents a vital measure of how much it is paid by airline companies. After raising the money from shareholders and taking another 3 billion pounds of new debt in November, the carmaker had “ample liquidity to get us through