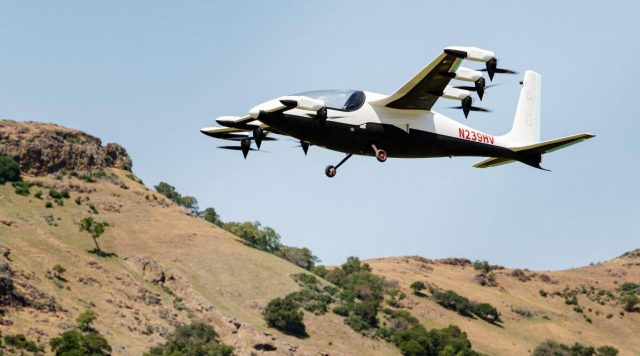 It was sleek, cone-shaped, a little confusing — like something Hollywood would give a sci-fi villain for a quick getaway.

It wasn’t a helicopter. And it wasn’t an airplane. It was a cross between the two, with a curved hull, two small wings and eight spinning rotors lined up across its nose and tail.

At the touch of a button on a computer screen under a nearby tent, it stirred to life, rising up from a grassy slope on a ranch in central California and speeding toward some cattle grazing under a tree — who did not react in the slightest.

“It may look like a strange beast, but it will change the way transportation happens,” said Marcus Leng, the Canadian inventor who designed this aircraft, which he named BlackFly.

BlackFly is what is often called a flying car. Engineers and entrepreneurs like Leng have spent more than a decade nurturing this new breed of aircraft, electric vehicles that can take off and land without a…

I'm a former Broadway actress who makes over $8,000 a month running a digital...

5 Important Conversations Legal Departments Should Have With Tech Vendors

How lab techs save lives one test at a time

Investors Diurnal Team - August 9, 2021 0
TAMPA, Fla. — Laboratory scientists never see the faces of patients in the hospital. They are stuck in a room surrounded by four walls...