Worst Covid-19 community outbreak in S’pore since last year a reminder not to let guard down: Experts

Singapore is experiencing its worst spate of Covid-19 community infections in close to a year, in a painful reminder of how the virus situation can flare up without warning.

But if contact tracing, testing and quarantine protocols are as effective as before, and people do not let their guard down, the current situation could come under control within the next week or so, experts said.

The Tan Tock Seng Hospital cluster, with 27 people infected, is the nation’s first hospital cluster and comprises staff and patients. One patient, an 88-year-old woman, has died.

The recent cases show that nobody can relax, not even for a moment, stressed Professor Teo Yik Ying, dean of the National University of Singapore’s Saw Swee Hock School of Public Health.

India’s Bharatiya Janata Party (BJP) has lost a key election in West Bengal state, after banking on the popularity of Prime Minister Narendra Modi in a high-decibel campaign as a second wave of the Covid-19 pandemic was beginning to wreak havoc. 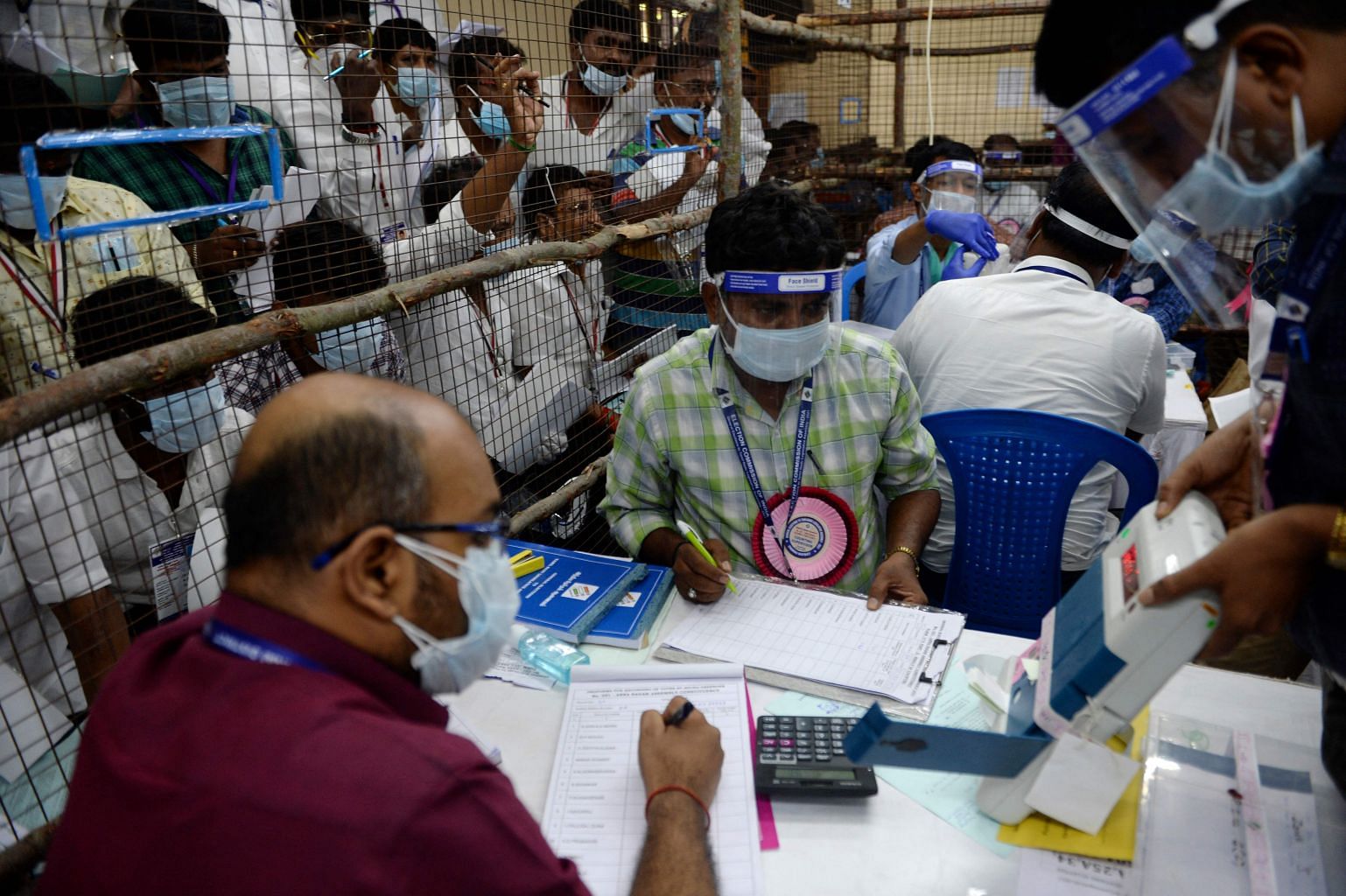 India’s southern states of Tamil Nadu and Kerala have voted for political alliances that campaigned on messages of efficient governance, and regional and linguistic pride.

Votes cast in the state elections on April 3 were still being counted last night, but the Election Commission’s results as at 7pm on Sunday showed that in Tamil Nadu, the Dravida Munnetra Kazhagam (DMK) and Congress alliance was leading in 155 seats, more than half of the 234 constituencies.

The incumbent All India Anna Dravida Munnetra Kazhagam (AIADMK) that was allied with Prime Minister Narendra Modi’s Bharatiya Janata Party (BJP) for this poll had 79 seats. 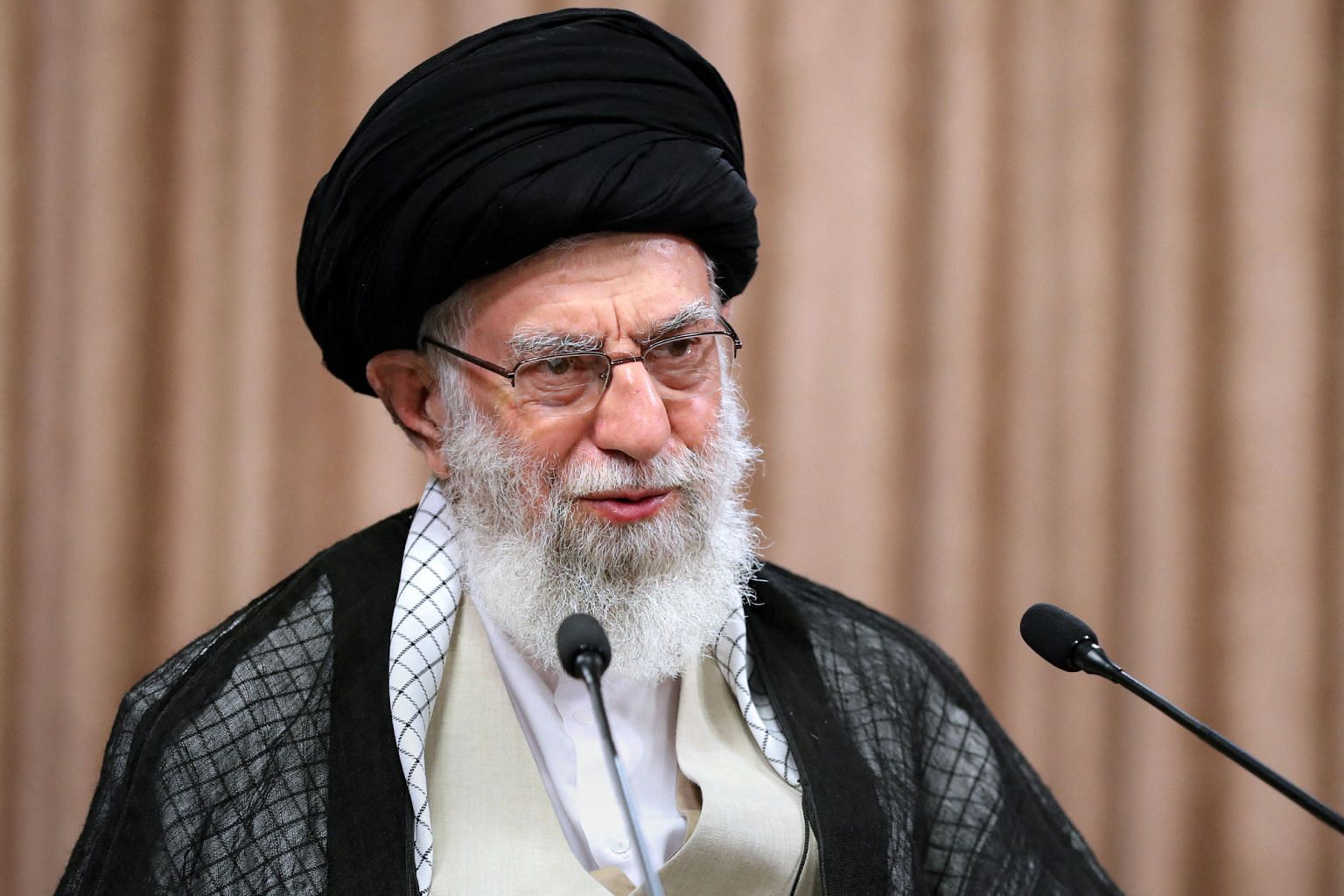 Supreme leader Ayatollah Ali Khamenei Sunday slammed as a “big mistake” remarks by Iran’s foreign minister, a week after audio emerged of the latter bemoaning the military’s influence on diplomacy.

Top diplomat Mohammad Javad Zarif, a long-standing key member of moderate President Hassan Rouhani’s cabinet, made the remarks in a three-hour “confidential” conversation first published by media outlets outside Iran a week ago.

The recording provoked anger from conservatives. But moderates have questioned who stood to gain from the leak, as presidential elections loom and amid pivotal talks seeking to revive a hobbled 2015 nuclear deal between Iran and world powers. 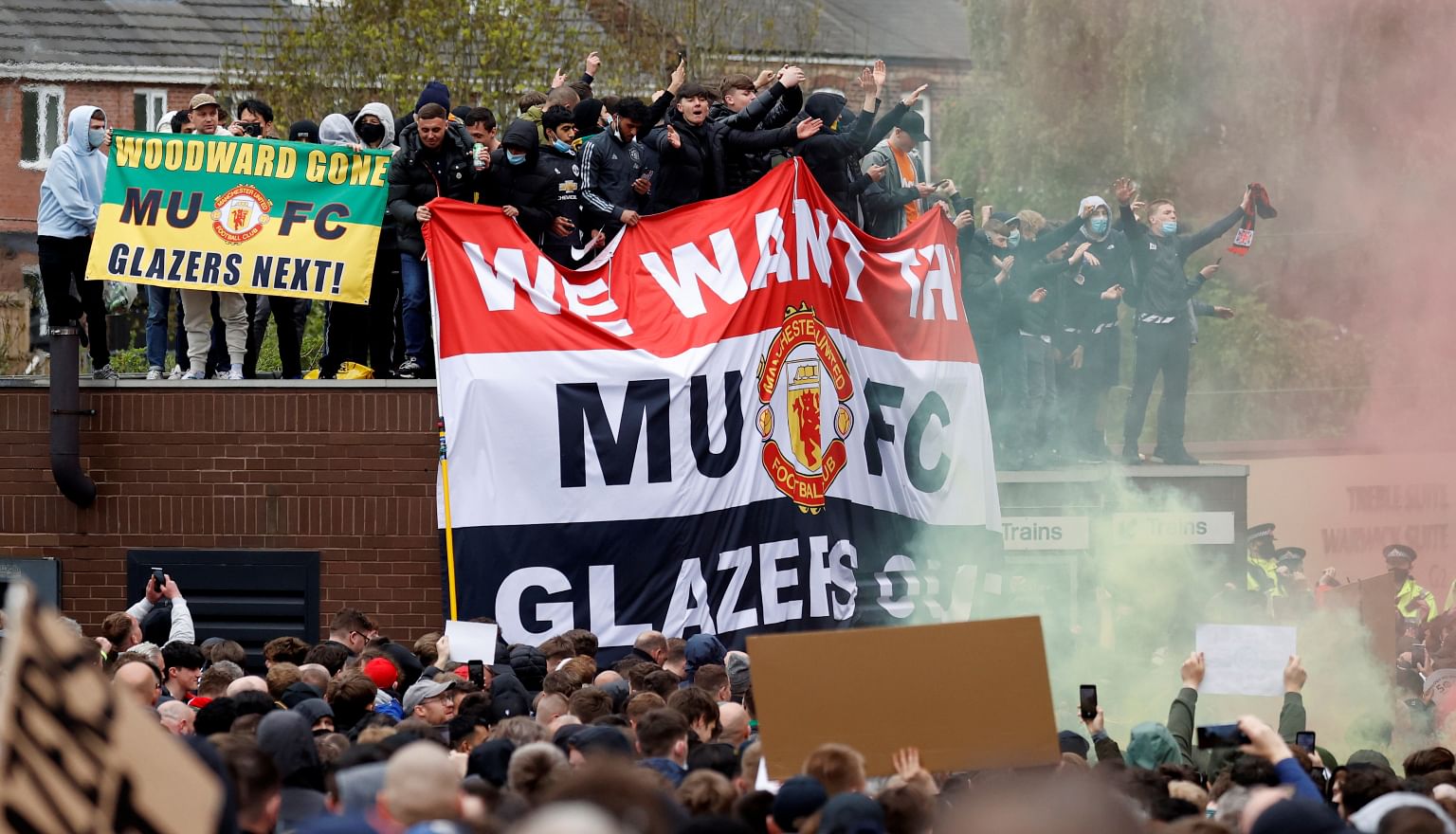 Manchester United’s Premier League match against Liverpool was postponed on Sunday after United fans forced their way into the stadium and stormed the Old Trafford pitch to protest against the club’s owners – the Glazer family.

“Following discussion between the Police, the Premier League, Trafford Council and the clubs, our match against Liverpool has been postponed due to safety and security considerations around the protest today,” United said in a statement after the game was called off.

Liverpool issued a statement saying they were in full agreement with the decision.

The Death of Hahnemann Hospital

Connecticut man gets 4 years in prison for investment scam

Luxury’s Gray Market Is Emerging From the Shadows

Investors Diurnal Team - April 23, 2021 0
KENNEDY SPACE CENTRE, United States (AFP) - SpaceX is set to launch its third crew to the International Space Station early Friday (April 23), reusing a rocket and crew capsule in a human mission for the first time. The Crew-2 mission blasts off from pad 39A at the Kennedy Space Centre in Florida at 5.49am Eastern Time (5.49pm Singapore time), after being delayed a day by adverse weather along the flight path. "It seems the weather is cooperating, so looks like we will try to launch tomorrow!!!" tweeted French astronaut Thomas Pesquet, who will become the first European to fly on a SpaceX Crew Dragon. "Our friends on the @Space-Station are expecting us to show up and we don't want to be late. They even installed my bedroom recently and literally made my bed. Such nice hosts!" The extra "bed" is necessary to accommodate an unusually large number of people aboard the ISS: 11 in total, as the Crew-2 team overlaps for a few days with Crew-1 astronauts, in addition to three Russian cosmonauts. Pesquet will be accompanied by Americans Shane Kimbrough and Megan McArthur and Japan's Akihiko Hoshide. Crew-1 is set to splash down off the
World News

Investors Diurnal Team - April 25, 2021 0
STOCKHOLM (AFP) - Military expenditure worldwide rose to nearly US$2 trillion (S$2.6 trillion) in 2020, defying the economic impact of the Covid-19 pandemic, researchers said Monday (April 26). Global military spending increased by 2.6 per cent to US$1.981 trillion in 2020, when global GDP shrank 4.4 per cent, according to a report from the Stockholm International Peace Research Institute (Sipri). Diego Lopes da Silva, one of report's authors, told AFP the development was unexpected. "Because of the pandemic, one would think military spending would decrease," he said. "But it's possible to conclude with some certainty that Covid-19 did not have a significant impact on global military spending, in 2020 at least," Lopes da Silva said. He cautioned however that due to the nature of military spending, it could take time for countries "to adapt to the shock". The fact that military spending continued to increase in a year with an economic downturn meant the "military burden", or the share of military spending out of total GDP, had increased as well. The overall share rose from 2.2 per cent to 2.4 per cent, the largest year-on-year increase since the financial crisis of 2009. As a