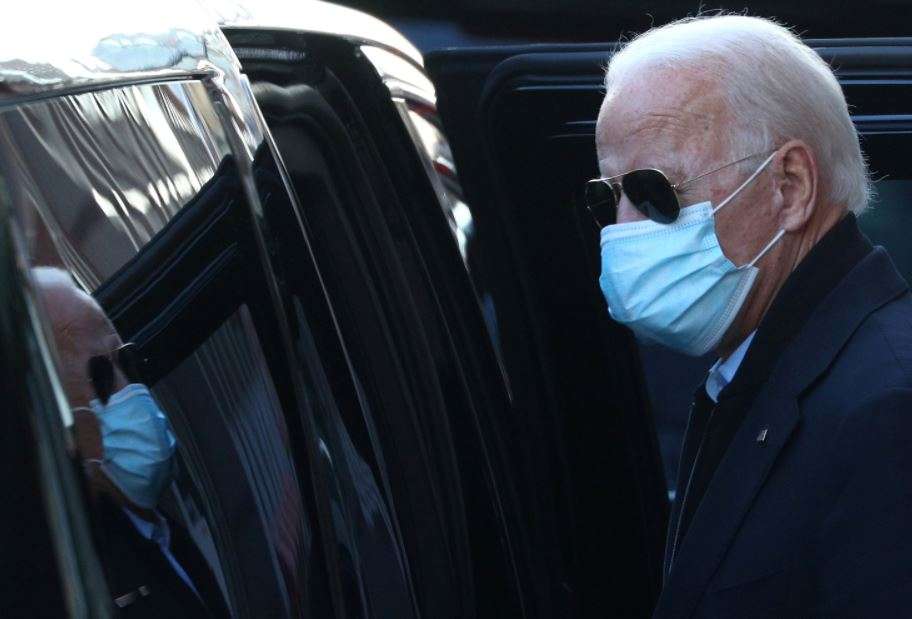 With two months to go before he even gets the keys to the Oval Office, Washington insiders are already asking: will he be a one-term president? Throughout his campaign against Donald Trump, Biden — a “lion of American history,” according to his former boss, Barack Obama — has remained purposefully vague about his future plans.

Investors Diurnal Team - November 21, 2020 0
WASHINGTON: US President-elect Joe Biden and his deputy Kamala Harris have met House of Representatives Speaker Nancy Pelosi and Senate Minority Leader Senator Chuck Schumer and discussed their shared priorities to provide immediate help to working families and small businesses struggling due to Covid-19.Biden, Harris, Pelosi and Schumer in their first meeting discussed the surges in Covid-19 infection rates and the corresponding economic strain that communities, working families, and small businesses are experiencing across the country, the transition team said in a statement after the meeting held in Wilmington, Delaware on Friday."They agreed that Congress needed to pass a bipartisan emergency aid package in the lameduck session, and that package should include resources to fight the Covid-19 pandemic, relief for working families and small businesses, support for state and local governments trying to keep frontline workers on the payroll, expanded unemployment insurance, and affordable health care for millions of families," it said.During the meeting, Biden raised his agenda for the first 100 days of his presidency, including taking aggressive action to contain Covid-19, providing resources to small businesses, families, schools, and state and local governments to power economic recovery, and investing in the middle class to build back better."The president-elect
World News

Investors Diurnal Team - November 19, 2020 0
NEW YORK: US coronavirus deaths passed a quarter of a million people Wednesday as New York announced it would close schools to battle a rise in infections and protests in Europe against restrictions turned violent.America has now registered 250,029 fatalities, according to a running tally by Johns Hopkins University, by far the highest national death toll.US states and cities are imposing a raft of new restrictions, including home confinement, the closure of indoor dining and a limit on gatherings as cases soar across the country.New York Mayor Bill de Blasio said the city's 1,800 public schools would revert to remote learning beginning Thursday after the Big Apple recorded a seven-day average positivity rate of three percent."We must fight back the second wave of Covid-19," he said.The toughened measures in America's most-populous city came despite pharma giant Pfizer boosting hopes of a possible end to the pandemic by announcing improved results for its vaccine.Europe remains the hardest-hit region, accounting for 46 percent of new global cases and 49 percent of deaths last week, according to the World Health Organization (WHO).Its figures additionally showed the only region where cases and deaths declined last week was Southeast Asia.Worldwide, more than 1.3 million people
World News

Investors Diurnal Team - November 25, 2020 0
WILMINGTON: President-elect Joe Biden on Tuesday introduced a slate of veteran diplomats and policy-makers who will make up his national security and foreign policy team, saying: "America is back, ready to lead the world."Biden, 78, presented his picks for secretary of state, national security advisor, homeland security secretary, intelligence chief, UN ambassador and climate change envoy."These public servants will restore America's global leadership and moral leadership," Biden said as the six men and women stood behind him wearing face-masks.Biden said that after he is inaugurated on January 20 and Donald Trump leaves the White House, the United States will "once again sit at the head of the table, ready to confront our adversaries and not reject our allies.""It is a team that reflects the fact that America is back, ready to lead the world, not retreat from it," he said in a jab at President Trump's go-it-alone "America First" policies.Biden's remarks came after Trump suffered further setbacks in his efforts to overturn the results of the election with unsubstantiated claims of fraud.Pennsylvania and Nevada certified the November 3 election results Tuesday, a day after the state of Michigan did so, a move which triggered the General Services Administration (GSA) to