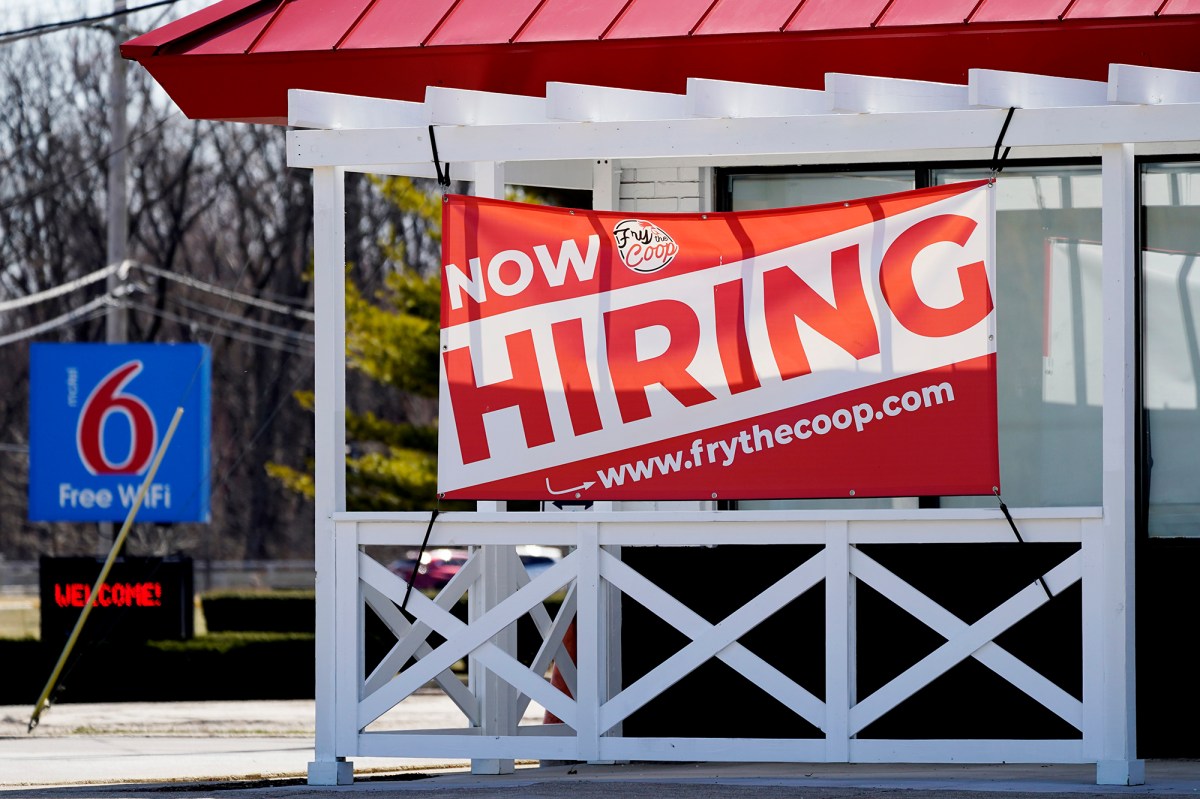 The number of Americans applying for unemployment benefits has hit its lowest level since the pandemic began, the Labor Department reported Thursday.

First-time claims for unemployment insurance totaled 547,000, significantly below the Dow Jones estimate for 603,000, putting the economy on track to return to pre-pandemic levels sooner than experts anticipated.

“For a second straight week, new jobless claims have posted a surprising decline, slumping to a new pandemic low.,” Bankrate’s senior economic analyst Mark Hamrick said in a statement. “The US has excelled by boosting both national and global growth prospects for this year, delivering vaccines and seeing progress in the battle against COVID-19.”

The latest numbers also reflect an improving job market in which layoffs are subsiding.

Weekly jobless claims are down sharply from a peak of 900,000 in early January but they are still far above the roughly 250,000 level before last March when the virus first began spreading in the US.

The overall job market is making steady gains. Last month, the nation’s employers added 916,000 jobs, the most since August, in a sign that a sustained recovery is taking hold. The unemployment rate fell from 6.2 percent to 6 percent, well below the pandemic peak of nearly 15 percent.

At the same time, many lower-wage jobs are not being filled, with employers — particularly hospitality industry related businesses — complaining that they can’t hire enough people right now.

Many states have struggled to clear backlogs of unemployment applications, and suspected fraud has clouded the actual volume of job cuts. In addition, a supplemental $300-a-week federal jobless payment, on top of regular state unemployment aid, might have encouraged more people to apply for benefits.

About 17.4 million people were continuing to collect unemployment benefits in the week that ended April 3, the latest period for which data is available, up from 16.9 million in the previous week.

With the Associated Press

7 oceanfront homes for sale at the Jersey Shore

Why are there so many phone and online scams at the moment?

Prime Day: Keep an eye out for scams while online shopping...

Investors Diurnal Team - July 29, 2021 0
A former director of software companies that were part of an alleged telemarketing scam says he accepted the job after being swindled out of...
Business

Investors Diurnal Team - July 23, 2021 0
PETERSBURG, Va. (WRIC)– The City of Petersburg has decided to reopen a section of Sycamore Street that was used to help out businesses during...