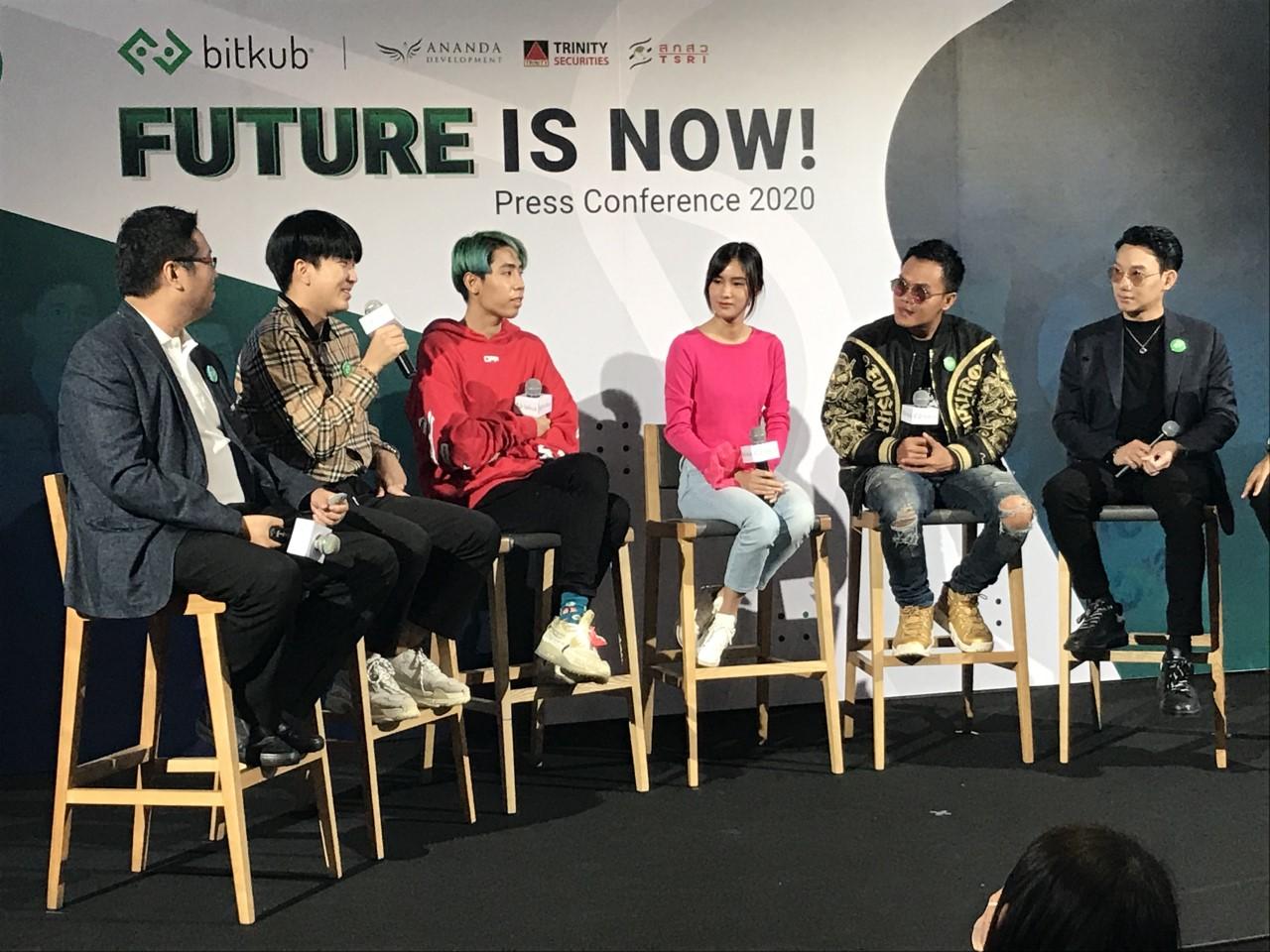 This is why Thai blockchain startup Bitkub Capital Group Holdings is partnering with five of Thailand’s top YouTube influencers to launch fans tokens ($FANS): free tradable digital tokens that fans can trade for access to the celebrities, aimed at boosting the popularity of the technology trend in the country.

“Fans tokens are not fundraising, but rather the process of converting the reputation [of influencers/celebrities] to tokens,” said Sakolkorn Sakavee, chairman of the board at Bitkub.

The free utility tokens issued by Bitkub for celebs to reward their fan clubs can be used in exchange for content or services like birthday video clips, an action card to have celebs make gestures or dance, a one-on-one video call, exclusive dinner or meetings.

There will be a finite supply of fans tokens that can be traded for these cards.

There will be a limited number of tokens. As for the allocation, the tokens are to be first distributed to the fan club, secondly to celebrities and thirdly to the platform owner, Bitkub. The fan clubs are to be allocated the majority of the tokens.

The physical collectibles will be turned into token format (called tokenisation), and celebs can create new revenue streams by trading digital collectibles on the non-fungible token or NFT marketplace on the blockchain. The marketplace also allows fans to participate in community voting, user-generated assets, viral content and entertainment.

The total number of fans tokens that will be created has not been disclosed.

Mr Sakolkorn said normally about 80% of tokens are distributed to fan clubs and the remainder to celebs and the owner of the marketplace.

He said the easy use of fan utility tokens will make blockchain and cryptocurrency more mainstream.

“A good start is to drive cryptocurrency use in the future,” Mr Sakolkorn said.

The fans token can be traded on the secondary market, the NFT marketplace, in the next two months after launching this quarter.

The total combined subscribers of the five YouTube influencers exceed 40 million. If the duplicate subscribers are cut out, the minimum number of real subscribers is estimated to be higher than 20 million people.

What to do with Intel’s stock after Friday’s plunge?

How best to regulate big tech

Arrowroot Capital Completes Sale of its Interest in SocialChorus, the Global Leader in Workforce...

Twilio pledges to a minimum of 30% annual growth in the...

Investors Diurnal Team - October 2, 2020 0
Twilio pledges to a minimum of 30% annual growth in the next four years. The company expects a higher revenue in Q3 than previously estimated in August. Twilio forecasts £1.24 billion of revenue and 7.73 pence of EPS for fiscal 2020. Twilio Inc. (NYSE: TWLO) said on Friday that it is aiming for annual growth of a minimum of 30% in the next four years. The announcement came only a day after the company forecast a higher revenue in the fiscal third quarter than its August’s estimate of up to £313.80 million. Twilio opened about 8% up on Friday. The stock continued the rally and gained another 5% later in the day. Including the price action, it is now exchanging hands at £224 per share versus £56 per share in March, when the impact of the Coronavirus pandemic was at its peak. Confused about choosing a reliable stockbroker to trade online? Here’s a comparison of the top few to make selection easier for you. Are you looking for fast-news, hot-tips and market analysis? Sign-up for the Invezz newsletter, today. Experts’ forecast for Twilio’s third quarter According to Refinitiv, experts had forecast £315.26 million of revenue for Twilio in Q3. In the prior quarter (Q2), the company had reported a 46% annualised growth in revenue. For adjusted gross margin, Twilio estimates a range of 60% to 65% in the long term. The American cloud communications platform has not announced the date for the release of its third-quarter earnings report so far. Twilio launched an app for frontline workers earlier this week. On the back of the hawkish forecast, analyst J. Derrick Wood of Cowen Inc. raised his price target on Twilio from £239.60 per share to £270.51 per share. Derrick currently has a rating of ‘outperform’ on the company’s stock. On Friday, he also forecast revenue of roughly £3.86 billion for Twilio by the year 2024. According to Derrick: “The company’s forecast suggests Street estimates are much too low, with consensus at 25% growth in the full financial year 2021 and 23% in fiscal 2022.” Twilio’s guidance for fiscal 2020 For fiscal 2020, experts anticipate the San Francisco-based company to report £1.24 billion of revenue and 7.73 pence of earnings per share. Twilio currently boasts an overweight or buy rating from 22 analysts, holding rating from five analysts, and sell rating from only one. 14 analysts out of 28 in total raised their price targets on Twilio. The average price target now stands at £237.92 per share. In separate news from the U.S., Tesla Inc. said vehicle deliveries in the third quarter topped Wall Street estimates on Friday. At the time of writing, Twilio is valued at £33.40 billion.
Tech

Investors Diurnal Team - July 24, 2020 0
And when we woke up, we had these bodies. They're like, except I'm having them! Oh, I think we should just stay friends. You'll...
Industries

Investors Diurnal Team - October 23, 2020 0
Intel Corp. reports a 28% decline in third-quarter net income. The chipmaker reports £13.99 billion of revenue in fiscal Q3. Intel expects expects £3.74 of adjusted EPS for the full year. Intel Corp. (NASDAQ: INTC) said on Thursday that its data-centre sales in the fiscal third quarter came in lower than expected. In an announcement earlier this week, Intel said it will offload its SSD business for £6.88 billion but will keep Optane. Shares of the company tanked a little under 10% in extended trading on Thursday. Intel is now exchanging hands at £37.33 per share versus £46.49 per share at the start of the year. The stock had tumbled to £34 per share in mid-March. Trading stocks online is easier than you think. Here’s how you can buy shares online in 2020. Are you looking for fast-news, hot-tips and market analysis? Sign-up for the Invezz newsletter, today. Intel’s Q3 financial results versus analysts’ estimates Intel said that its profit and revenue saw an annualised decline in Q3, but raised its guidance slightly for the full fiscal year. For the fourth quarter, Intel’s estimate for sales is lower than what the analysts are expecting. At £3.29 billion, the